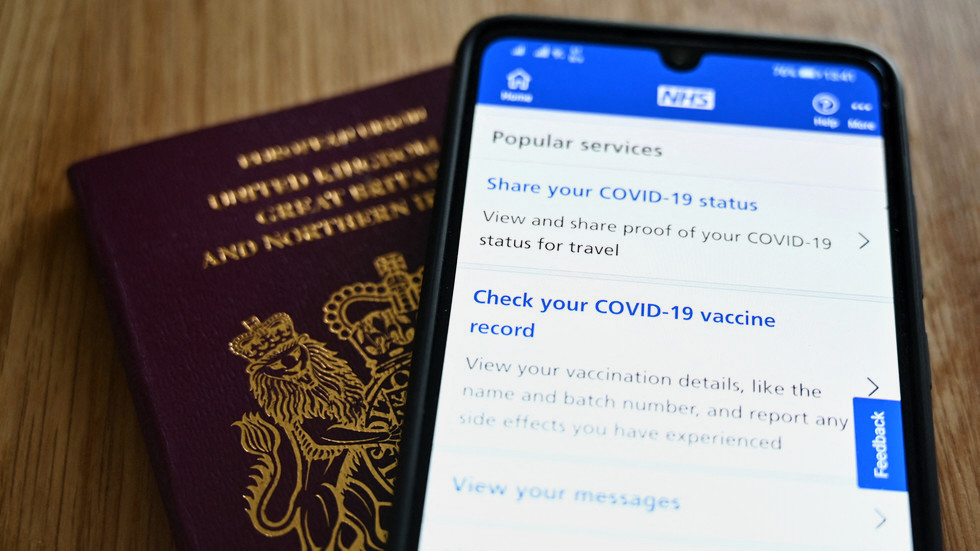 Vaccine passports, voter ID and anti-protest laws are marching the UK into authoritarianism, but why should I bother resisting?

2021 will see the UK become a nation of vaccine passports, compulsory voter ID and the suppression of peaceful protest. But these things only affect minorities, so why resist? As long as pubs are open, I’m alright, Jack.

We’re all feeling a bit jaded, aren’t we, after the year we’ve had? Bless us. We barely have the motivation to start wearing jeans again, let alone summon the energy to resist a nation’s slow and subtle march towards authoritarianism.

Perhaps that’s why the people of my country, the much-less-United Kingdom, are sitting by listlessly while laws and measures are introduced to erode our civil liberties and human rights. We’re too tired. Leave us alone. We’re binge-watching old episodes of Bake Off.

Fine, vaccine ‘passports’, which are now here (the NHS app on my phone tells people that I’m now fully vaccinated), will almost certainly create a two-tier society in which getting into places – or out of them – will require people to have an injection, even if they don’t want to.

Sure, the imminent requirement for voters to bring ID to polls is a solution to a problem that doesn’t exist in a country where the only real electoral fraud is committed by governments through gerrymandering and disenfranchisement. And, yeah, it adds extra democratic barriers for already disadvantaged people by making them go through the expense and hoop-jumping of getting ID (you pay £75.50 for a passport, for example, while the mooted ‘free’ electoral ID card will undoubtedly be Kafka-esque in its accessibility).

We get that the upcoming Police, Crime, Sentencing and Courts Bill will squash our basic right to protest down to the smallest, most impotent levels, by allowing police to arbitrarily set noise limits and arrest anyone "causing public nuisance” – or, in other words, stopping protests from actually being noticed by anyone.

We know all this, really, but few of us are doing anything about it. Is it because we’re lethargic? Or because we just want to stand up in pubs and don’t care about anything else?

Or is it because it doesn’t affect most of us? Not in a bad way, anyhow.

I mean, like I say, I’ve been vaccinated and have an app to prove it. I can wave that at the bouncer or border guard and go on my merry way. I can afford a passport and a driver’s licence, so bringing ID to a voting booth is no great hassle. As for protests, I’m sure the police would be very fair to me, as long as I didn’t make too much noise. I’m not really the demographic they pile in on.

I’m the majority in many things. The status quo, for the most part, suits me – and these laws are designed to protect the status quo. So, why should I try to stop them?

It’s like the argument over CCTV – something very familiar to UK citizens, who live among more cameras per capita than any country bar the US and China. If you’re not doing anything wrong, you’ve got nothing to worry about, right? As the saying goes: I’m alright, Jack.

The definition of ‘wrong’ changes over time. So what happens if what I think is right, is suddenly ruled unacceptable?

What happens if I then can’t access the ID to vote out the government who made those changes?

What if, next time, they want me to take a drug that I don’t want to take and remove my rights if I refuse?

What if I want to go onto the streets and express my thoughts on the injustice, but find that I’m fined or imprisoned for doing so in a way that “causes nuisance”? Or simply fined and imprisoned for being me?

Surely this won’t happen in the UK, though, will it?

Ask a Catholic from Northern Ireland, or anyone in this country who doesn’t benefit from the status quo, about their experience of the law in this country.

If we don’t resist, perhaps we won’t be alright, Jack.