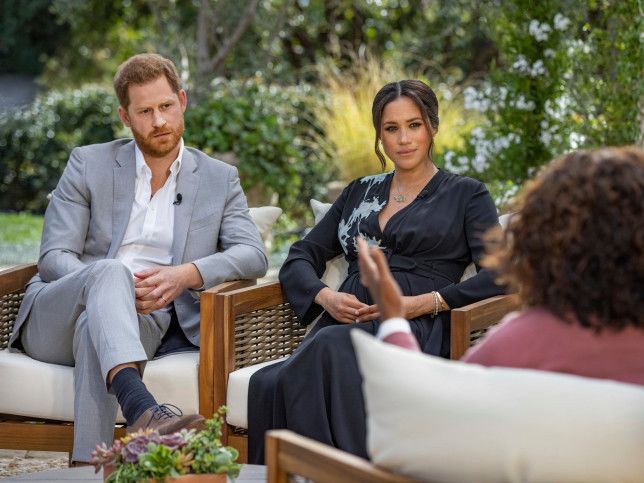 The panel of The View recently spoke about Prince Harry and Meghan Markle’s upcoming interview with Oprah Winfrey, with panelist Sunny Hostin saying that in her opinion, she is ‘surprised’ that the royal family ‘haven’t tried to even apologise’ for not doing more to ‘protect’ Meghan.

On Monday evening, ITV is set to air the Duke and Duchess of Sussex’s two-hour tell-all interview with Oprah, where the couple will address why they decided to step away as senior, working members of the royal family and relocate with their son Archie from England to the US.

Amid the release of teaser clips, one of which features Meghan saying the royal family – who she calls ‘the firm’ – were ‘perpetuating falsehoods about us’, the duchess was accused of bullying staff during her time at Kensington Palace.

Speaking with her fellow The View co-hosts about Meghan, Prince Harry and their Oprah interview, Sunny stated: ‘It’s interesting because I think they are that concerned – the firm, the Palace, the family, the royal family – they are that concerned about that Oprah interview to dredge up some allegations from two and a half years ago, that she allegedly bullied the staff by sending emails at 5am.’

Sunny remarked that she often sends emails at 1, 2 and 5am in the morning, and so she ‘would have had many cases against me by now if that’s considered criminal behaviour’.

‘I’m really shocked that rather than trying to mend this rift, rather than supporting Meghan and Harry, who I think removed his wife and his family from England because of the terrible racial hatred that she was subjected to, and he didn’t want history to repeat itself after what happened to his mother with the media,’ she added. 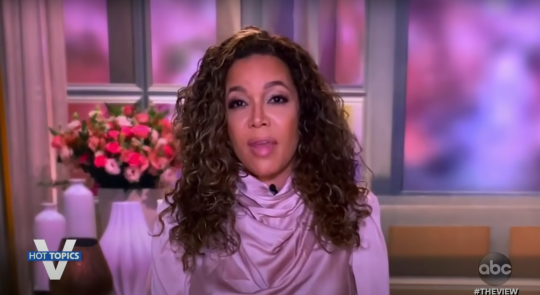 ‘I’m just surprised that they haven’t tried to even apologise for not protecting her more, and instead do this. It says a lot, I think, about the workings of the royal family.’

Meghan McCain stated that in her opinion, she finds it ‘really interesting because it’s a very obvious oppo-dump on Meghan Markle’.

‘One of the things she’s being accused of in her abuse is emailing staffers early in the morning. So I think that’s obviously ridiculous on a lot of different levels,’ the TV personality said.

‘Right now they’re trying to make Meghan Markle look really, really bad, including accusing her of wearing diamond earrings that were gifted to her by the Prince of Saudi Arabia after Jamal Khashoggi was murdered. 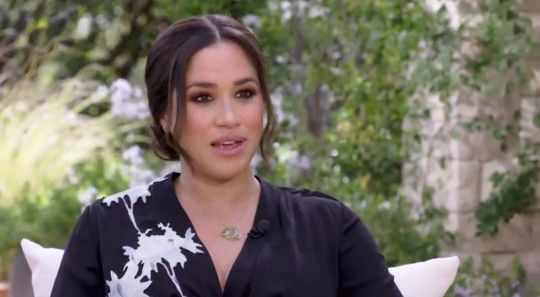 Meghan said royal family were ‘perpetuating falsehoods about us’

Joy Behar also chimed in, saying that in her view ‘in the British monarchy, they will just make your life miserable’, so ‘you’d better toe the line’.

‘Look what happened to Diana, same thing, same thing. They do not like it when you go up against them,’ she said, adding that she is ‘on Team Meghan Markle’.

Meghan’s former Suits co-star Patrick J Adams recently spoke out in her defence, saying that he finds it ‘obscene’ that the royal family ‘is promoting and amplifying accusations of “bullying” against a woman who herself was basically forced to flea the UK in order protect her family and her own mental health [sic]’.

Following the claims of bullying made against Meghan, a spokesperson for the Duke and Duchess of Sussex said: ‘The Duchess is saddened by this latest attack on her character, particularly as someone who has been the target of bullying herself.’

Buckingham Palace has said it is ‘very concerned’ about the allegations.

A spokesperson said: ‘Accordingly our HR team will look into the circumstances outlined in the article. Members of staff involved at the time, including those who have left the Household, will be invited to participate to see if lessons can be learned

‘The Royal Household has had a Dignity at Work policy in place for a number of years and does not and will not tolerate bullying or harassment in the workplace.’