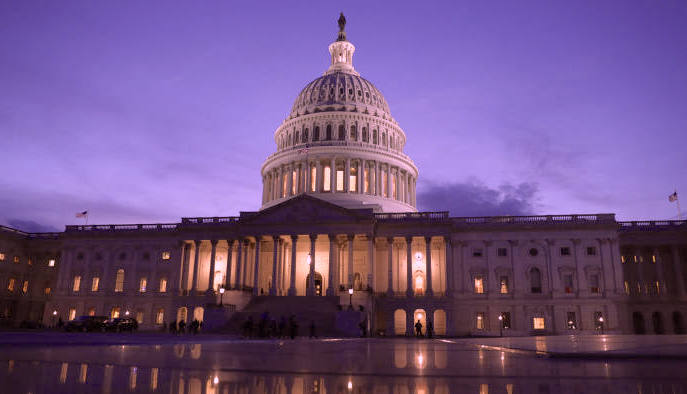 In the House Subcommittee on National Security, International Development and Monetary Policy hearing on Tuesday, lawmakers asked the difficult question from industry experts on CBDC: how far behind the U.S. actually is — especially with China.

The title of the meeting was “The Promises and Perils of Central Bank Digital Currencies” but, most lawmakers used their time to question how harmful it is for the U.S. to drag its feet on a digital dollar, and which elements of a project would benefit from public action or private sector solutions.

Rep. Jim Himes (D-CT) and Rep. Andy Barr (R-KY) both opened with concerns of “inaction.” Himes wondered what time horizon of inaction would cause the U.S. to lose “the ability to lead and innovate” in the CBDC landscape.

He asked: “Is it three months? Three years?”

Panelist Dr. Julia Coronado, Founder of MacroPolicy Perspectives, said that putting a countdown clock on falling irrevocably behind is unrealistic.

She referred to key metrics:

“What I would look for as a sign that the U.S. has missed the mark of the train leaving the station would be wide-scale adoption of a central bank digital currency and cross-border leaps.”

As it now stands, the only examples of cross-border bank-to-bank transactions of the digital yuan are between China and the United Arab Emirates.

Barr built on those concerns by asking about China directly: is the U.S, on track to cede a competitive advantage to China in this area?

Robert Baldwin, Head of Policy for the Association for Digital Asset Markets, was less concerned. Privacy concerns and a lack of capital controls over China’s offering could make the dollar more appealing by comparison.

“The U.S. needs to catch up to Chinese development, but when the U.S. presents its own alternative there is an obvious incentive for the current system to utilize and American-based system.”

While some spent their time focusing on the pace of innovation, other lawmakers who have historically moved the needle forward for blockchain regulation used their time to question what that innovation will look like.

Some have speculated that China’s digital yuan will be used as a surveillance tool to track citizens. It is imperative, according to some in Congress, that the architecture of a digital dollar does not carry the same capabilities. Whether or not that would in reality be the case, is another matter.

“Any attempt to craft a central bank digital currency that enables the Fed to provide retail bank accounts and mobilizes the CBDC rails into a surveillance tool, able to collect all sorts of information on Americans, would do nothing but put the United States on par with China’s digital authoritarianism.”

Source: US Lawmakers Are Worried About China Being Ahead of US With CBDC – Fintechs.fi