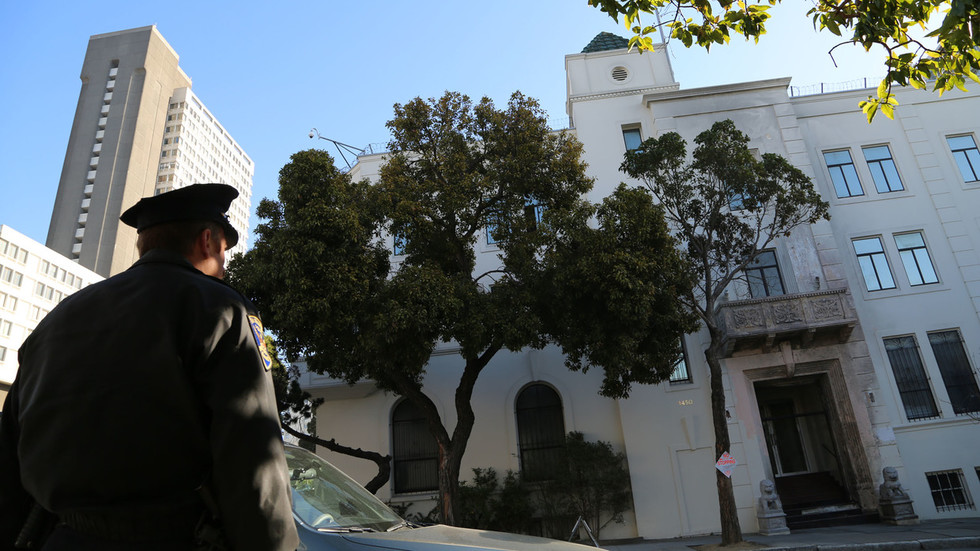 US prosecutors have accused the Chinese Consulate in San Francisco of harboring a scientist wanted for visa fraud. Beijing said Washington is using any excuse to harass Chinese scholars.
A Chinese medical scientist suspected of obtaining a US visa on false pretenses may be hiding in the Chinese Consulate in San Francisco, the FBI believes, according to a court filing.

Asked about the claim on Thursday, a Chinese Foreign Ministry spokesman accused the US government of being biased against Chinese scholars and using any pretext to harass them.

“For some time, the US has held ideological bias to continuously surveil, harass and even arbitrarily detain Chinese students and scholars in the US,” Wang Wenbin said during a daily briefing.

The person in the focus of the row is Juan Tang, who worked at the University of California, Davis (UCD). Last month she was charged with visa fraud after US prosecutors accused her of pretending to be a civilian while actually being a member of the Chinese military.

In court papers filed on Monday in a case against another Chinese scientist, allegations against Tang were cited as an example of a similar crime. Among other things, the complaint said that after her home was searched on June 20, Tang “went to the Chinese Consulate in San Francisco, where the FBI assesses she has remained.” Axios was the first media outlet to notice the alleged involvement of the Chinese diplomatic mission and report on it.

The filing, which argues for keeping a Stanford neuroscientist named Chen Song in custody, cites two other recent cases in addition to Tang’s, in which Chinese researchers were accused of hiding their military connections to gain entrance to the US.

The crackdown appears to be part of Washington’s effort to root out Chinese scientists and students from US universities. The US government claims many Chinese nationals are on a mission to steal American intellectual property under the guise of academic work.

The accusation of harboring a wanted fraudster was revealed just after the US ordered China to shut down its consulate in Houston within 72 hours, accusing it of being involved in espionage. President Donald Trump said more Chinese consulates may be forced to shut down.
#Donald Trump
Add Comment