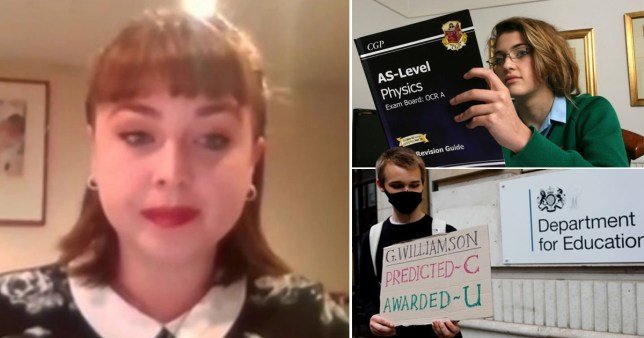 A team of seven volunteers have founded a new organisation to help A Level students hit by the marking ‘fiasco’ which has seen thousands of students’ grades moved down.

Open Tutoring UK say they will provide free tutoring to those who are having to resit exams after missing university offers because their results were downgraded.

The network say they have had ‘an amazing number of people sign up’ – both as tutors and students, despite only launching yesterday afternoon. More than several hundred members have joined – but numbers are continuing to rise, three co-founders told Metro.co.uk.

Seven volunteer current university students and graduates say they were moved to help students with the network by the ‘classist algorithm the Government used to determine the future of students’.

Around 280,000 pupils saw their predicted marks downgraded. In total, 36% of entries were given grades below that predicted by teachers, and 3% were down two grades – sparking widespread anger and protests, with many students missing out on university offers.

Co-founder Kate Rist explained: ‘For me it was simple, A-Levels are the stepping stone to university or a career and these students have faced hardship initially due to lack of school time, and now they are being penalised for it.

‘Having an algorithm decide your future, a future that you didn’t get a chance to have a say in, is untenable.

‘Deciding to help set up Open Tutoring UK was easy, while it doesn’t condone the government mistakes, it enables those students most affected by this downgrading a chance at their October exams.’

The organisation says it were inspired by how many people were offering free tuition to students facing more exams this autumn – but wanted to provide a ‘clearly mapped out path’ to match those people to particular students who they could help most effectively.

They say they were also keen to help those unable to afford private tutoring or other support and would back a government u-turn reverting to teacher predictions.

If the Government does change its policy, the group says it will be ‘agile’ and still provide a support network and ‘continue in a tutoring capacity’, with additional guidance on university applications.

Another co-founder, Imogen Edwards-Lawrence, added: ‘That so many students have been robbed of the opportunity to determine their own futures owing to something as arbitrary as a postcode, as opposed to the expertise and knowledge of their teachers or even their own academic performance, was completely shocking to me.

‘Setting up OpenTutoring is the least that we as individuals can do in an attempt to mitigate the damage these decisions have done to the futures of those students, particularly those for whom tuition and additional support would not otherwise be an option.’

Fellow founder Grace Almond branded the Government’s ‘failure to take charge’ a ‘historic failure’, with the network hoping to help students be as prepared as possible before any autumn exams.