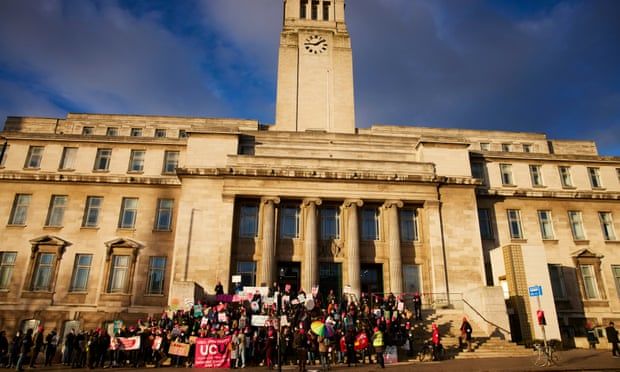 Staff are asking universities to set up food banks because they are struggling with rising bills and say they cannot afford to eat properly.

As food and energy prices rise, the University and College Union says young academics teaching on casual contracts and low-paid support workers such as porters and cleaners are finding themselves on the breadline.

Some staff members at Leeds, a member of the Russell Group of leading universities, said they couldn’t afford adequate meals and called for a staff food bank on an anonymous message board last month. The online message board, seen by the Observer, was set up by students who occupied university buildings to protest at low staff pay.

One staff member wrote: “Another morning where I wake up hungry because I couldn’t eat enough last night.” They added that they had survived on two or three meals of plain rice a day during the pandemic.

A second anonymous university worker said: “This Tuesday I attended my appointment to collect a waste food hamper from a charity. I do this every fortnight so I can make ends meet. No savings in any month.”

One young academic said: “This winter my flat was so cold that I bought myself a pair of gloves to wear while working. Turning the heating on was too expensive.”

Jo Grady, general secretary of the UCU, said: “It is inexcusable that low wages from university and college bosses have forced education staff into using food banks and it is an indictment of the entire sector that has held down pay for far too long.”

UCU members at 20 universities have been boycotting marking and assessment in protest at pension cuts, pay and working conditions, although in recent days Leeds has settled its dispute.

Ruth Holliday, professor of gender and culture at the university said: “It makes me feel angry and slightly ashamed to hear there are people working in my university who can’t afford food. It’s just desperately unfair. Universities need to pay people enough to live.”

She added that most first year undergraduate seminars are now taught by PhD students, who are typically juggling multiple hourly paid teaching contracts to make ends meet while writing their thesis. 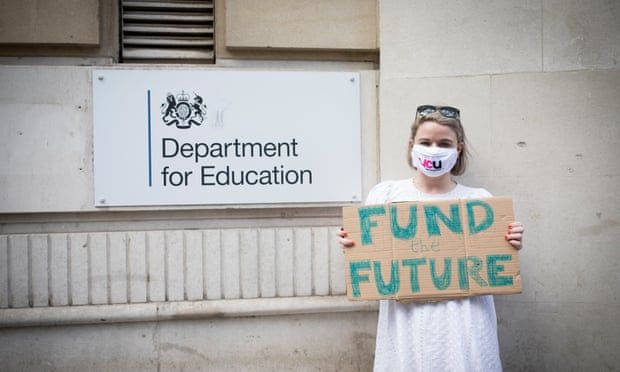 “These young academics will be given an hourly rate for their teaching, but what they are paid won’t cover the many hours they have to put in to prepare for each seminar,” she said. “If you work it out based on the work they actually do, that hourly rate becomes practically nothing.”

A PhD student currently doing casual teaching jobs at Birmingham University, who did not want to be named in case it harmed her job prospects, said: “Food and electricity bills are a big worry. I have very quick showers and at the weekend I come in and work on campus because I’m scared to use too much electricity.”

She added: “My students have no idea I don’t get enough money for teaching them. It’s a battle to make my rent. I’d love to be in a position where I’m not just surviving all the time. It’s incredibly stressful.”

Dr Marian Mayer, UCU’s national representative for disabled members, said the experience of members at Leeds was “emblematic of a much wider problem”.

She said: “I have had conversations with members who are at their wits end. Some have reported to their shame that they have used food banks. Others know they cannot afford the cost of living rises.”

The UCU says members at further education colleges are also struggling to pay for food and bills.

The head of HR at Abingdon and Witney College in Oxfordshire emailed staff in March explaining that the college could not make any immediate improvement to staff pay to help with the rising cost of living, but staff could “take any items you need” from campus food banks. The email said the college would move donated food items to “a more confidential space”, and female staff could ask at reception if they needed free sanitary products.

Jo Milsom, vice principal for social engagement at Abingdon and Witney College, said: “The unprecedented nature of current affairs has meant that many of our staff are struggling financially and as a responsible employer we are doing everything we can to assist.

She added: “No one should have to access food banks to survive, but we feel it is responsible to support our colleagues to do this in a discreet way if they need to.” She said many staff members had thanked them for this.

A spokesperson for Leeds University said: “We recognise these are difficult times for many of our staff and students, as they are for much of society, and we are taking action.”

He added that as well as moving more staff on to permanent contracts “we will next month make extra payments of £650 to all staff on lower pay grades, and will consider whether further one-off payments should be made later in the year”.

He said the university was also increasing the level of its staff assistance fund for those in financial difficulty.