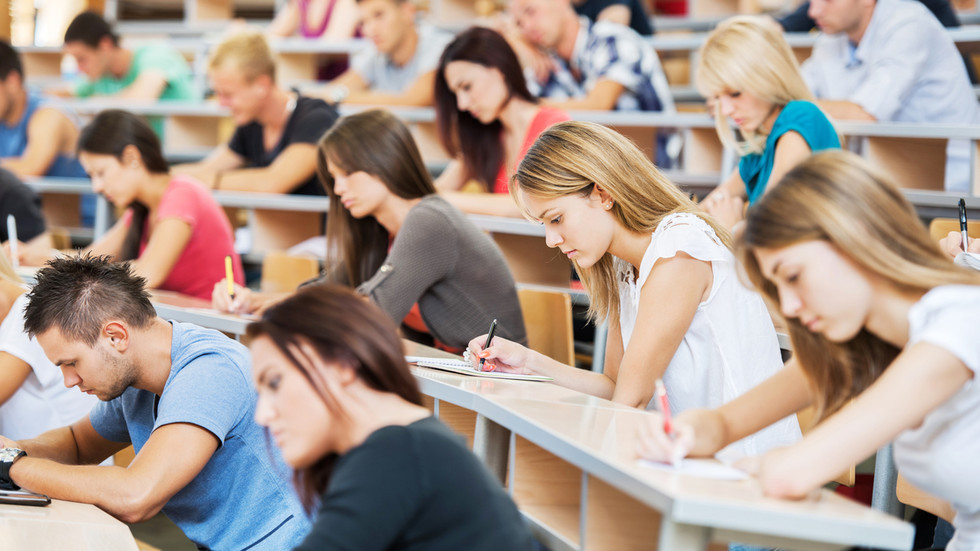 England’s higher education watchdog has warned it will take action against institutions that ignore students’ poor writing skills as part of their “inclusive assessment” policies, saying it’s a “widespread” problem.
On Thursday, the Office for Students (OfS) published the findings of a review of assessment policies at five unidentified UK universities and colleges. The independent regulatory body noted that institutions were failing to mark down students for poor spelling, grammar, and punctuation.

The review found a “range of practices” that caused concern about the quality of “rigour” in student assessments. In particular, it said some institutions had interpreted the 2010 Equality Act to not assess written English proficiency for all students.

The OfS review said there was “no inconsistency” in complying with equality legislation and making assessments “accessible” while also maintaining rigour in spelling, punctuation, and grammar. Failing to do so was not necessary or justified, it said.

The review was prompted by a number of reported instances this year in which universities were overlooking literacy errors in an effort to boost “inclusivity” among students, with the reasoning that requiring good written English skills could disadvantage students from certain groups, such as ethnic minorities or those from underperforming schools.

In one case, a University of Hull marking policy reportedly stated that a “homogenous North European, white, male, elite mode of expression” put students whose first language is not English at a disadvantage.

Other instances of inclusive marking were highlighted at the University of Worcester, Durham University, and the University of the Arts London. At these institutions, staff were apparently told to focus on marking ideas and understanding of subject matter as opposed to language mistakes.

Last month, former Education Secretary Gavin Williamson referenced these instances at a higher education conference and said that “lowering the bar for certain groups of students serves no one.” He called it “patronising to expect less from some students under the guise of supporting them.”

OfS Director of Regulation Susan Lapworth mirrored those remarks in comments accompanying the review, which said students should be able to “effectively and correctly” communicate their ideas. She said the practice of ignoring poor language skills was both “patronising” and “threatens to undermine standards [and] public confidence in the value of a degree.”

She said the issue will be revisited in a year and action will be taken where practices lacking rigour are identified.

The OfS review also suggested that the lowered standards of assessment practices “could be an indicator of wider concerns” such as “unexplained grade inflation,” although it noted that further study would be needed to “test this hypothesis.”

However, Universities UK, which represents over 140 institutions, said the review was too narrow in scope and claimed there was “no evidence” to suggest such assessment practices were “the norm” across the “large and diverse” higher education sector, the Guardian reported. There are more than 400 institutions registered with the OfS.

Meanwhile, Minister for Higher and Further Education Michelle Donelan said the government was “determined to drive up standards at universities so that every student can benefit from a quality education which leads to good outcomes.”
Add Comment