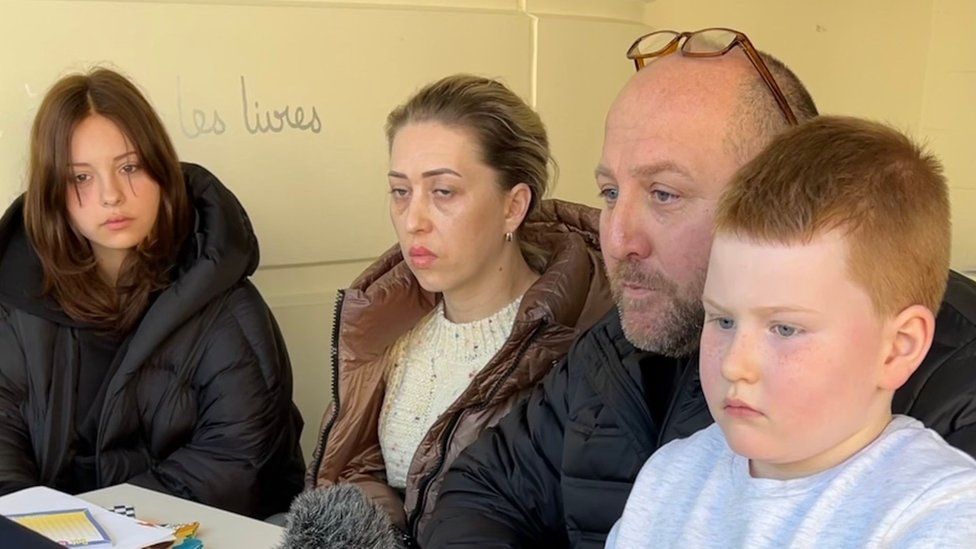 Ukrainians on way to UK hit paperwork dead-end in Calais

Misha Raminishvili was close to despair, his daughter in tears, as the news came through. His wife Maria had a vacant look in her eyes that spoke of a nightmare journey still without a final destination.

"No visa for at least another week," he said, simply. "No-one can help us in Calais."

I met Misha, with his Ukrainian wife Maria and two children, at a hostel in the French port which is accommodating 137 Ukrainian refugees.

Misha has a house in Hornchurch, east London, but lives between there and Kyiv.

He and his son, Misha Jr, have UK passports. But his wife Maria, and daughter Gabrielle, do not - and therefore need visas to enter the UK, which require biometric checks.

Misha has been stuck in Calais for five days, unable to get his family across the Channel, in what would be the last leg of a journey that began on 24 February.

At the start of that journey, Maria walked 45 miles to Ukraine's border with Romania before Misha reached her.

"I feel left out," Misha told me in Calais. "Who else is going to help me if not my own government?" 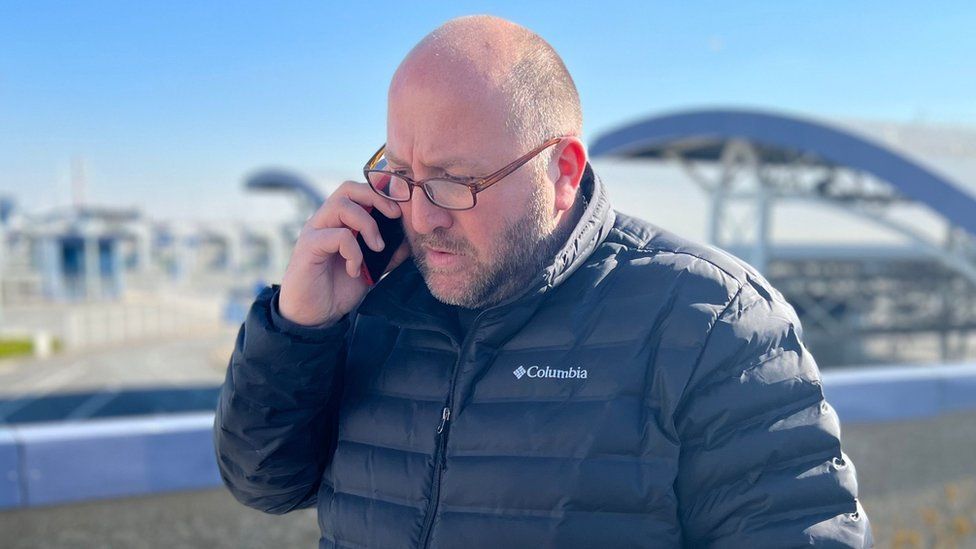 Misha Raminishvili and his son can enter the UK, but his wife and daughter can not

More than 500 Ukrainian refugees are currently in Calais, hoping to get to the UK.

Among them are families with small children and babies, as well as elderly women who have fled the war and crossed a continent.

Many tell of having attempted to reach Britain, only to have been turned back by Border Force officials because they didn't have the right paperwork.

Despite Home Secretary Priti Patel saying she had "surged a Home Office team" to help people on the ground in Calais - and denying that anyone had been turned back at the border - there is frustration and despair among those trying to navigate the bureaucracy.

A Home Office presence at a local administrative building disappeared this morning, a sign at the hostel advising people to go to Brussels or Paris to apply for a visa.

Desperate refugees returned from the building to say they didn't know what to do - or where to go.

Eventually, Misha spoke to a Border Force official who advised him to head across town to the old port building.

He has a car and was able to drive there. But when he arrived, the Home Office representation amounted to three men at a table in a deserted departure hall with bags of ready salted crisps and chocolate bars.

When Misha asked them how he could get home to England with his family, he was told he could have an appointment in Paris on 15 March.

"Another week stuck here," Misha lamented. "I have never claimed a benefit in my life and the first time I ask my government for their help, this is how they treat me. I am gutted."

The Home Office had promised refugees arriving in Calais there would be support available to help them complete the final leg of their long journeys.

However, a Home Office statement today announced: "There is no visa application centre in Calais and people should not travel there.

"Anyone wishing to make an application under the Ukraine Family Scheme should apply online and then to travel to their nearest visa application centre.

"The only visa application centre in France is in Paris."

A charity worker from Care4Calais has become the focal point for many of the refugees in the hostel, but she too is frustrated by the lack of information and support from the UK authorities.

The prime minister has said the UK government will be "very, very generous" in its approach to helping Ukrainian refugees come to the UK, but in Calais people fleeing the war and looking for sanctuary in Britain spoke of a different attitude from those at the border. 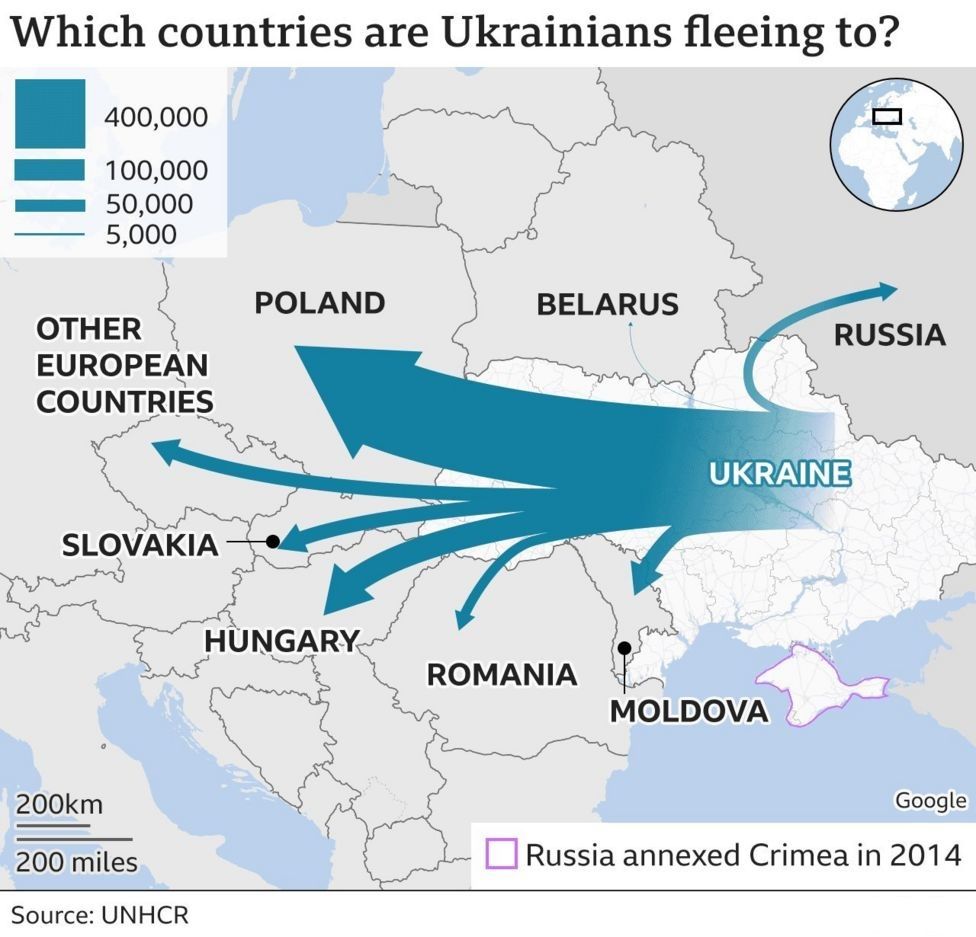