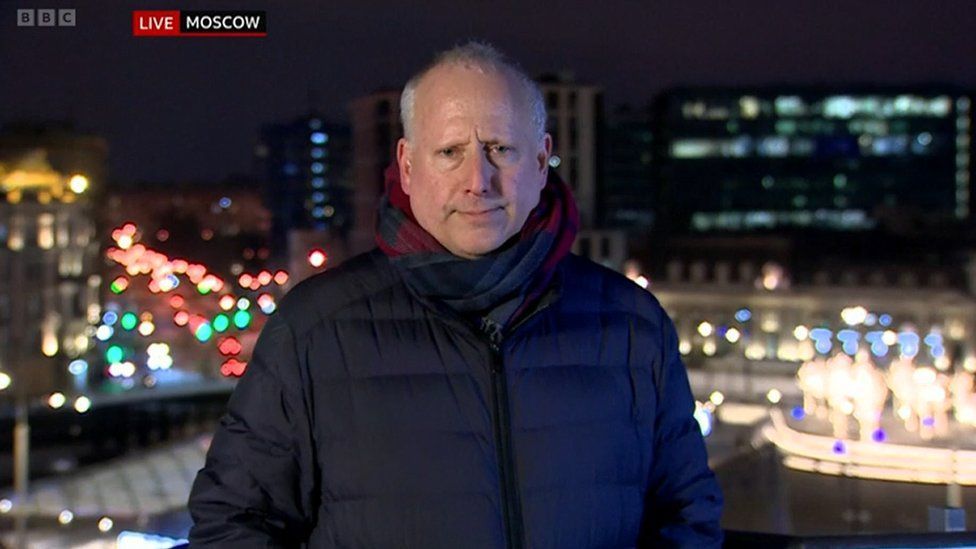 BBC News journalists in Russia have resumed their broadcasts, days after putting their work on hold after the introduction of a strict new media law.
The law threatens anyone deemed to have spread "fake" news about Russia's armed forces with up to 15 years in jail.

Numerous other Western news media also suspended their operations. On Tuesday, the New York Times said it was pulling its staff out of the country.

The BBC has decided to resume work after "careful deliberation", it said.

A statement said: "We have considered the implications of the new legislation alongside the urgent need to report from inside Russia.

"After careful deliberation we have decided to resume English language reporting from Russia this evening (Tuesday 8 March), after it was temporarily suspended at the end of last week.

"We will tell this crucial part of the story independently and impartially, adhering to the BBC's strict editorial standards. The safety of our staff in Russia remains our number one priority."

In their first broadcasts since the suspension, BBC correspondents Steve Rosenberg and Jenny Hill reported from Moscow on Tuesday.

On Friday, BBC director general Tim Davie said he was not prepared to expose staff "to the risk of criminal prosecution simply for doing their jobs".

The BBC's resumption of broadcasting came as the New York Times announced its withdrawal.

A spokesperson for the newspaper said: "Russia's new legislation seeks to criminalise independent, accurate news reporting about the war against Ukraine.

"For the safety and security of our editorial staff working in the region, we are moving them out of the country for now.

"We look forward to them returning as soon as possible while we monitor the application of the new law."

Access to BBC websites has been restricted in Russia, and the Kremlin took BBC World News off the air in the country at the weekend.

"We regret that our Russian audiences are being denied access to trusted and impartial news at a time when they need it most," a BBC spokesperson said at the time.

The corporation has provided information for people in Russia about how to continue to access BBC News.
Add Comment