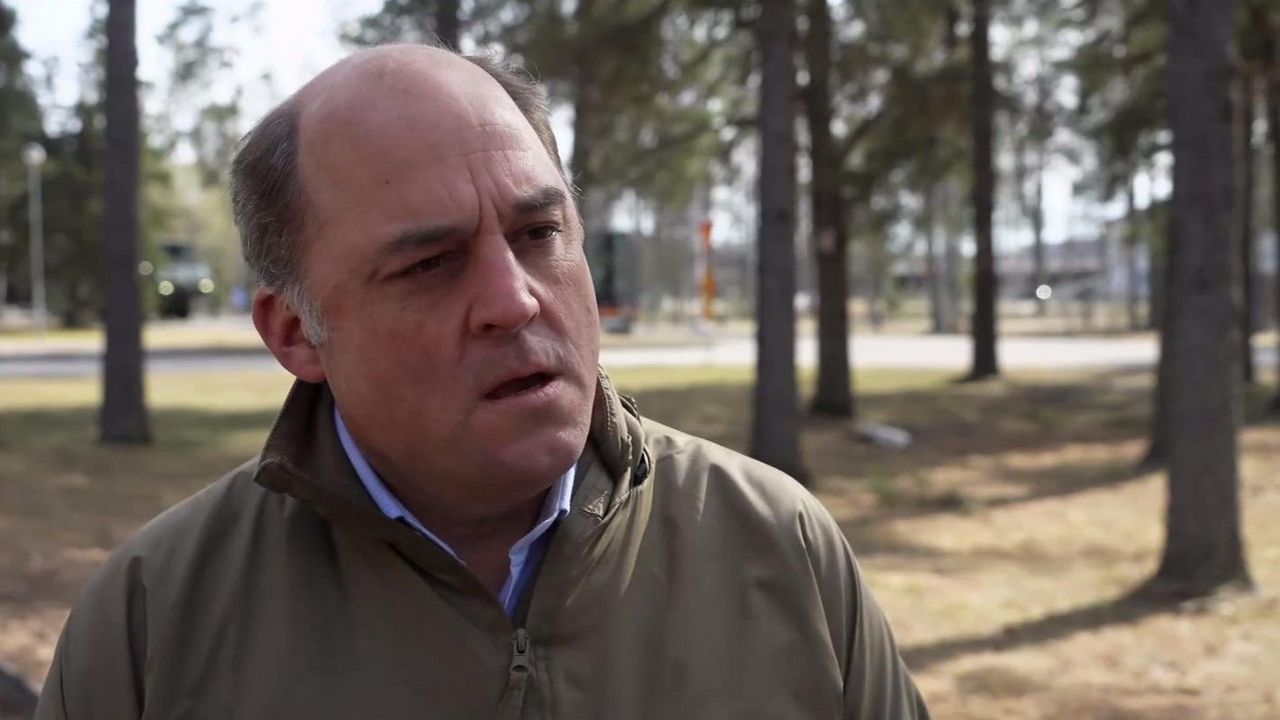 Ukraine: Wallace says UK is not preparing for war

The defence secretary makes the comments as 8,000 UK troops deploy to eastern Europe for training.

Defence Secretary Ben Wallace has said the UK is not preparing for war with Russia.

Speaking after news last week that around 8,000 British troops are to take part in training exercises across eastern Europe, Mr Wallace said that it was no surprise that Russia accused the exercise of being a preparation for war.

Dozens of tanks will be deployed to countries ranging from Finland to North Macedonia this summer. Joining them will be tens of thousands of troops from Nato, and the Joint Expeditionary Force, which includes Finland and Sweden.

The defence secretary went on to say that "Russia is always sensitive about its borders" but every country has a "sovereign right, whether they are big or small, to make its own security arrangements".