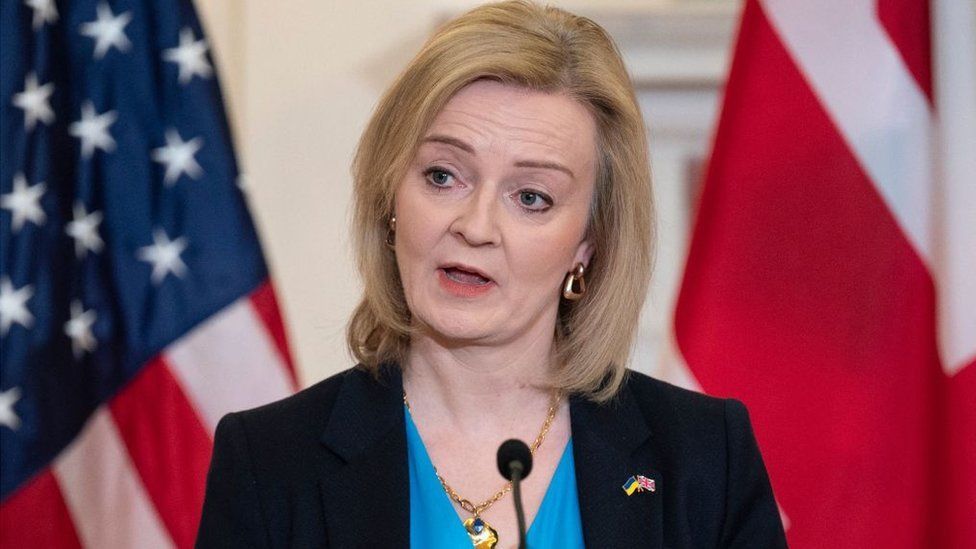 Ukraine-Russia war: The era of complacency is over, says Liz Truss

Russia's invasion of Ukraine shows that "the era of complacency" is over, the Foreign Secretary Liz Truss will warn in a speech in Washington DC.

Addressing a think tank, Ms Truss will say aggression, such as that shown by Vladimir Putin, can never again be allowed to "grow unchecked".

She will also call for more defence spending and an end to dependence on "hostile and authoritarian states".

The West has reacted to Russia's invasion with a range of sanctions.

On Tuesday, the US and UK announced a ban on Russian oil, while the EU said it would end its reliance on Russian gas.

The same governments have frozen the assets of wealthy Russians believed to have links with Mr Putin.

The foreign secretary will use her speech to argue that the war in Ukraine is a "paradigm shift" comparable with the 9/11 terror attacks on the United States.

She is expected to urge the West to "rise to his moment" by increasing pressure on the Russian president.

"How we respond today will set the pattern for this new era.

"We must start with the principle that the only thing aggressors understand is strength… and we must start by working together to stop Putin's offensive in Ukraine."

"We want a situation where they can't access their funds, they can't clear their payments, their trade can't flow, their ships can't dock and their planes can't land," she will add. 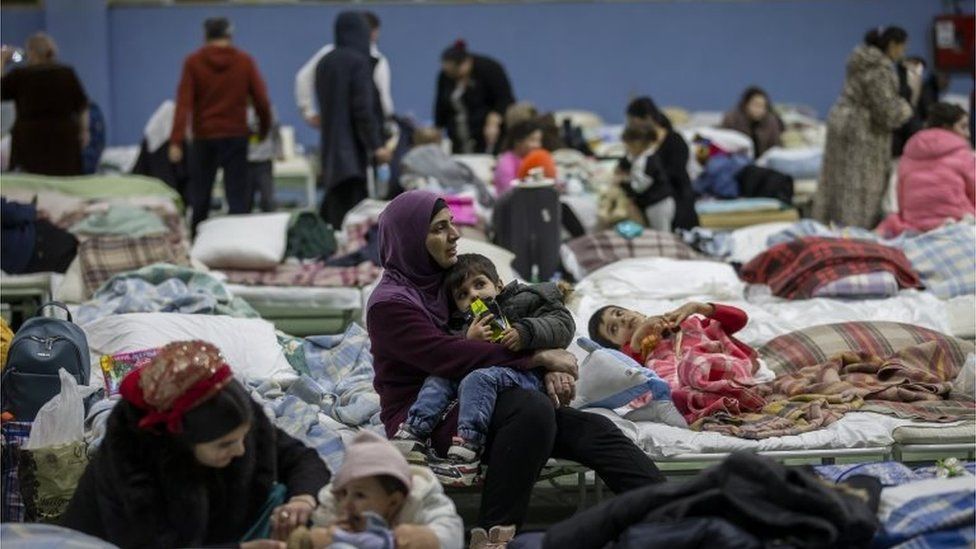 Speaking at a news conference on Wednesday with US Secretary of State Antony Blinken, Ms Truss warned there would be "terrible implications for European and global security" if Mr Putin were not stopped in Ukraine.

He criticised the Conservatives for "isolating Britain on the world stage" and said it was time "to bring Britain back to the table and deepen ties with our European partners".

He also called for a special tribunal to "prosecute Putin for the crime of aggression" and "an end to the UK's dependency on foreign energy".

The calls for stronger action come as western officials say they are "very concerned" Russia could resort to using non-conventional weapons.

This could include chemical weapons, biological weapons and dirty bombs.