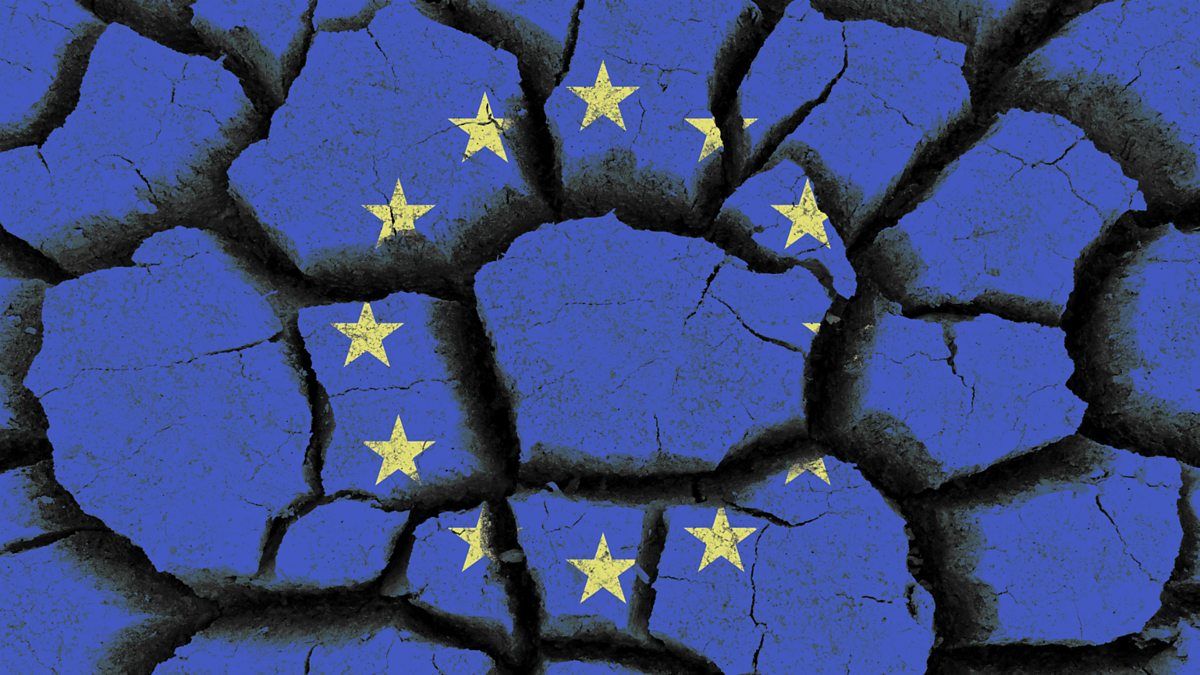 Ukraine has exposed the EU for what it really is

Since the Ukraine conflict erupted, the EU has had a great deal to say about its sympathy for Ukraine as a brother European state. But if you look closely it has not actually done a great deal to derail Vladimir Putin’s war machine. Even the grisly discoveries at Bucha has wrought little change. Not surprisingly, the patience of some Europeans is now wearing thin.
It's true that after the grim findings in recent days in newly-liberated Ukrainian towns, the EU did announce further sanctions. But for all the fanfare they were small beer.

A few more banks were boycotted; the ageing Russian merchant marine was excluded from EU ports; and bars were put on imports of oil and coal. Tiddlers such as vodka, timber and seafood, whose entire annual value equates to about ten days’ supply of oil, were also targeted.

But gas, which the EU has handed Russia €35 billion (£30 billion) for since the invasion began, compared with the €1 billion (£830 million) given to Ukraine to defend itself, was untouched. Not for the first time, German sensibilities won the day.

Volodymyr Zelensky was not fooled. He publicly shamed France and Germany for foot-dragging, lambasted the EU for its indecisiveness and immediately began a charm offensive asking individual governments such as Ireland and Spain for more.

Faced with what is far and away the biggest crisis to affect Europe in decades, each EU member state seems to be going its own way.

Zelensky is likely to remain disappointed. The proposals from the EU to ramp up measures against Putin could be watered down in horse-trading in the next few days. Put bluntly, when it comes to Ukraine, Brussels is in danger of losing the plot.

As a result of this feeble response to Russia, splits are now widening among European nations. On one side are Germany and Italy, always unhappy at the idea of measures likely to disrupt their economies or prevent residents of suburban Bielefeld or Bologna from switching on the heating or filling up the Audi. Both will argue that, at least for now, they intend to continue, regretfully, to bankroll Putin in order to maintain their lifestyles. They have been joined, it seems, by Austria; Belgium and Luxembourg could follow.

On the other wing, a number of eastern EU states – especially those that endured Soviet occupation and are now, willingly and without protest, doing much of the heavy lifting when it comes to feeding and housing millions of Ukrainian refugees – are showing their impatience. They see the EU central administration as feeble in the face of aggression.

Brussels, in their estimation, seems content to sit this war out on the sidelines and then return to business as usual.

Increasingly these countries are taking matters into their own hands. Poland, for example, which has for some time provided staging posts and informal repair shops for matériel being supplied to Ukraine, has gone further. In recent days, it unilaterally banned all imports of Russian hydrocarbons; to suggestions that this might break EU free trade laws because trade was an EU competence, their reaction was straightforward: too bad.

A few days later all three Baltic states followed suit. The foreign minister of one of the latter, Lithuania, was forthright about what he thought about Brussels’ own plans. 'Not really adequate,' he said. 'A feeble response,' he added, 'is just an invitation for more atrocities. It could and should be stronger.'

It now appears the Czechs have also struck out on their own. Ignoring an unwritten practice in Europe to arm Ukraine only with clearly defensive weapons and not with equipment that could be used to wage aggressive war, it has now admitted discreetly supplying it with large numbers of extremely useful T-72 tanks with the approval of the United States. The Czech Republic's example is likely to inspire others, not least Poland, which is tipped to come up with a similar offer of assistance.

Apart from this welcome support for Ukraine, one thing is noticeable about all these developments: the absence of any serious input (or even much overt interest) from the Berlaymont building in Brussels.

Faced with what is far and away the biggest crisis to affect Europe since the European Economic Community was formed in 1957, each EU member state seems to be going its own way. When it comes to Russia and Ukraine, the EU appears, not as a supporter or obstacle, but simply an irrelevance.

This may have important long term implications. Having officially incorporated it into the EU treaties in 1997 as a fundamental part of the EU constitution, the EU has constantly boasted of its common foreign and security policy. It sees it as a key component of its mission to become a major political, as well as an economic, world player.

Repeated proposals from Brussels for at least something in the way of a European army, or at least a strike force, are clearly built on its foundations. But if this is the best the EU can do for Ukraine, outsiders as well as Europeans will begin to see just how hollow these boasts are.

Whether the EU likes it or not, we may be seeing the high-water mark of the EU in its political form. In its place will come a gradual return to what it was when it started: an economic bloc and free-trade area. Don’t say it too loudly, but some might say this return to realism is a benefit, not only to the EU, but to Europe as a whole.
Add Comment