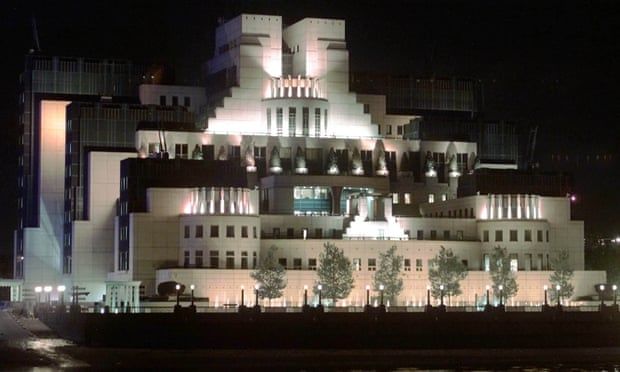 Ukraine crisis brings British intelligence out of the shadows

Analysis: warnings of Russian invasion issued in bid to shape the narrative and win information war with Kremlin

British intelligence, so used to operating in the shadows, has been thrust into the spotlight during the Ukraine crisis, cited by Boris Johnson on Wednesday to warn that Russian troop numbers were still increasing or by the foreign secretary, Liz Truss, last month to warn of a possible coup in Kyiv.

As the crisis has intensified, the warnings have, if anything, become even less subtle. An extraordinary video released on Thursday by the Ministry of Defence, billed in capital letters as an “intelligence update”, included a Dad’s Army-style map showing a possible Russian invasion plan and other assessments aimed at the general public.

A female narrator carefully intones “our intelligence tells us” that Russia has been rapidly been building up forces near Ukraine’s border – as has been documented by independent analysts – and that “an invasion could happen within days”. On Twitter the two-minute clip has been viewed more than 66,000 times.

Behind the scenes the effort has been matched by a string of off-the-record briefings from which information has emerged, supported by quotes sourced to officials. It marks an unusually determined and focused effort to seize control of the Ukraine story from the Kremlin, traditionally considered expert in what is sometimes described as information warfare.

“It’s a very different approach from the past, when intelligence and information was more closely guarded,” said Prof Malcolm Chalmers of the Rusi thinktank. “What Britain and the west have learned from the last Ukraine crisis in 2014 is that if you don’t actively use your intelligence to shape the narrative, then you will lose ground to Russia.” 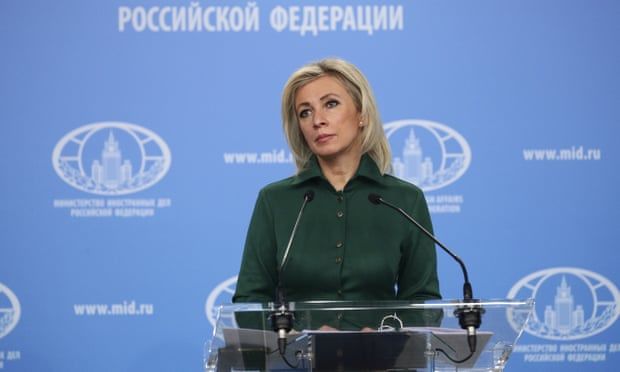 The Russian foreign ministry spokesperson Maria Zakharova called on western media to publish a schedule of imminent invasions so she could plan her holidays.

Russia’s seizure of the Crimea in 2014 appeared to come as something of a surprise to an apparently sleepy Nato. And the image of the military alliance was further damaged last summer during the chaotic withdrawal from Afghanistan, where the idea of a Taliban takeover was barely mentioned or discussed until the fall of Kabul.

This time the thinking is that highlighting Vladimir Putin’s possible intentions leaves less room for Kremlin deniability. The west has for some time considered that Moscow is seeking to manufacture a provocation in Ukraine, a false flag, to justify an intervention – a concern that has heightened following false claims by Putin this week that there was “genocide” against Russians in Donbas.

The UK supported US intelligence claims that Russia was considering making a “very graphic” video showing a faked drone attack to justify military intervention. “We are trying to expose Russian intent,” said one anonymous western official on Friday. They argued that any embarrassment from being wrong would be a small price to pay if Ukraine was not attacked.

Nevertheless, bandying about intelligence assessments in the public domain can be fraught with difficulties. They are usually based around simple, headline-worthy conclusions – judging that a Russian attack was “highly likely”, as the UK defence secretary, Ben Wallace, said last weekend. But often these come with little or no supporting evidence, making it hard to convince a public who can still remember the exaggerated accusations made about Saddam Hussein’s Iraq in the run-up to the 2003 war.

Russia, too, is ready to exploit misjudgments. This week Kremlin officials gleefully pointed out that no invasion of Ukraine came on Wednesday after some unwisely precise predictions had emerged from the US over the weekend. Russia’s foreign ministry spokesperson Maria Zakharova called on western media “to publish the schedule for our upcoming invasions for the year” so that she could plan her holidays.

Yet the reality is that in the era of social media, full of analysts and commentators making their own judgments about satellite imagery and online videos, relative silence for Britain’s secretive intelligence community is not an option. “Communications and the information space is one of those areas you have to contest,” said one Whitehall insider, one Dad’s Army-style visual a time.