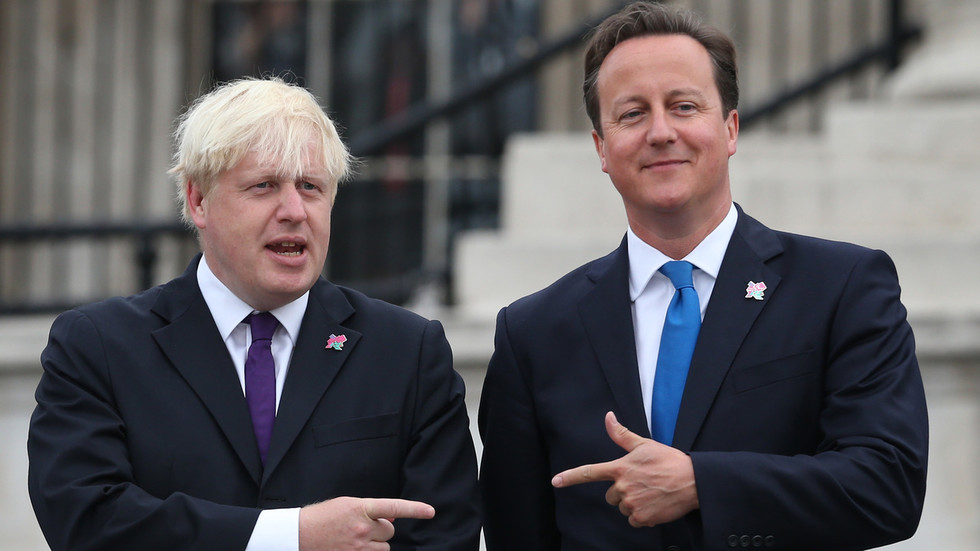 The UK government will launch an independent inquiry into lobbying by former PM David Cameron, who allegedly held secret talks with current ministers in a bid to get work for a firm he advised, Boris Johnson’s office has said.
Cameron allegedly had unfettered access to ministers as he tried to get the government to adopt a new finance scheme being pushed by financier Lex Greensill, whose eponymous company the ex-PM advised.

Among the claims are that Cameron privately lobbied the health secretary, Matt Hancock, the chancellor, Rishi Sunak, and other ministers without using the proper channels for communication.

The allegations have been dubbed the “biggest lobbying scandal in a generation” by Sir Alistair Graham, the former chairman of the Committee on Standards in Public Life.

On Monday, PM Johnson officially commissioned an independent review, to be led by legal expert Nigel Boardman, into contract tendering and business interaction with the government.

A spokesman for Johnson said: “The Cabinet Office is commissioning an independent review on behalf of the prime minister to establish the development and use of supply chain finance and associated activities in government and the role Greensill played in those.”

Cameron has denied breaking any codes of conduct, and a spokesperson for the former top Tory has said he is happy to participate in the investigation.

Pressure has mounted on the government to intervene in the scandal after revelations against Cameron were published by the Sunday Times at the weekend. The paper claims to have seen emails sent by Cameron to Johnson’s senior special adviser last year, just hours after Greensill Capital had its application for a government Covid-19 loan rejected.

In one email, Cameron reportedly called on Sunak to make sure Greensill would get one of the loans, which are intended for companies impacted by the pandemic. The former PM also contacted Sunak by text about the loans, according to details released by the Treasury.

Sunak has been summoned to parliament on Tuesday to explain his role in Greensill’s access to the government’s Covid-19 loan scheme. It is not confirmed if he will appear in person or send a Treasury minister in his place.

Cameron has since acknowledged the “concern” about his private correspondence to “government decision makers” via emails and texts, but said it was necessary due to the “rapid decisions” being made by the government during the pandemic.

A new claim in the unfolding saga is that Cameron took Greensill for a private drink with Hancock in October 2019 in a bid to bring a new payment scheme into the National Health Service (NHS), known as ‘supply chain finance’. The scheme, which the government adopted, was allegedly awarded without a proper tendering process.

On Sunday, Cameron broke his silence on the unfolding scandal with a long statement in which he said he accepts that communication with government officials should be conducted through “only the most formal of channels.”
#COVID-19  #Covid  #Boris Johnson
Add Comment