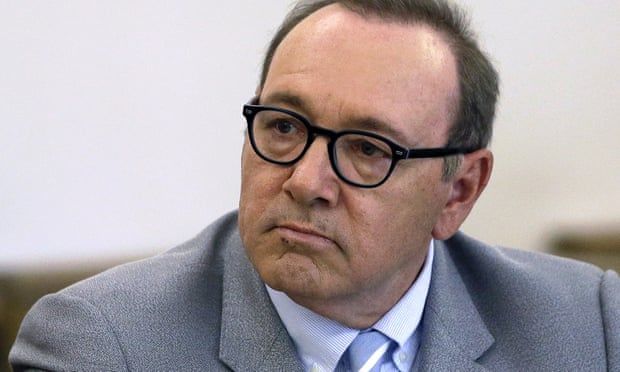 Exclusive: Formal extradition is to be pursued if actor fails to come back to the country voluntarily
British authorities are pursuing the return of Kevin Spacey from the US to face sexual assault charges.

An official familiar with the process told the Guardian the UK would seek the actor’s formal extradition unless he decided to come back voluntarily.

The international criminality directorate, a special Home Office unit, will act on behalf of police and prosecutors. Experts in extradition say US police may soon be sent to find Spacey, 62, and detain him on behalf of British authorities.

The Crown Prosecution Service (CPS) announced on Thursday that it had authorised four charges of sexual assault against Spacey relating to alleged attacks against three males between 2005 and 2013, after an investigation by the Metropolitan police.

Pursuing formal extradition could take many months. Nick Vamos, a former head of extradition at the CPS, said US Department of Justice officials would study papers sent from the UK. They would have to be satisfied there was “probable cause” the offences may have been committed. If so, police officers would be instructed to locate and detain Spacey.

“They will be under an obligation to arrest him,” Vamos said. “The US Department of Justice will task US marshals to find Mr Spacey and take him to a federal court. He always had the option of surrendering and not contesting extradition.”

Vamos, now in private practice, said Spacey could be extradited in weeks if he does not contest extradition and months if he does. He said the US system made it harder to resist an extradition request than in Britain.

He also said Spacey would have greater protections if he were formally extradited than if he simply flew back to the UK voluntarily. Only the charges agreed by a US court could be brought against him in Britain, for example.

Spacey’s return would not necessarily mean he had to stay here for the months or years the case might take to get to court, Vamos said. He could be granted permission to return to the US to work as long as a British court believed promises given that he would return to face trial.

“If he comes back to the UK he could get a bail package that allows him to return to the US,” Vamos said.

Spacey cannot be formally be charged until he returns to Britain, but British police have said the charges relate to alleged attacks against three males in London and Gloucestershire.

Spacey was artistic director of the Old Vic theatre in London from 2004 to 2015, following acclaim and awards for an acting career during which he was hailed as one of the most skilled actors of his generation.

He won a best supporting actor for his role as Roger “Verbal” Kint in the Usual Suspects in 1996, and four years later won best actor for his lead role in American Beauty. He also starred in acclaimed films such as LA Confidential and went on the make the political drama House of Cards for Netflix.

Spacey has denied all allegations of wrongdoing.
Add Comment