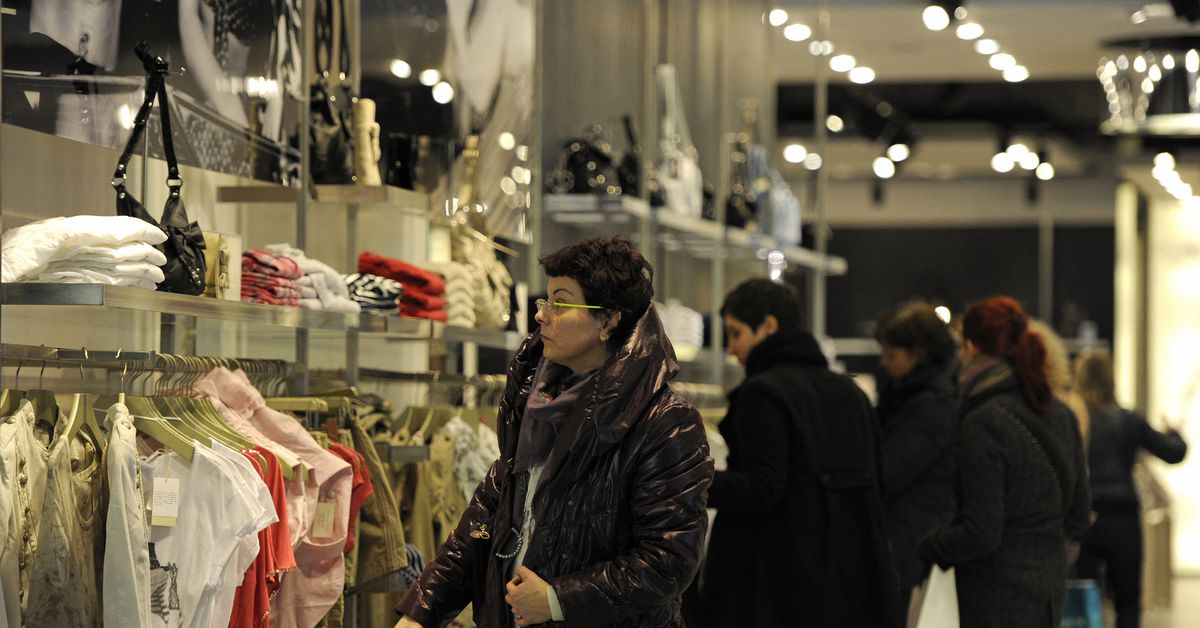 New figures published by the Office for National Statistics suggest both low- and high-income households face similar inflation to the headline rate - although the analysis was unable to take account of changed spending patterns during the pandemic or differences in the quality of food bought. 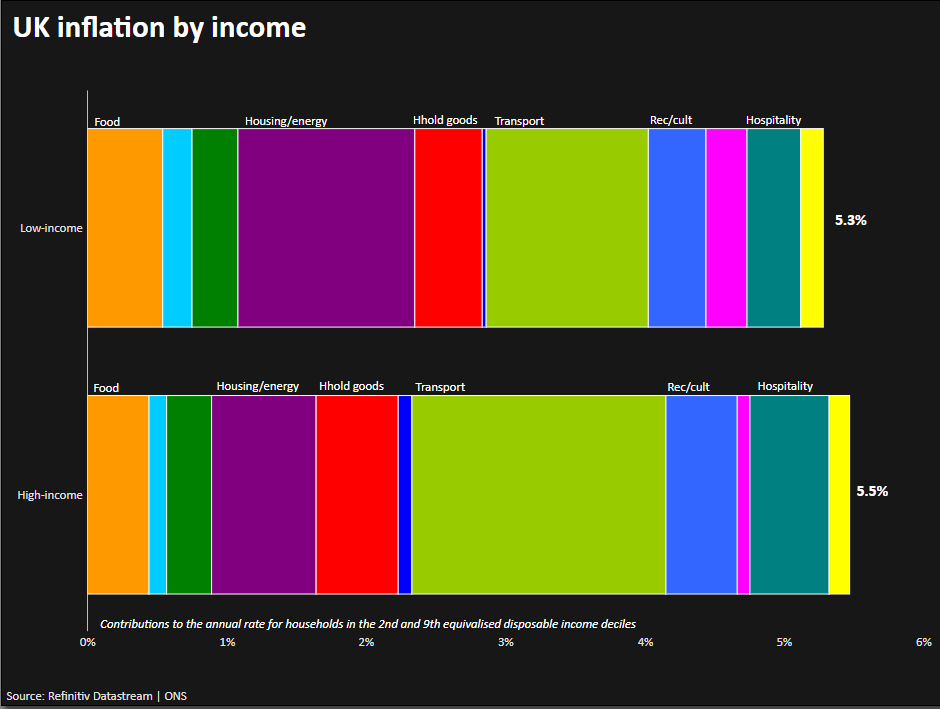 However, analysts said inflation for poorer Britons could overtake that of their richer peers this year.

He said rising food prices and the prospect of a hike in Britain's household energy price cap in April would hurt the lowest-income families most, given they spend twice as much on food and domestic bills as a proportion of their income.

"These families should be the priority for the government's cost of living crisis response," Leslie said.

Easing the impact of April's higher energy bills for poorer households would cost at least 2.5 billion pounds ($3.4 billion), the think tank has calculated.

A Reuters analysis of household spending data suggests that the inflation faced by low-income households is skewed towards essential spending on food and shelter, leaving them less able to adapt to increases in those prices.

In its latest report, the ONS said the slightly higher inflation rate for well-off households in December reflected their greater spending on transport.

The surging price of petrol and new and used cars - which comprise a far greater share of spending for high-income households - have been the biggest drivers of inflation over the last year.

Restaurant meals have been another big driver of inflation for high-income households.

While better-off households can spend less on eating out and delay replacing cars during a cost-of-living crisis, the inflation data last week showed a deteriorating picture for basic food and shelter costs.

Food prices rose by 1.4% in December alone, the biggest rise for nine years. Prices of meat, vegetables and bread and cereals each jumped by more than 2% in month-on-month terms.

Actual rents - where spending is skewed heavily towards the lowest income households - hit 2% in annual terms in December, the biggest rise since 2016.

She has argued that in attempting to capture a representative price for a given item - say a tin of baked beans - the ONS misses out big price moves in the cheapest tins which tend to be bought by the poorest households.

The ONS itself has acknowledged the limitations of its attempts to measure consumer prices, which is based on a basket of 700 types of goods and services from a wide range of suppliers, giving 180,000 pieces of price data each month.

It plans to use prices sent straight from supermarket checkouts - increasing the number of price data points to hundreds of millions - so it has inflation data on a wider range of goods within a particular category.

Friday's figures also reflect spending patterns for 2019, before the pandemic - something the ONS plans to rectify in new data in May.