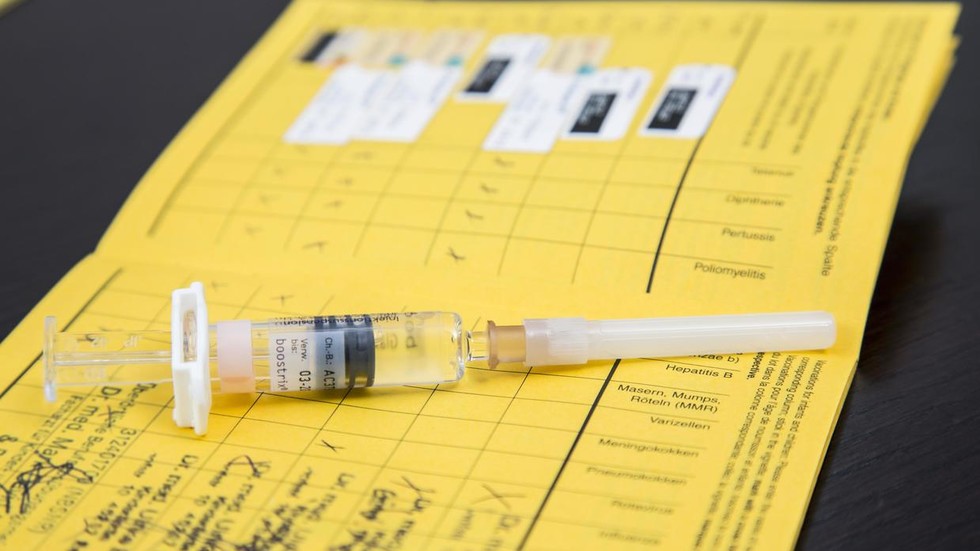 The National Health Service app initially developed for users to show their Covid-19 test results can be converted into a digital vaccine certificate without further technical alterations – bad news for the privacy-conscious.
In December, Cabinet Minister Michael Gove unilaterally denied Britons would be required to show a “vaccine passport” to enter businesses, eat at restaurants, attend events, or travel, insisting “that’s not the plan” and reassuring citizens’ right to privacy would remain intact.

However, London appears to have changed its mind on the issue, as Downing Street considers permitting businesses to “demand to see the app to ensure that staff or customers are at a much lower risk of being infectious,” according to a Tuesday report from the Times.
Gove himself will spearhead a probe of the “‘deep

and complex’ issues around vaccine passports,” which the government had admitted just earlier this month were discriminatory.

The probe is expected to focus entirely on “ethical and clinical questions” as opposed to technical ones, suggesting the technological frameworks to snoop on users’ medical information is already all available on the app.

Even more ominously, the NHS contact tracing app was described as too privacy-friendly for vaccine-certification purposes – though the appointment-booking companion app has been put forward as acceptable. That app provides access to a person’s medical records, though the agency acknowledges that even a negative result doesn’t prove the bearer is non-infectious.

The NHS app’s initial rollout was notoriously glitch-laden, at one point reportedly telling over a third of users to self-isolate even if they hadn’t left their homes, let alone been exposed to any infections – notifications which can’t be turned off and continued to freak users out for months. The NHS blamed the errors on Apple and Google.

The app developers clearly have big dreams for their technology, which will also incorporate facial recognition technology from iProov. The company received £75,000 from government agency InnovateUK for its work on vaccine passports, and Test and Trace head Baroness Harding of Winscombe boasted in November that she was “working very closely with the vaccine team to make sure that as we build tools that will enable people to be testing themselves at home…we build an integrated data architecture so that you have the opportunity in the future to be able to have a single record as a citizen of your test results and whether you’ve been vaccinated.”

While the UK initially had promised not to force vaccine certificates upon its constituents, acknowledging the potential for discrimination, the country seems to have fallen in line behind former PM Tony Blair, whose Tony Blair Institute urged the UK to “place the creation of a global Covid-19 travel pass as a key item” on the G7 agenda.

Despite the appalling ramifications for privacy, Blair said “it” – meaning “dramatically increased technological surveillance” – will happen anyway, implying it was better to have the UK help midwife such a development into being than be forced into accepting another country’s technology. The World Health Organization has also championed the use of e-vaccination certificates for global travel, though shied away from mandating immunity passports domestically.

Tens of thousands of UK residents have signed petitions urging the government to avoid vaccine passports for travel or otherwise, and some businesses have taken the initiative to enforce even stricter regulations on their customers. Supermarket chain Morrisons ignored a customer who claimed to have a disability when he refused to put on a mask in the store, slapping an ignominious yellow sticker on him – drawing comparisons to Nazi Germany from some.
#COVID-19  #vaccine  #Covid
Add Comment