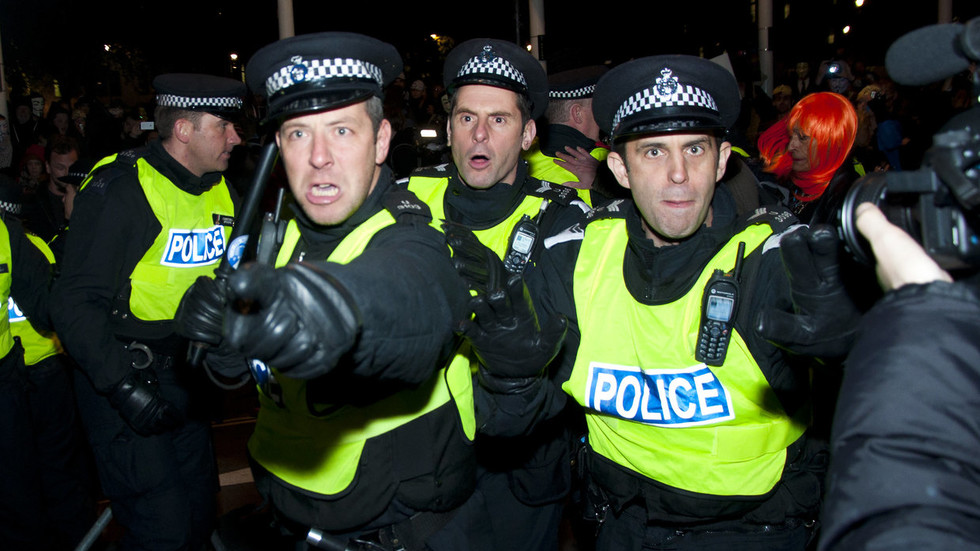 A lorry driver who kissed a woman on her cheek to show gratitude for her assistance is now hunted by police in the UK. After asking for help to identify the ‘criminal,’ law enforcement received a massive eye-roll from the public.

In the sleepy Derbyshire town of Matlock, a most heinous crime took place on April 28. A lorry driver pecked a 70-year-old woman on the cheek, after she helped him free his stuck truck from under a bridge by directing traffic.

The man thanked her with a kiss, and now he’s wanted for sexual assault. Seriously.

Nearly three weeks after the incident, Derbyshire Police appealed to the public for help tracking down the suspect.

Such a ridiculous waste of resources, + the man will be put through lots of stress @DerbysPolice . I already had zero confidence in Derbyshire police before reading this - they're just a bunch of busybodies. pic.twitter.com/GAi4NwXLLJ

Commenters speculated that the man may be wanted for breaching social distancing guidelines, but that’s not the case. The police explained that his crime “would be classed as sexual assault, as the woman did not [ask] the man to kiss her on the cheek.”

Derbyshire’s finest were roundly mocked on Twitter. “This must be the country’s most ridiculous police ‘service,’” one commenter tweeted.

“I think this is the final step of the world going mad,” another remarked.

Kissing a 70 year old woman on the cheek as a thank you is considered a sexual assault by Derbyshire Police? So serious it requires resources to interview the public for an "incident" that took place over 2 weeks ago?

This must be the country's most ridiculous police "service"

Breaking news: Derbyshire police respond to a cat stuck in a tree and the police arrest the tree..

Hahaha this is actually real. What a f***ing joke of a country. pic.twitter.com/C9VmkKq5TF

As the laughter grew louder, the police deleted their tweet, and the press release on the incident from their website, offering no explanation.

However, it’s not like the Derbyshire Police aren’t used to mocking and derision. This is the same force that dyed a popular swimming spot black in March to keep potential crowds of teenagers away, and posted a drone video to their Twitter page shaming citizens for walking their dogs during the lockdown.

Despite posts yesterday highlighting issues of people still visiting the #PeakDistrict despite government guidance, the message is still not getting through. @DerPolDroneUnit have been out at beauty spots across the county, and this footage was captured at #CurbarEdge last night. pic.twitter.com/soxWvMl0ls

Some commenters joked that the cops must have “solved all the other crimes in Derbyshire and are now simply just trying to keep busy.”

At time of writing, the cheeky trucker remains at large, free to thank pensioners at will.