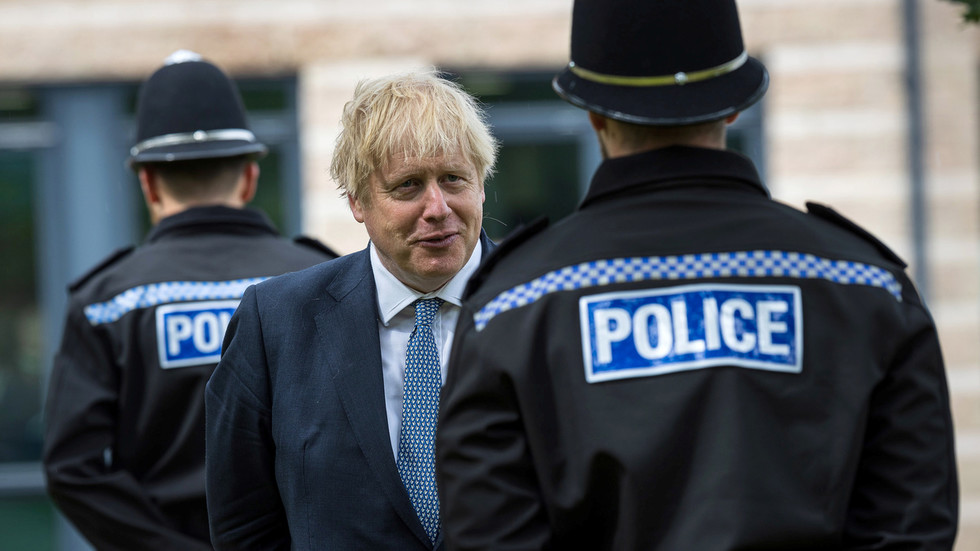 UK Prime Minister Boris Johnson has said he doesn't know how many criminal cases have been affected by a huge security error that has seen hundreds of thousands of records deleted from the Home Office-run national police database.
Some 150,000 arrest records and thousands of fingerprint and DNA files were initially reported to have been mistakenly erased from the Police National Computer (PNC) in a "tech blunder" during the week ending January 10.

"We don't know how many cases might be frustrated as a result of what has happened," Johnson told Parliament on Wednesday as he was grilled over the issue by opposition Labour leader Keir Starmer.

The PM admitted that "of course it is outrageous" that data had been lost, but said that the government is "working around the clock" to retrieve the files, while adding that he did not know how long the issue would take to resolve.

Johnson broke down the numbers in Parliament, explaining that the deletion included 213,000 offence records, 175,000 arrest records and 15,000 personal.

Starmer claimed the incident had already impacted live investigations and that 26,000 DNA records and 30,000 fingerprint records had also been deleted, including records of the most serious offenders, citing a letter from the National Police Chief's Council.

"This isn't just a technical issue, it's about criminals not being caught and victims not getting justice," the Labour leader warned.

Home Secretary Priti Patel, whose department operates the PNC, said earlier on Wednesday that a "coding issue" was behind the accidental deletion of up to 400,000 records, although she clarified that the number could be less than that.

The data is reported to have been deleted during the government's weekly "weeding" session to get rid of old data, according to the Times.
#Priti Patel  #Boris Johnson
Add Comment