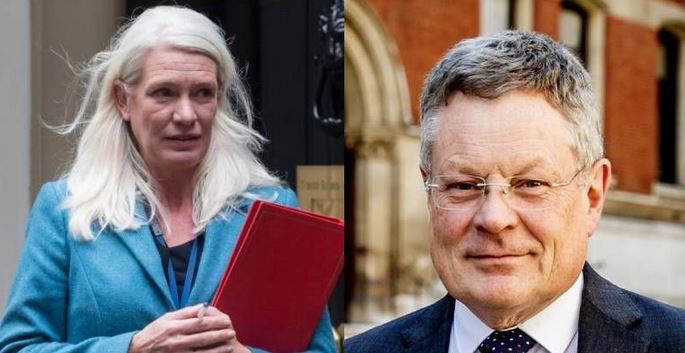 In a strange twist of events, the United Kingdom House of Commons on November 22, 2021, sought to shield the Commissioner of Inquiry (CoI) Attorneys, the Commissioner himself and the local Governor John J. Rankin, CMG from paying any legal fees out of pocket if they are sued over the CoI.

In a statement made in the House of Commons in the UK, Minister of State in the Foreign, Commonwealth and Development Office, Hon Amanda A. Milling laid in the British House of Commons, a request to indemnify the Governor of the Virgin Islands, along with Sir Gary R. Hickinbottom and the CoI Attorneys from any personal liability they may incur as a result of their engagement in the CoI now taking place in the Territory.

Objection to application to be called before BVI Bar

Speaker of the House of Assembly, Hon Julian Willock and Deputy Speaker Hon Neville A. Smith (AL) raised in their official capacities, application objections through their Attorneys, Silk Legal against the three Attorneys Bilal M. Rawat, Andrew King, and Rhea Harrikinssoon in breach of sections 15 (10) 18 (1) a,b,c, of the Legal Professional Act, 2015.

The three CoI Lawyers were accused of practicing law in the Virgin Islands (VI) for some five months before filing an application to be called to be the BVI Bar.

Attorney General, Hon Dawn J. Smith has said, “the law is clear,” and that the three lawyers “should be admitted to practice in the VI if they are to perform duties as counsel and solicitors to the CoI established under the Commission of Inquiry Act.”

There is always the possibility that those involved in the British imposed CoI could incur costs if the procedure of the CoI is successfully challenged on a judicial review, thus, the UK Government is laying the foundation to indemnify them if the courts order them to foot the costs for any cases lost.

In so doing, the House of Commons is not being asked to overturn any potential decisions of the court. There is a difference between indemnifying someone against liability and reversing a decision of the court according to the Virgin Islands News Online (VINO) legal team.

In the VI, some residents staged a small protest claiming that the Speaker must pay out of pocket as a British Judge Adrian Jack ordered amidst controversy.

Earlier this month, Premier and Minister of Finance Hon Andrew A. Fahie (R1) brought a motion to the Virgin Islands House of Assembly to indemnify the Speaker from payment in his private capacity, for an injunction the Hon Willock discontinued.

Governor John J. Rankin CMG along with two CoI lawyers, Andrew King, left, and Bilal M. Rawat, right, are two of the three lawyers currently assisting the UK-sponsored Virgin Islands (VI) Commission of Inquiry (CoI) and have been accused of practicing law in the territory while not being called to the BVI Bar, a violation of the Legal Professions Act 2015.