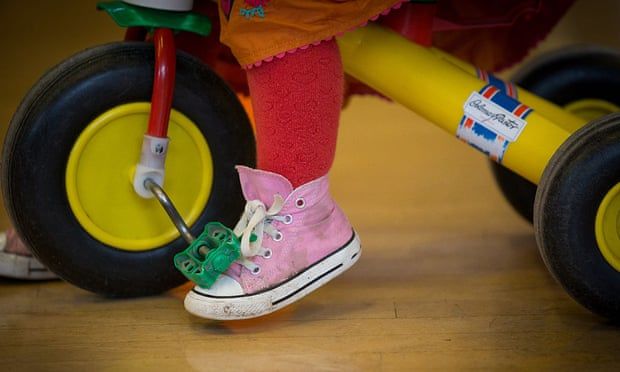 New figures show a £2.37bn underspend on tax-free childcare over the past four years, with just a fraction of the parents eligible for help with childcare costs taking up the offer, according to Treasury figures.

The government has spent less than it forecasted on tax-free childcare every year since it was introduced in 2017, data shows. In 2020-21 the underspend was £660m, the same figure as the year before, according to a response to a parliamentary question by Labour’s Tulip Siddiq, shadow minister for children and early years.

“The Conservatives are completely failing to deliver childcare support for working families and have pushed the early years sector to the brink of collapse,” said Siddiq. “This is the fourth year in a row that the government has failed to deliver on promises of childcare support, yet ministers don’t seem to be doing anything about it.”

Data also reveals that the original amount the government forecast it would spend on the scheme has been reduced year-on-year – the original forecast from the Office for Budget Responsibility in March 2017 for 2017-21 was £3bn, by autumn 2017 it fell to £1.62bn – but the actual amount spent in the 2017-21 period was £630m.

In September, 316,000 families used tax-free childcare of the 1.5 million estimated to be eligible – which means only one in five eligible families are taking up the scheme.

Tax-Free Childcare sees parents pay childcare providers from a government account. For every £8 parents pay in, the government adds £2, up to a maximum of £2,000 a year until a child is 11 – and up to £4,000 for disabled children until they turn 17.

Joeli Brearley, founder and chief executive of Pregnant Then Screwed, said the system was “difficult to navigate” and a large proportion of parents were unaware of its existence.

“It is clear that ministers haven’t got a grasp of this issue yet, and that’s understandable – they are busy people and this is really complicated – the only way to ensure that further funding isn’t wasted and that this sector gets the support it needs is an independent review,” she said.

Childcare was debated in parliament in September after more than 100,000 parents signed a petition calling for an independent review of childcare funding and affordability. According to data from the Organisation for Economic Co-operation and Development, the UK has the third most expensive childcare system in the world, behind only Slovakia and Switzerland; a full-time place costs £12,376 a year on average.

In June the Early Years Alliance (EYA) accused ministers of “shamelessly, knowingly” underfunding the early years sector in England, after an investigation revealed that 2020-21 funding rates for the “free” childcare offer for three and four-year-olds were less than two-thirds of what the government believed was needed.

In the spending review the treasury announced around £170m a year in extra funding to increase the hourly rate for childcare providers until 2024-25. But Neil Leitch, chief executive of the EYA, said it was not enough to make up for historic shortfalls and called for the underspend to be reinvested in the sector, which lost more than 3,000 providers in 2021.

“Despite the increase in early years funding historic sector underfunding alongside the ongoing impact of the pandemic means that many providers still face an uphill battle to remain in business,” said Leitch.

A government spokesperson said: “We consistently encourage eligible families to sign up for the scheme via stakeholders, social media and the press and will continue to explore ways to further increase take-up.”
Add Comment