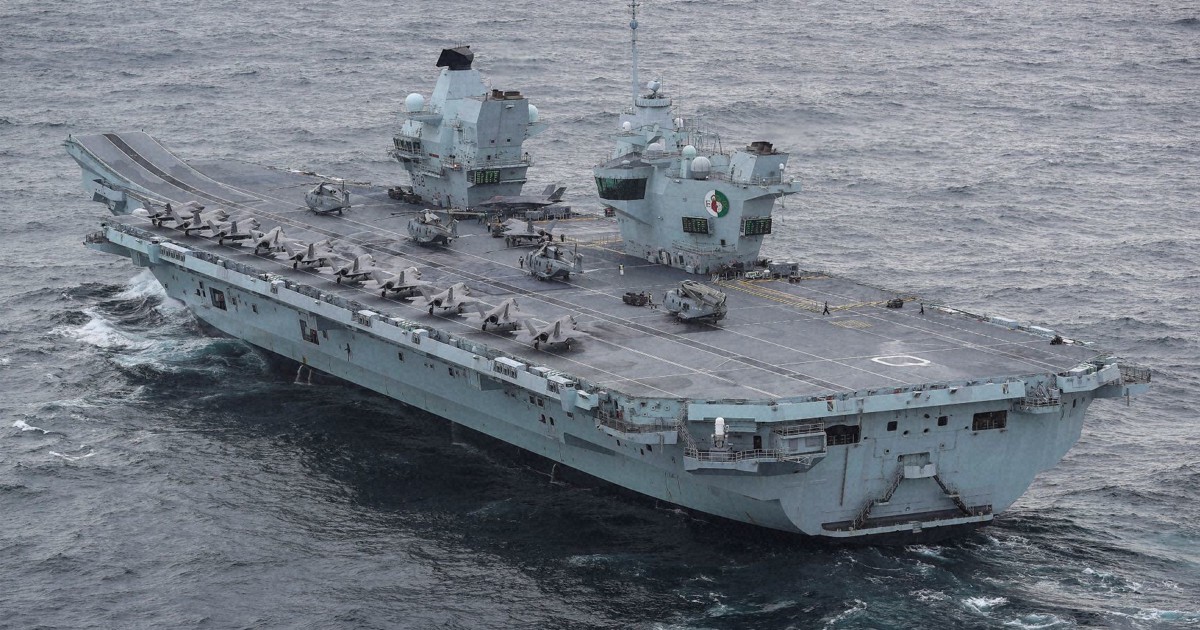 UK navy returns to Indo-Pacific amid concerns over China assertiveness

Experts believe this is more than "window dressing" and a genuine effort to support allies in the region and enforce freedom of navigation and promote democracy.

In late May, the recently built aircraft carrier Queen Elizabeth will leave Portsmouth and, after exercises in the Mediterranean Sea and Indian Ocean, will head a flotilla of mainly British ships, known collectively as the Carrier Strike Group, through the South China Sea, a strategically important waterway largely claimed by China but disputed by smaller regional nations.

Government documents published in March show the aim is for the Carrier Strike Group to make "episodic deployments" to the region.

In addition, offshore patrol vessels will routinely operate in the region with the support of partners.

And in 2023, Britain plans to send a Littoral Response Group, likely an amphibious assault ship complemented by a team of commandos, to the region and envisages deploying frigates later this decade, according to the proposals.

As well as enforcing freedom of navigation in the open seas and responding to threats, Britain's maritime presence could be used for training and emergency relief if needed, according to analysts.

Explaining this heightened engagement which has been described as an "Indo-Pacific tilt," Alessio Patalano, an expert in East Asian warfare and security at King's College, University of London, told Kyodo News, "Britain sees the international maritime rules-based order being challenged on a regular basis. This is an opportunity to make a statement about not accepting behavior that undermines the maritime order."

"The South China Sea is also essential to global trade and transportation. It is also about supporting important partners in the region like Japan, India, Australia and the United States. The message to China is, 'we are not here to antagonize and will not accept bullying.'"

In the 1970s, Britain reduced its footprint in the region but has, over the last few years, become more active with several ships enforcing sanctions against North Korea.

And due to its colonial past, Britain is a member of the Five Power Defense Arrangements along with Singapore, Malaysia, Australia and New Zealand.

This is an informal agreement to support one another in times of crisis but London intends to "make a bigger and more consistent contribution" to the arrangement, according to recent documents.

Longer term, Patalano does not rule out the possibility Britain may seek to expand current bases in Singapore or Brunei or enter into agreements with countries like Japan to access their naval and logistical facilities.

The Royal Navy already has a base in Bahrain and this makes it much easier to sustain deployments far from home.

Nick Childs, senior fellow for naval forces and maritime security at the International Institute for Strategic Studies, told Kyodo News the new policy of "forward deployments" in the region marks a "step change" from the past, which tended to see only single ships traveling to the Indo-Pacific.

He said, "But the key will be whether the United Kingdom can sustain that range of planned presence and deployments, and also that these are part of a more comprehensive political and diplomatic engagement, if it is all to be effective and credible."

He said that although the British contribution represents a "relatively modest addition" for regional partners, it does offer "significant capabilities" including nuclear-powered submarines and advanced major warships.

Childs added that in the future the Carrier Strike Group could provide a "centerpiece" to a multinational formation for exercises.

Philip Shetler-Jones, an associate fellow in Indo-Pacific geopolitics at the London-based Council on Geostrategy think tank, described the "tilt" as "significant for our allies," adding, "It lets them know they do not have to face aggression alone. This should encourage them in their own efforts to reject an order where the strong simply do what they will and the weak suffer what they must."

However, he judges it unlikely Japan will join Britain in any patrols to challenge Chinese maritime claims in the South China Sea, for example, which he thinks the Royal Navy may be planning to do when it reaches the region later this year.

Speaking at a recent seminar, Robin Niblett, director and chief executive of the think tank Chatham House, said Britain's increased presence is designed to "signal" to China that the United States and allies "are going to be coherent in standing up to any acts that China may feel it has to, or wants to do, in the future. You can influence the calculus (in Beijing)."

He added the main purpose of the Indo-Pacific tilt is to protect democracy in the region.

The Carrier Strike Group will be made up of nine ships, including a U.S. destroyer and Dutch frigate. It is expected to conduct exercises with regional partners as well as gather local intelligence.

During the seven-month voyage, the group of ships is due to make several port visits including to Singapore and Japan.

According to reports, the Queen Elizabeth will not sail through the Taiwan Strait, the sensitive waterway separating Taiwan and China, much to the dismay of those parliamentarians who are hawkish on China and keen to show Britain is upholding freedom of navigation.

After years of courting Beijing under former Prime Minister David Cameron, Britain has increasingly taken a harder position toward China over human rights and the protection of critical infrastructure.

However, while pressing those concerns, the government maintains it must continue to trade with China.
Add Comment