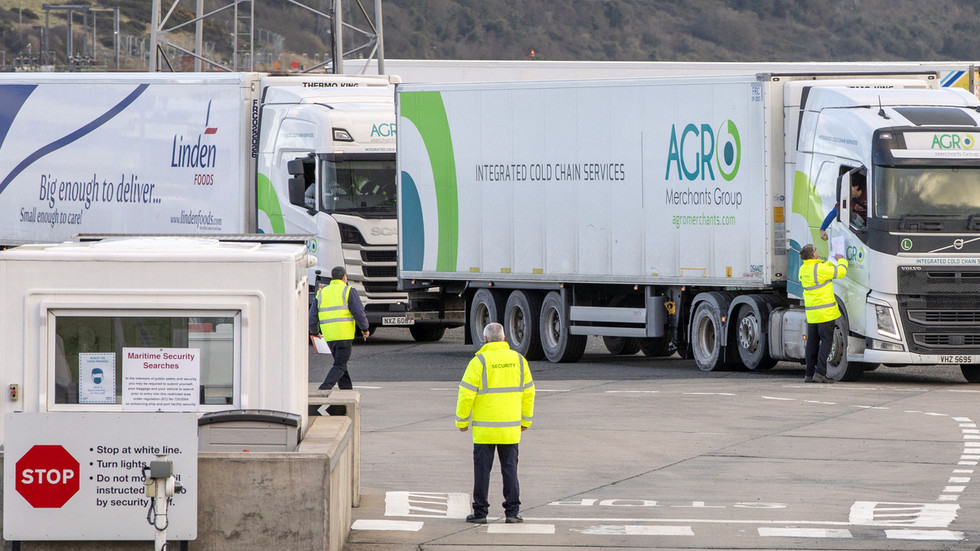 UK MPs to debate removing the Northern Ireland Protocol from Brexit deal with EU, after Brussels triggered it during vaccine row

The UK parliament will discuss removing the Northern Ireland Protocol from the Brexit deal, after politicians called for urgent debate to address the damage in the wake of the EU’s triggering of the article over a Covid jabs row.

The Democratic Unionist Party (DUP) of Northern Ireland launched a petition calling for the debate, after it declared that London needs to address the “growing crisis” over the Irish Sea border, which they feel was exacerbated by the EU’s recent actions due to the disagreement over vaccine delivery targets.

The petition, which has received more than 140,000 signatures, is a five-point proposal that seeks to remove all trade barriers between Northern Ireland and the rest of Great Britain, as they see the existing protocol as not about protecting peace along its border with the Republic of Ireland, but “entirely about protecting [the EU’s] own single market.

“Northern Ireland is already suffering real economic and societal difficulties as a consequence of the first month of the Protocol.”

The Northern Ireland Protocol was added to the UK-EU Withdrawal Agreement to prevent the emergence of a hard border on the island of Ireland, which could threaten the peaceful relationship between the two nations that share it.

The EU attempted to trigger the protocol, formally known as Article 16, to restrict vaccine deliveries from Europe to the UK, after several pharmaceutical companies had warned the bloc that they wouldn’t be able to meet delivery targets for European nations, despite the UK’s orders remaining unaffected.

European leaders ultimately backed down and reversed their decision to trigger Article 16, but the saga sparked anger in Northern Ireland and Ireland, with the DUP’s leader describing the invocation of the article as an “incredible act of hostility”.