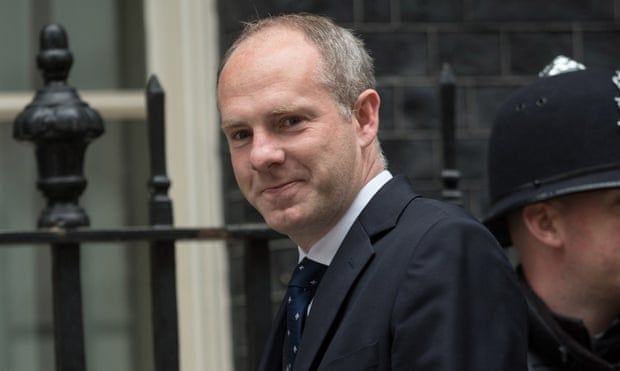 UK ministers lay out ‘most ambitious’ plan for disabled workers

The 120-page strategy, led by the cross-departmental government disability unit, is intended as the first step in an annual process by which all departments will be assessed on how well their policies help disabled people.

The first incarnation, backed by £1.6bn in funding – although this is all money previously announced – focuses on the workplace, tackling inclusion and seeking to cut a disability employment gap currently at 28.6%.

Ideas include the possibility of making all larger companies say how many disabled people they employ, and increasing the number of disabled people employed by official institutions including the civilian military and reservists, MI5, MI6 and GCHQ.

There will also be a pilot scheme for what is called an “access to work adjustments passport” for people moving from education to work, or changing jobs; plus an online advice centre for disabled people and employers, covering areas such as flexible working and disability discrimination.

In other areas, one proposal is for 10% of homes built through a government scheme for affordable homes to be supported housing, and measures to improve rail services for disabled passengers.

Speaking before the launch, the minister for disabled people, Justin Tomlinson, said the document was “a significant first step as we work towards a fully inclusive society” for the estimated 14 million disabled people in the UK”.

The aim, Tomlinson said, was to integrate assistance for disabled people, highlighting issues such as for someone who gets a job in a new area but cannot find accessible housing locally.

“We’re probably very good at identifying a single challenge but not all of the issues in delivering a fully inclusive society,” Tomlinson said.

The plan, he said, was for the minister in each department who serves as the disability champion to be regularly challenged on new policies: “This is not a one-off. This is an annual document where we will be held to account for the promises we made.”

Boris Johnson described the strategy – which applies in England – as “the most far-reaching endeavour in this area for a generation or more”.

However, some charities have expressed scepticism. Kamran Mallick, the chief executive of Disability Rights UK, said the strategy was “disappointingly thin on immediate actions, medium-term plans and the details of longer term investment”.

There has also been criticism of the consultation, which ran from January to April, and prompted about 14,000 responses.

Kevin Shinkwin, a Conservative peer who chairs a disability commission for the Tory thinktank the Centre for Social Justice, has previously said that the lack of engagement risked making the strategy “another car crash”.

The National Federation of the Blind of the UK says key elements of the consultation did not even work correctly for users, and has called for Tomlinson to resign.

Andrew Hodgson, the group’s president, said: “How can you have a minister who is willing to use data that is fundamentally flawed to formulate policy which will affect the lives of disabled people for a generation?”
#Boris Johnson  #Johnson
Add Comment