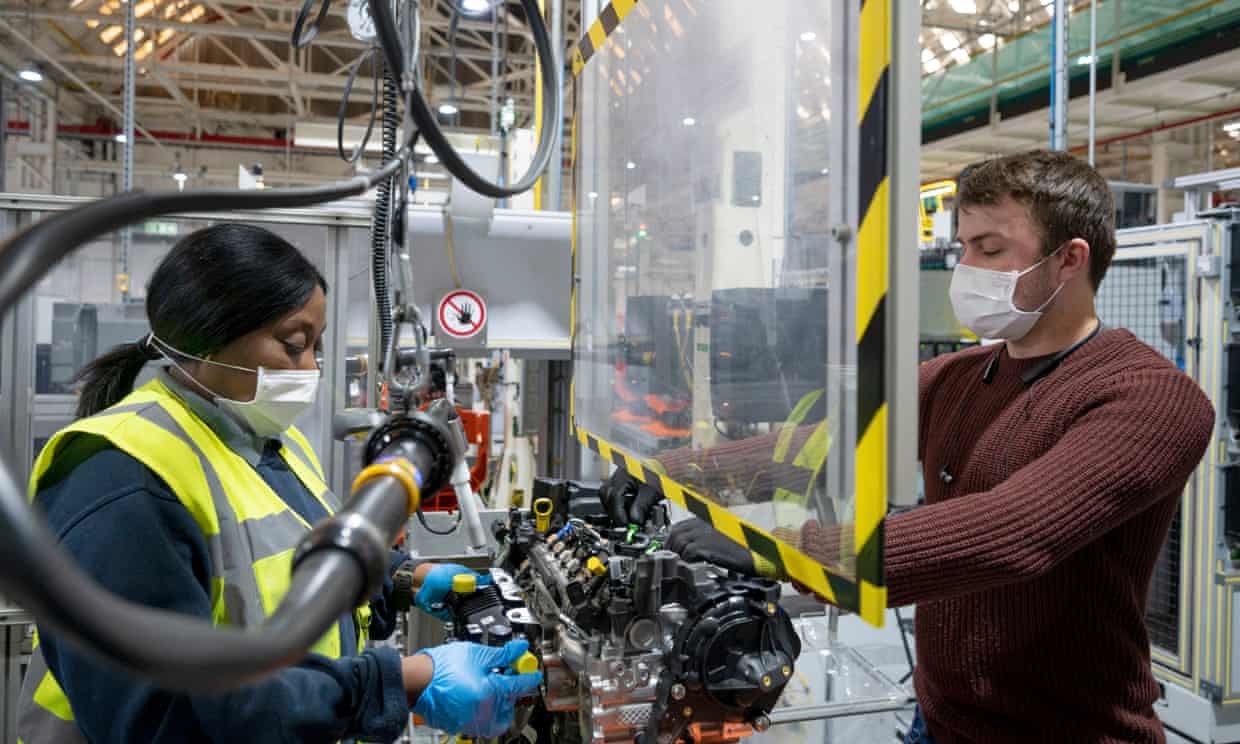 Make UK says direct state support is needed to ensure firms survive during Covid-19
Manufacturing industry leaders have called on the government for an emergency bailout as the coronavirus outbreak forces factories across Britain to an effective standstill.

Sounding the alarm as Covid-19 crushes production levels and puts growing numbers of firms on the brink of collapse, the industry group Make UK said ministers needed to step in with direct state support to ensure the short-term survival of firms.

Britain’s foremost manufacturing group – which represents 20,000 companies of all sizes in engineering, manufacturing, technology and the wider industrial sector – said highly skilled jobs and critical supply chains across all regions of the country were at risk without direct support from the state.

The request comes as the chancellor, Rishi Sunak, considers using an emergency budget this summer to speed Britain’s economic recovery as lockdown measures are lifted. Such is the crisis gripping much of industry, The Sunday Times reported that the chancellor is working on plans for a set-piece spending event in parliament during the week of 6 July.

Sunak could use an emergency budget this summer as part of broader plans alongside No 10 to revitalise the economy, as the country slowly emerges from harsh controls on business and social life.

However, it is understood the chancellor could announce additional measures to support jobs and growth without needing to stage a full budget before the autumn.

It emerged last weekend that the Treasury had drawn up plans for the taxpayer to step in and rescue struggling companies to prevent a wave of job losses in sectors hardest hit by the coronavirus crisis.

Under the plan named Project Birch, the government would support companies as a last resort.

Make UK said the extent of the damage caused by the coronavirus crisis and lockdown measures was so widespread that failure to provide direct support this year could drive companies to the wall. Urging the government to step in, it said firms would need help to service debts they had accumulated during the crisis, and that firms in aerospace, automotive and steel would benefit most from direct aid.
#COVID-19  #Covid  #Coronavirus
Add Comment