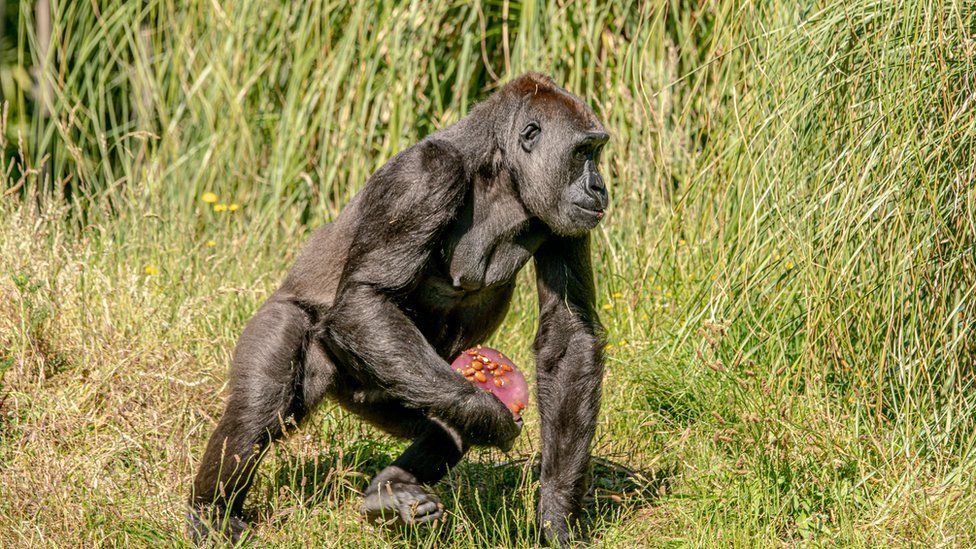 UK heatwave: The unusual things happening because of the heat

People across the UK are bracing for a period of extreme heat, with temperatures potentially rising to highs never witnessed before on these shores.

A red warning for extreme heat will be in place for large parts of England on Monday and Tuesday, covering London, Manchester, and York. Temperatures could even reach 40C (104F).

The hot weather is already causing all sorts of challenges to daily life - but there are a number of, on the face of it, unusual things happening across the UK to mitigate against harmful effects. 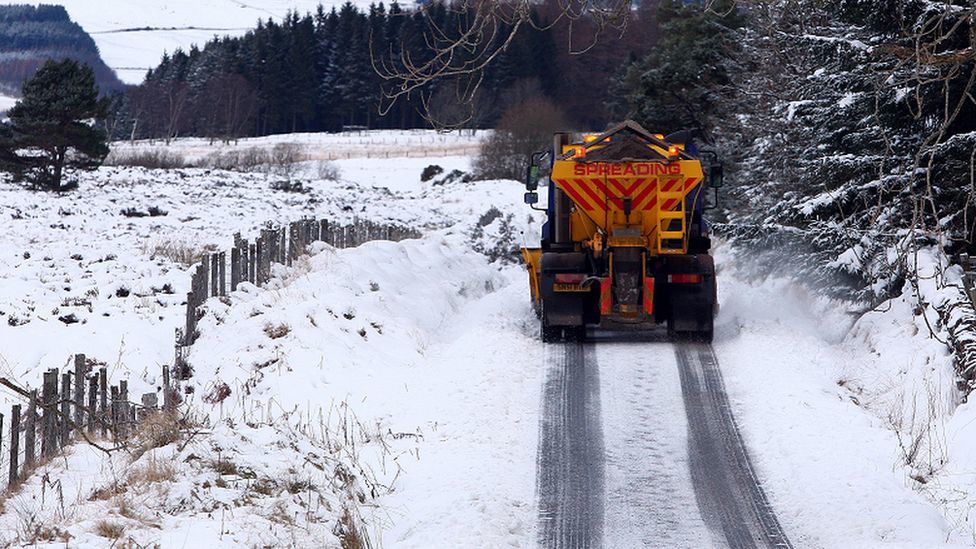 Gritting lorries are normally associated with protecting the roads in the cold, winter months.

But as well as protecting against icy conditions, they can also be deployed to prevent damage to roads in hot conditions.

Three vehicles are currently in operation in Worcestershire and a road has been treated in Leicestershire, while gritters were deployed during the hot spell in June earlier this year in other parts of England.

Hampshire and Warwickshire county councils have also confirmed they are preparing to send out their gritters, while several other councils have said they are on standby and monitoring the situation.

It may sound unusual, but there is a very logical explanation behind it.

Instead of salt, gritters in the summer are used to deposit sand or stone dust on roads which may be at higher risk of melting in extreme heat, acting as a sponge to soak up excess bitumen.

"Snow and ice are the last thing on most people's minds at the moment and I'm sure there's been a lot of head-scratching if they've seen our gritters out on the roads in the height of summer," he said.

"This proactive work helps reduce the potential damage high temperatures can inflict on our roads, so keeping them safe and limiting disruption." 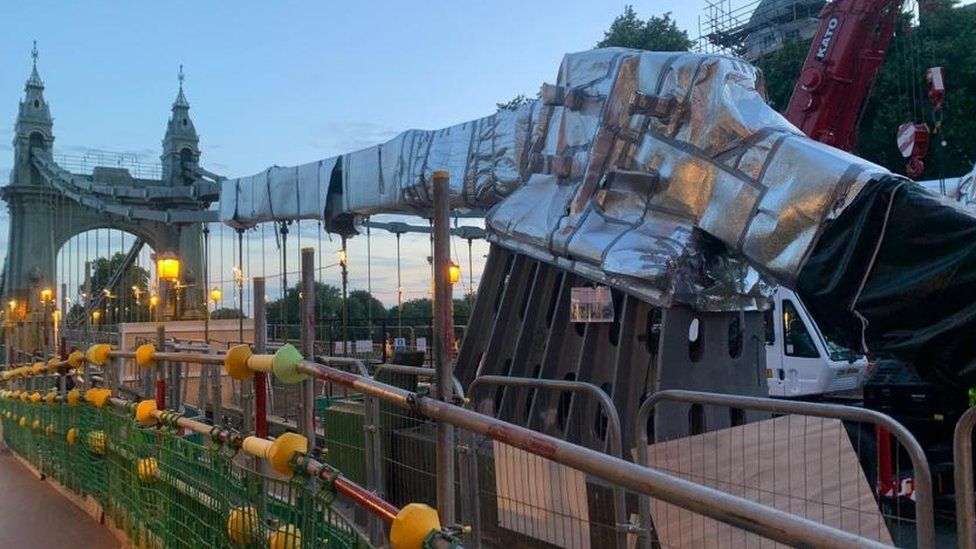 We have all seen images of runners wearing foil blankets, but have you ever seen a bridge wrapped in the material?

Silver insulation foil has been placed over the chains on Hammersmith Bridge in London to reflect the sun and stop it overheating.

The chains, which are anchored to the river bed, are regulated to be kept under 13C (55.4F) in the summer. If any of them reach 18C (64.4 F), safety engineers will shut the bridge.

The Grade II*-listed structure, built in 1887, had to be closed during a heatwave in 2020 when cracks in the cast-iron expanded.

The bridge reopened the following year but only to pedestrians and cyclists.

The foil and a £420,000 cooling system, installed following the 2020 heatwave, are being used to keep the pedestals safe so it remains open to the public. 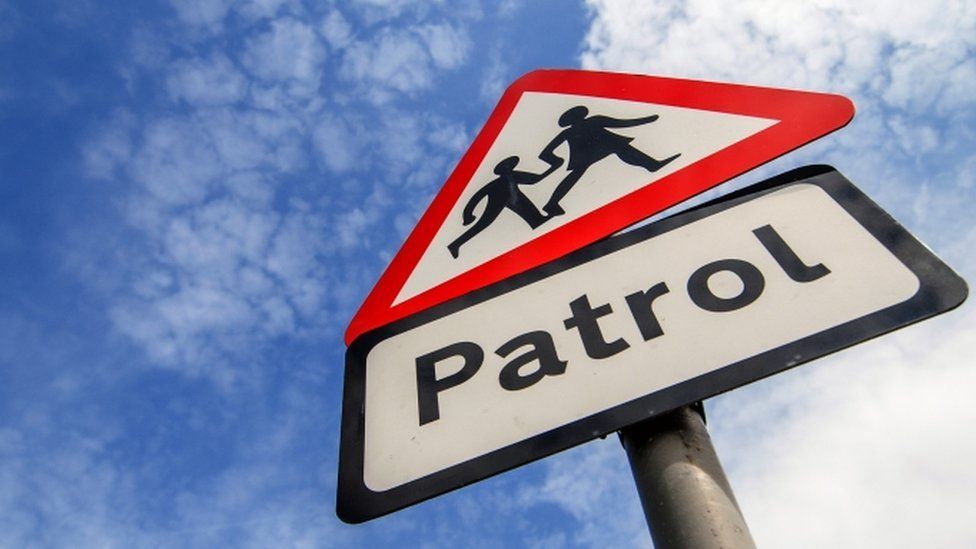 Schools are taking a number of measures

Schools across the country are taking a number of measures to protect their pupils against the heat.

Some have relaxed their uniform policy, allowing children to wear their PE kits to help keep them cool.

Dozens of schools, including Finham Park School in Coventry, Skinners' Kent Academy, in Tunbridge Wells and the Co-op Academy Swinton in Greater Manchester, are allowing pupils to wear their PE kit rather than uniform.

Some schools are also preparing to send pupils home early, including the Hereford Academy in Herefordshire.

A message on its Facebook page read: "Due to the high temperatures due to hit next week, we will have an earlier condensed format for our final four days: Finishing earlier but starting earlier thus being away for the hottest part of the day." 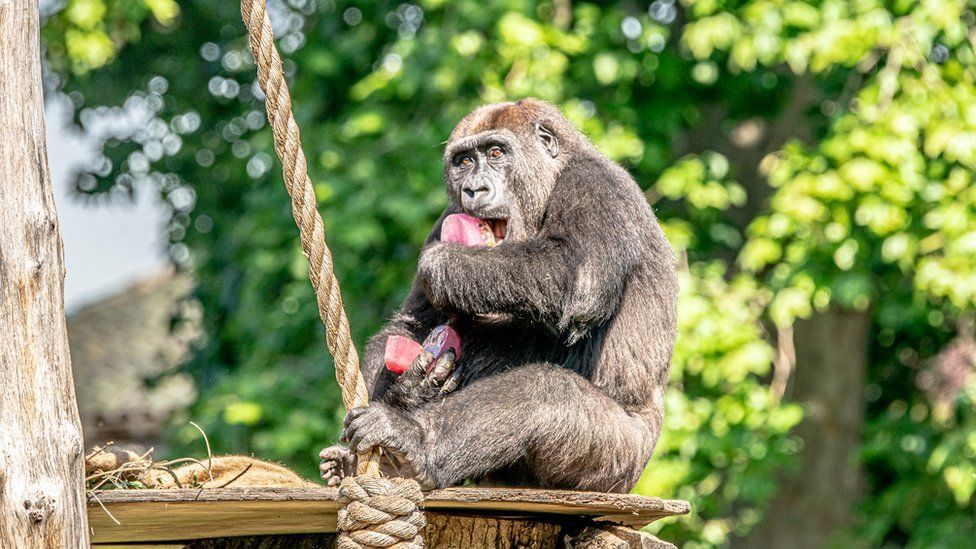 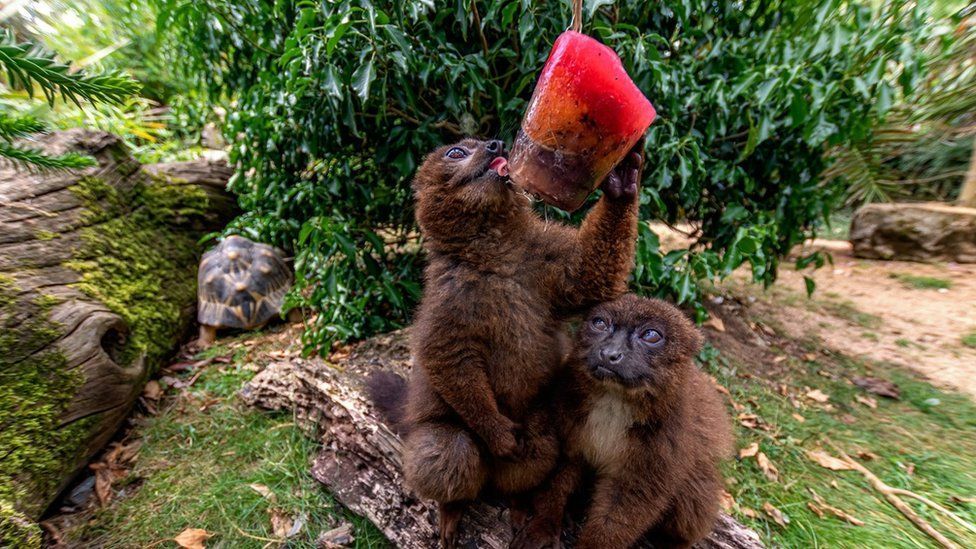 And it is not just people who have to be looked after.

Zoos, wildlife parks, and sanctuaries up and down the country have measures in place to make sure their animals keep hydrated.

Some animals at ZSL London Zoo are given healthy ice pops to enjoy, made from frozen sugar-free iced tea and filled with nuts and seeds.

"Primates such as the gorillas and squirrel monkeys love an ice lolly, just like us," said zookeeper Rob Harland.

Asiatic lions and pygmy hippos at the zoo have their own moats to swim in while other animals, like the red river hogs, get a cooling shower from their zookeeper, Rob added.

Cotswold Wildlife Park, in Oxfordshire, has also been making ice lollies from ingredients in the animals' normal diets, including pears and carrots.