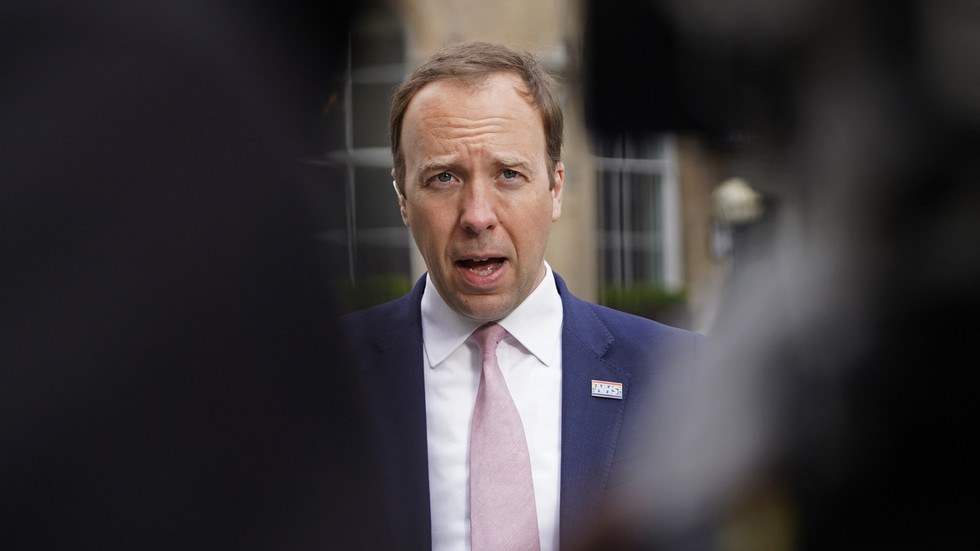 UK Secretary of State for Health Matt Hancock has denied any wrongdoing after a report claimed he assisted with a former minister's lobbying for government PPE contracts during the Covid-19 pandemic.

The Times reported on Sunday that Hancock helped a former minister for civil society, Brooks Newmark, secure a £178 million ($250 million) deal for personal protection equipment (PPE) after Newmark partnered with a dog food company owner to “broker PPE deals for international suppliers,” including a business in Hong Kong.

During an interview with the BBC’s Andrew Marr on Sunday, Hancock denied any wrongdoing through his involvement, arguing that the UK received millions of protective goggles in return.

After Marr asked Hancock whether it was “appropriate” to be involved in the procurement process with a former minister, the health secretary said, “Yes, it was absolutely appropriate for people to get in contact with anybody at the Department for Health when the country desperately needed PPE.”

“I sent this contact straight onto the PPE team and they looked at it. I didn't have anything to do with the award of contract,” Hancock declared, claiming he “just pinged it on.”

“In this case, we ended up with 90 million goggles for people in the NHS as a result of this approach,” he added.

Hancock insisted it was “not true” that people who personally know him, Prime Minister Boris Johnson or others in the government receive preferential treatment for contracts. “We saved lives on the frontline and at no point did we have a national outage of PPE and I'm incredibly proud of my team that pulled that off,” he said.

Johnson’s government has repeatedly been accused of cronyism during the pandemic for awarding contracts to companies and individuals on friendly terms with its ministers.

Even former prime minister David Cameron was engulfed in a lobbying scandal this year, sparking an official investigation. Cameron has denied any wrongdoing and confirmed he will participate in the inquiry.

Cameron allegedly exploited his position as a past prime minister to hold secret meetings with ministers in a failed effort to get Greensill – a financial services company he was representing – added to the Corporate Covid Financing Facility scheme.