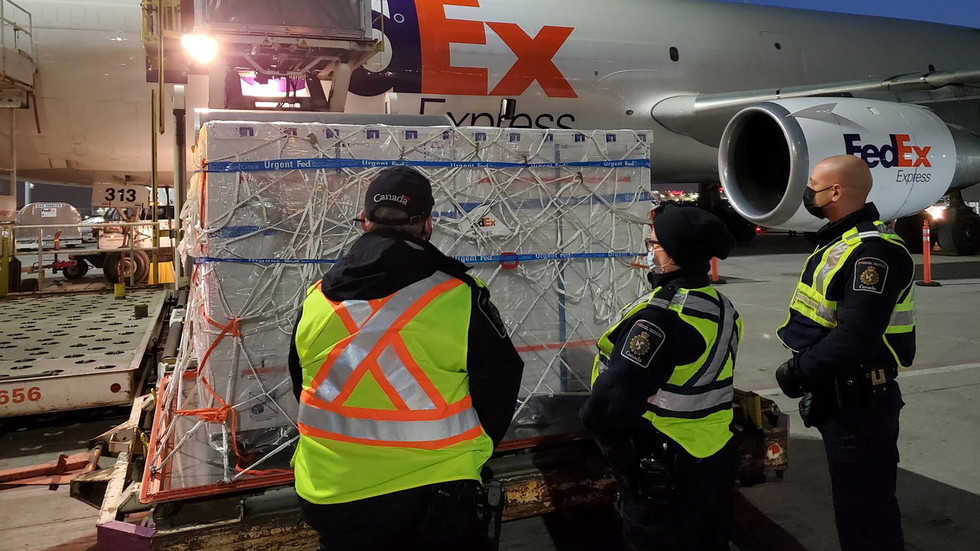 The British health secretary has dismissed rumours that the government played a role in the secret export of 717,000 Covid-19 vaccines reportedly flown to Australia from the UK, despite London experiencing its own jab shortage.
Speaking on Thursday to Sky News, UK Health Secretary Matt Hancock did not deny reports that more than 700,000 British-produced AstraZeneca doses had been sent to Australia, but suggested it had nothing to do with Westminster.

“In terms of what the companies do, these companies are manufacturing for all around the world, and we source from everywhere in the world,” Hancock stated, adding that the only thing that matters to the UK is that the National Health Service (NHS) gets the jabs it ordered.

Asked whether the British government had sent vaccines abroad, Hancock replied “No,” claiming “the British Government has a contract with seven companies now, but of course including AstraZeneca, for the delivery by AstraZeneca to the UK for us to deploy through the NHS, and that’s the bit I’m responsible for.”

On Wednesday, the Sydney Morning Herald reported that 717,000 vaccines had arrived in Australia from the UK over the last two months. The paper claimed that 300,000 UK-manufactured jabs landed at Sydney Airport on February 28, while another large batch arrived on an Emirates passenger plane in March. The shipments were kept quiet to avoid enraging the British public. It had previously been believed that the jabs arriving in Australia were from the EU.

The Sydney Morning Herald report claimed the evidence shows that not a single Covid-19 vaccine has been exported from the EU to Australia. On Wednesday, Australian Prime Minister Scott Morrison demanded that the EU release the remainder of 3.8 million AstraZeneca jabs it had been expecting. It was stated that Australia is still owed 3.1 million doses, with the 700,000 jabs seemingly exported from the UK.