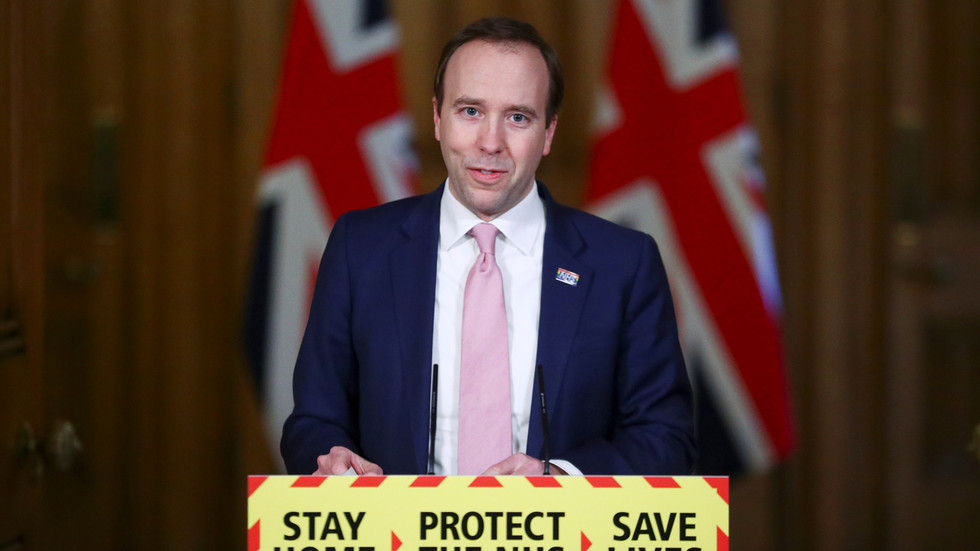 Health Secretary Matt Hancock cannot confirm whether the UK’s current coronavirus rules will be eased as planned on June 21 or delayed due to the fast-spreading Indian strain.
Hancock told Sky News on Sunday that, though hospitalisations for Covid-19 are currently low, “it’s too early to make a final decision” on whether the restrictions will be lifted later this month.

“We’re not saying no to the 21st of June at this point,” he noted, adding, however, that the government would “keep watching the data for another week,” including the “link from the number of cases to the number of people who end up in hospital.”

“It is absolutely true that the number of people ending up in hospital is broadly flat at the moment, whereas the number of cases is rising, showing that the link is not absolute as it once was,” he said.

The final stage of Prime Minister Boris Johnson’s lockdown-lifting plan, June 21 was originally set as the date when all restrictions would be removed – including the current ban on nightclubs – provided case numbers were low and vaccination rates high.

It has been reported that the government is considering an alteration to the so-called Covid-19 road map that would retain many of the restrictions currently in place, such as masks, social distancing, and working from home. July may instead be the month when the full lifting of limitations takes place if June is deemed too soon.

During the interview, Hancock also revealed that the Covid-19 vaccination would be made available to the under-30s from next week and called on older Brits who’ve been vaccinated once to take up their second dose.

“Everybody must go and get their second jab, because the first isn’t as effective on its own,” the minister warned. “We all need to go and get vaccinated and, that way, we will break the link between the number of cases and the number of hospitalisations.”
#COVID-19  #Covid  #Coronavirus  #Boris Johnson
Add Comment