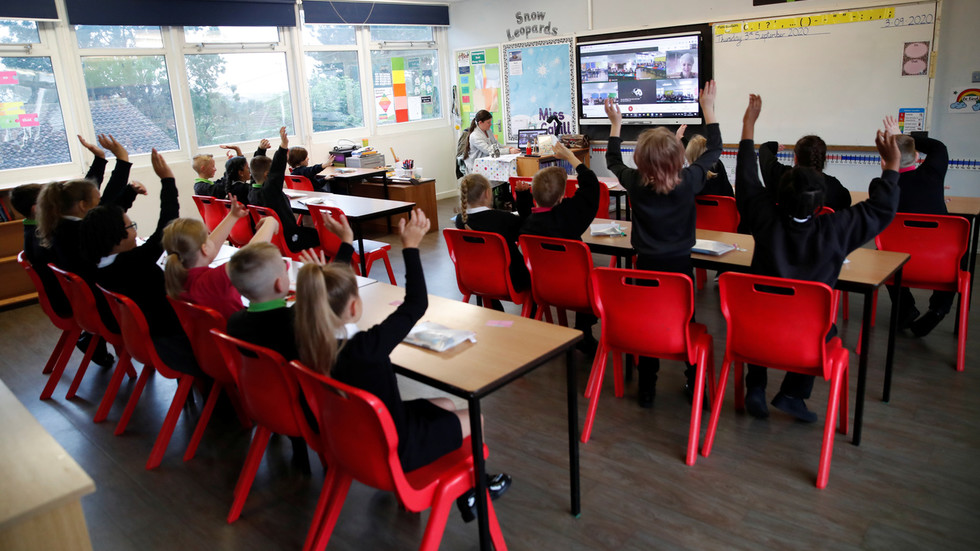 A UK primary school headmistress has kicked off a storm after revealing that she has instructed her teachers not to use a number of “sexist” phrases, including ‘let’s go, guys’ and ‘boys and girls’.

Sarah Hewitt-Clarkson, who heads the Anderton Park primary school in Birmingham, told the Good Morning Britain show on Thursday that students as young as three are taught to reject the use of the banned expressions by holding up posters.

The program – which has stoked fierce debate among parents – rewards the two students who flag the ‘best’ instances of such usage with certificates at the end of the week.

“If our boys and girls grow up and in school we don’t challenge this sexist language and boys are told, ‘man up’, ‘grow a pair’ and ‘boys don’t cry’, it’s very damaging for them...abusers later on potentially, or bullies, will also use this fear,” Hewitt-Clarkson said.

“Fear is the biggest weapon that abusers have and if boys are told, ‘boys don't get scared’, ‘boys don’t talk about their feelings’, then where are they going to go when they are afraid and they are frightened?” she added.

“Fast forward a little bit to when the children are older just to see why this is so important because it’s a tiny part of a huge jigsaw,” said Hewitt-Clarkson, who had previously said that there was a thread tying tragic outcomes like the murder of Sarah Everard to casual ‘banter’ and the examples adults set.

When asked how the school handled the resulting issues in addressing students in a classroom setting, Hewitt-Clarkson said that the preferred greeting should be “good morning everyone” since that does not create a gender divide and includes people who might not identify as either sex.

Journalist Nana Akua, who was also part of the show, called the move “absolutely ridiculous” and warned that “we’re creating a generation of wallflower kids who are listening for an offence.”

Noting that the “context of language” was important, Akua told Hewitt-Clarkson her “energy is in the wrong place.”

Social media users were divided on the school’s emphasis on gender identity and inclusion with as many supporters defending the program as important as there were critics who called it unnecessary.

Describing it as “absolutely ridiculous”, one person, a primary school teacher, tweeted, “Let kids be kids. They grow up too fast as it is.”

Another user, identifying herself as an academic, said Hewitt-Clarkson was right since “we do segment” others based on lessons learned early on.

A number of users suggested she stick to teaching students “reading, writing, arithmetic and also how to be kind” instead of “any of this other stuff.”

The majority of users agreed with the need to “phase out” some phrases like ‘man up’ and ‘grow a pair’ but called for “balance and some common sense”. Some also expressed concern about the long-term effects of the program.

But some denounced the program as evidence of “brainwashing” and “stifling freedom of speech” in schools, while others said the problem lay with the English language.