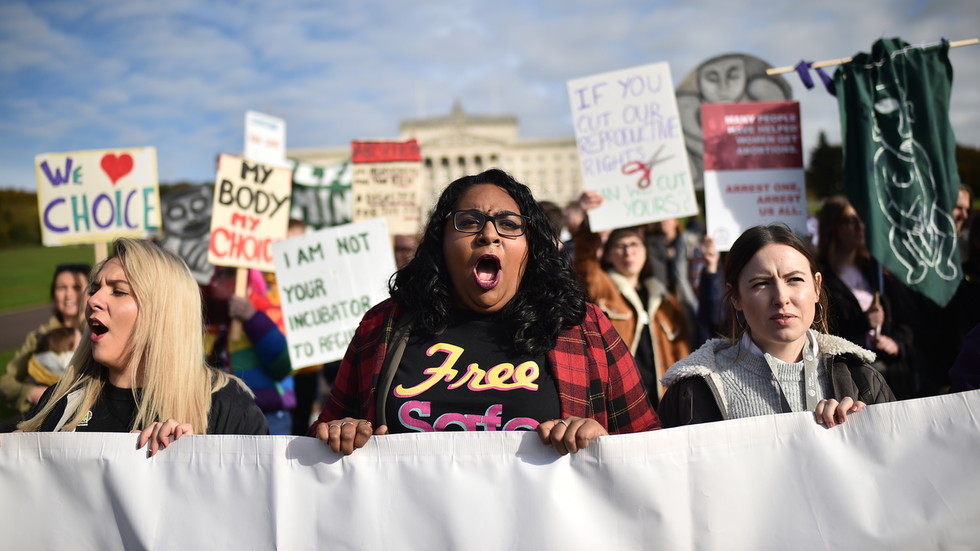 Westminster has directed the Northern Irish authorities to implement full abortion services by the end of next March, after the region failed to do so despite a 2019 referendum that decriminalised the termination of pregnancy.

On Thursday, the UK Secretary for Northern Ireland, Brandon Lewis, issued a formal direction to Stormont’s Department of Health, calling on it to implement full abortion services for women no later than by the end of March 2022. Lewis had said he had “no choice” but to use special measures to start the process of improving the standard and accessibility of abortion services in Northern Ireland.

Abortion was decriminalised in the region in October 2019, following a referendum on the issue, with termination becoming legal in March 2020. Despite the changes in law, Lewis noted that women were still unable to access abortions safely in the country, over a year and a half later, however.

The secretary of state said it was his “legal and moral obligation” to ensure that access to abortion services was as straightforward and accessible as elsewhere in the UK.

“At the heart of this matter are the women and girls in Northern Ireland, who have been, and continue to be, denied the same reproductive rights as women in the rest of the UK.”

Lewis used special powers on Thursday to issue the direction Abortion (Northern Ireland) Regulations 2021. The statutory instrument was passed to ensure the Northern Irish government complies with the law.

While he acknowledged that the pandemic may have slowed down the implementation of abortion services in Northern Ireland, Lewis nevertheless said he remained “extremely disappointed” at the slow pace of change and lack of dialogue on the issue with the region’s Health Department.

There was a significant decrease in women travelling from Northern Ireland to England and Wales for an abortion in 2021, according to UK government data. Only some 371 made the journey for the purposes of an abortion in comparison to 1,014 in 2019. While the abortion law has taken effect in Northern Ireland, some medical practices refuse to carry out terminations after 10 weeks, however, resulting in women still having to travel abroad if they don’t wish to continue with a pregnancy at a later stage.

A spokesperson for a pro-choice Northern Irish organization ‘Alliance for Choice’ praised the intervention, saying in a statement: “Finally, long overdue abortion services can take their place within healthcare in Northern Ireland.”

“We remain hopeful that people will no longer have to endure the degradation of forced travel to England or navigating a precarious and limited service,” they added.

Conservative politicians of the Democratic Unionist Party, on the other hand, did not rejoice in Lewis’ move. Carla Lockhart, a DUP Member of Parliament in Westminster, called for the legislation that decriminalised terminations to be repealed, posting on Twitter that “abortion harms the voiceless, the most vulnerable in our society.”

Northern Ireland was one of the last countries in Europe with a ban on abortion. Gibraltar, a British overseas territory on the tip of southern Spain, recently voted to make abortion legal up to 12 weeks of pregnancy. Andorra and Malta still have strict abortion laws, where it is illegal for women to terminate pregnancies even if the mother’s life is at risk.