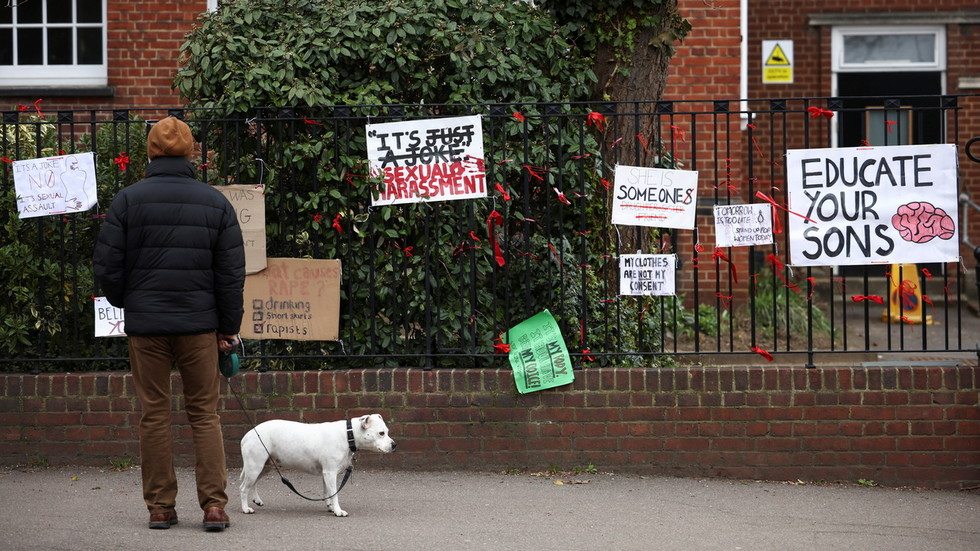 An immediate review of safeguarding policies in British state and independent schools will be launched, the government has announced, following the online posting of thousands of reports of sexual abuse.
In a statement on Tuesday, the Department for Education said it had asked the UK’s education watchdog, Ofsted, to look at “the extent and the severity of the issue”, and ensure the correct practices are in place to support potential victims.

The review will be carried out by the end of May and will involves the police, as well as representatives from social services, victim support groups and schools.

A new helpline, run by the NSPCC, the UK’s leading children’s charity, will also go live from Thursday to support young people and help them report sexual abuse in school to the police, the department said.

in recent weeks, as more than 11,500 testimonies of rape, sexual violence and abuse were posted to the website Everyone’s Invited.

“Sexual abuse in any form is abhorrent, and it is vital that these allegations are dealt with properly,” UK Education Secretary Gavin Williamson said in response to the deluge of allegations of abuse.

While the review is to focus on state-run and independent schools, in recent weeks, the spotlight has also been thrown on alleged serial abuse in private institutions that don’t have existing formal co-operation networks with police.

The fee-paying Highgate School, in London, which is named in the allegations posted to Everyone’s Invited, has said that a former Court of Appeal judge will conduct a review into its alleged “rape culture”.

Two other private schools in the capital, Dulwich College and Latymer Upper School, which have been hit by hundreds of allegations, have both reported incidents involving their pupils to police.

London’s Metropolitan Police said last week that it is investigating a number of the complaints posted on Everyone’s Invited and has engaged with the platform owner.
Add Comment