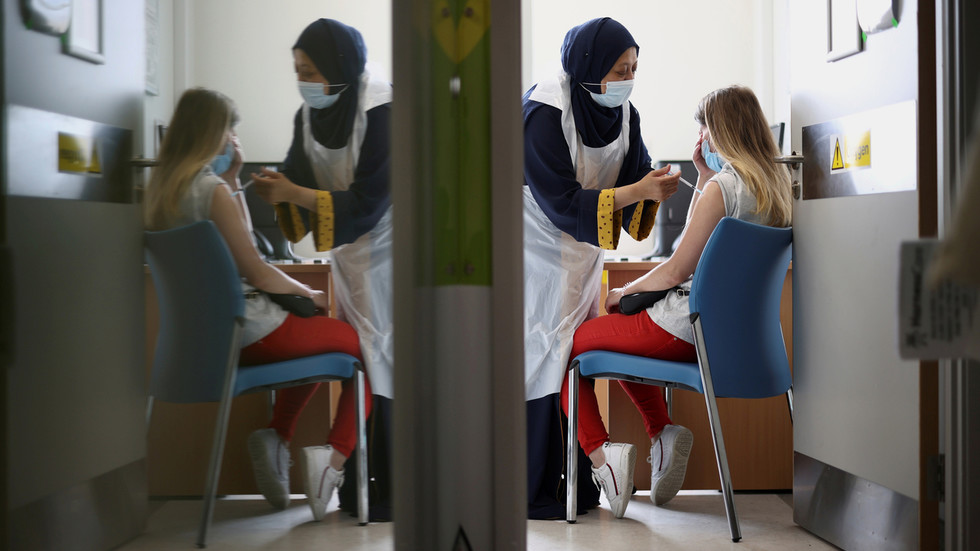 Over 80% of Britons over the age of 16 have now received two jabs of a Covid-19 vaccine, the government announced on Tuesday, as officials launch a new campaign to boost uptake among under-18s.
In a statement on Tuesday, the Department of Health and Social Care said the successful vaccination campaign had helped the UK keep hospital admissions down, despite Covid cases spiking again during the Summer.

The department said Covid jabs had helped to save more than 105,000 lives and ensure that at least 143,600 individuals did not need medical treatment in England.

Sajid Javid, Health and Social Care Secretary, hailed the milestone as a “phenomenal achievement” that has allowed the nation to build “a wall of defence” that will allow citizens “to live safely with this virus.”

While more than half of all 16- and 17-year-olds in England have received one jab, the government launched a new digital campaign across multiple social media platforms and radio stations to boost further uptake among teens. The campaign urges them to get inoculated to ensure they “don’t miss out on half term plans.”

Calling on citizens to get “their life-saving vaccinations,” Vaccines Minister Nadhim Zahawi stressed the importance of ensuring “everyone eligible should not delay in getting their jab.”

Zahawi faced criticism from some Brits on Monday after it was revealed that, despite his earlier assurances, vaccine passports would be rolled out for some venues from the end of September.

The Tuesday update on vaccine uptake comes after the government was forced to deny a report that a lockdown was planned in October if Covid hospitalisations continue at the current rate.

The Department for Education said that the suggestion of a lockdown, which would have coincided with the half-term holiday, is “not true.”
#Vaccines  #COVID-19  #vaccine  #Covid
Add Comment