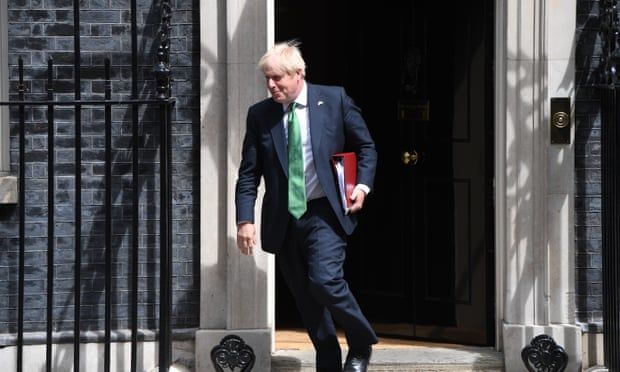 UK government to table no-confidence motion in itself

The unexpected move will force Conservative MPs to back the government but will make the vote more straightforward as it will not constitute an endorsement of the prime minister.

“Labour were given the option to table a straightforward vote of no confidence in the government in keeping with convention. However, they chose not to,” a government spokesperson said.

“To remedy this we are tabling a motion which gives the house the opportunity to decide if it has confidence in the government. The government will always allow time for appropriate house matters whilst ensuring that it delivers parliamentary business to help improve people’s everyday lives.”

The prime minister’s press secretary later added that Johnson planned to open the debate ahead of the vote on Monday. She insisted Labour’s own motion including the Commons not having confidence in the prime minister was “not good use of parliamentary time”.
A Labour source said the decision was “madness” and one they expected would backfire. “Not sure Tory leadership candidates or marginal MPs will welcome this,” they said.

Labour reacted with fury on Tuesday night when Downing Street refused to allow parliamentary time for the motion it had tabled. Longstanding convention is that if the leader of the official opposition tables a motion of no confidence, the government makes time for it to be debated and voted on.

Tory whips said Labour’s motion fell outside the scope of the convention by identifying Johnson. However, Labour said the motion had been ruled in order by the House of Commons clerks. It pointed to the 1965 confidence motion, which mentioned the prime minister.
#Boris Johnson  #Johnson
Add Comment