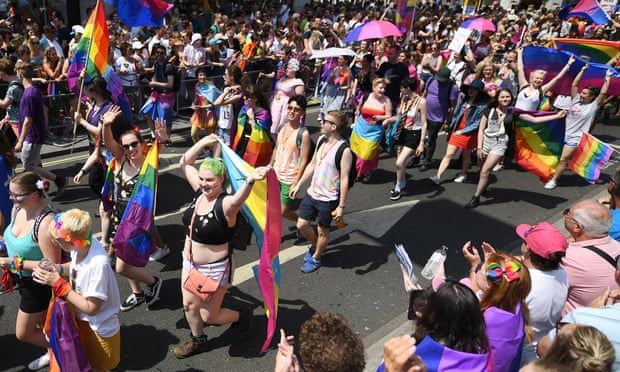 The UK government’s first-ever global conference on lesbian, gay, bisexual and transgender rights is to be hosted in London next year, as ministers race to fulfil pledges to the international 42-country Equal Rights Coalition.

The “Safe To Be Me” event is expected to be the largest of its kind and will invite elected officials, activists and policymakers from across the world to participate over two days in June 2022, coinciding with the 50th anniversary of the first official London Pride marches.

Nick Herbert, who was the Conservative MP for Arundel and South Downs from 2005 to 2019 before being made a lord last year, has been announced as chair of the event and as the prime minister’s special envoy on LGBTQ+ rights.

The conference will be used to champion equality at home and abroad, and ministers say it will attempt to “make progress on legislative reform, tackling violence and discrimination, and ensuring equal access to public services for LGBT people”.

Herbert said: “It will be the first time that a global event on this scale – including parliamentarians – has been held, and I hope it will help to drive collective action for real change.”

The announcement comes at a crucial juncture, as the 2021 Rainbow Europe Map, a continent-wide benchmarking tool, reveals there has been widespread and almost complete stagnation on human rights for LGBTQ+ people across Europe over the last 12 months.

In an annual survey published in full on Monday, the International Lesbian, Gay Bisexual, Trans and Intersex Association (Ilga Europe) has ranked 49 countries and found “a disturbing standstill” on legislative and policy progress, with an increase in LGBTQ-phobic hatred and political repression.

Under Boris Johnson’s premiership, the British government has been criticised by LGBTQ+ activists and human rights charities for rolling back the rights of trans people. Last Tuesday, new voter registration laws announced in the Queen’s speech were labelled “divisive and discriminatory” by lawyers at Liberty, who said that plans to force voters to carry photo identification would disproportionately affect minorities including trans and non-gender-conforming people.

Last autumn, when the government scrapped reforms to the Gender Recognition Act (GRA) which would have allowed allow trans people to self-identify, Stonewall’s chief executive, Nancy Kelley, described the move as “a shocking failure in leadership” where the government had “missed a key opportunity to progress LGBT equality”. 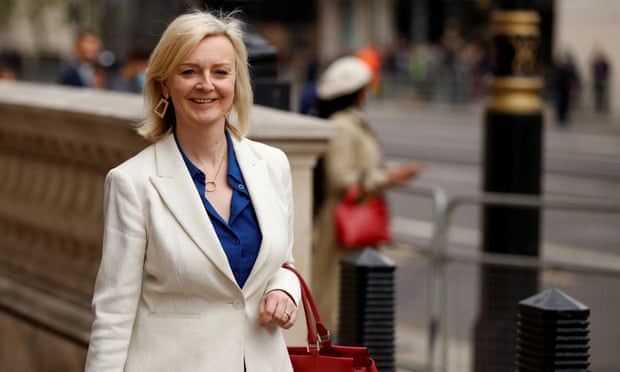 Liz Truss, the equalities minister, has been criticised by campaigners for her stance on the Gender Recognition Act.

The UK took over as co-chair of the global Equal Rights Coalition alongside Argentina in July 2019, and has been expected to launch a comprehensive five-year strategy to increase international action to defend the rights of LGBTQ+ people around the world. The Safe To Be Me conference has been designed to meet that commitment and is being worked on by the Government Equality Office and the Foreign Office.

Amelia Abraham, the author of Queer Intentions and a forthcoming book on LGBTQ+ rights, We Can Do Better Than This, said she welcomed the announcement of the conference but was wary of the Conservative party’s track record on influencing minority rights across the world.

“The prime minister should deal with some of the huge issues facing LGBTQ+ people here before holding the UK up as a bastion of progress,” she said. “For instance, the UK government should stop asking us to vote on whether gay conversion therapy should be banned, as if that’s a question at all. They should also make it legal to have a third gender option on passports – like dozens of other countries around the world do – in order to legally recognise the thousands of non-binary people living here, who were also ignored on the census.”

Liz Truss, the minister for women and equalities, said: “This conference will take aim at the prejudices LGBT people still face, and look at the collective action we can take to tackle those injustices alongside our international friends and partners. People should be judged on the basis of their individual character and talents alone, and we want to ensure that this message is heard around the world.”

Abraham said the minister’s comments were “a hypocritical slap in the face given Truss’s failure to support trans rights and adequately reform the GRA as government had promised to”.

On Saturday, Kishwer Falkner, who was appointed by Truss to lead the Equality and Human Rights Commission, said it was “entirely reasonable” to challenge the biological status of trans women. Baroness Falkner was speaking after the commission intervened in the case of a woman who lost her job after colleagues complained that she was bigoted and transphobic.

A judge ruled that the woman’s views were “not worthy of respect in a democratic society” and threw out her claim at an employment tribunal for unfair dismissal. Falkner claimed, however, that it was “a freedom of belief” that the commission was determined to protect.

The foreign secretary, Dominic Raab, said next year’s conference would be a chance to promote progressive values. He said: “The right to live life without fear and persecution are the bedrock of inclusive and open societies and the UK, as a force for good, will protect and promote these values at home and around the world.”