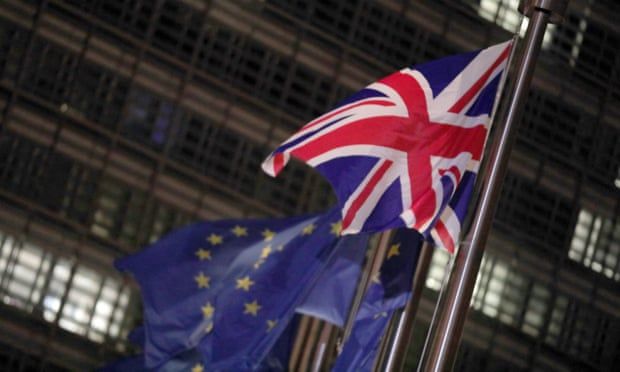 Court rules government failed to fulfil obligation to collect correct amount of customs duties and VAT
The British government faces paying a hefty charge to the EU after the European court of justice ruled it had been negligent in allowing criminal gangs to flood European markets with cheap Chinese-made clothes and shoes.

Publishing its final ruling on Tuesday, the court concluded that the UK as member state had “failed to fulfil its obligations” under EU law to combat fraud and collect the correct amount of customs duties and VAT on imported Chinese goods. The failures by HMRC date from 2011 to 2017.

Under the withdrawal agreement signed by Boris Johnson, the UK remains subject to ECJ jurisdiction for any breaches of EU law during its time as a member state. The European Commission has been seeking since 2018 to force the UK to pay more than €2bn (£1.7bn) in compensation to the EU budget.

The complaint emerged in 2017, when the EU’s anti-fraud office said British authorities had allowed criminals to evade customs duties by making false claims about clothes and shoes imported from China. It found that more than half of all textiles and footwear imported into the UK from China were below “the lowest acceptable prices”.

In a blow to the government, the EU’s highest court upheld the complaint, finding “that the United Kingdom has failed to fulfil its obligations under EU law by failing to apply effective customs control measures or to enter in the accounts the correct amounts of customs duties”.

It also said the British government had failed to provide EU officials with all the necessary information to calculate the amount of money owed.

But it was not a complete victory for the commission, which had claimed a €2.7bn payment from the UK government to cover the EU’s losses. The court said the commission’s calculations had not met the “requisite legal standard” and instructed EU officials to recalculate the losses based on recommendations in the judgment.

The UK cannot appeal against this final verdict but has the right to challenge the commission over how much money it should pay into the EU budget, once a revised bill is published. The British government has also been ordered to pay four-fifths of the commission’s legal costs.

The case emerged after a 2005 decision championed by the then EU trade commissioner, Peter Mandelson, to abolish quotas on textiles and clothing from all World Trade Organization countries, including China. In subsequent years, EU fraud officials became concerned that shell companies were using fake invoices that undervalued Chinese-made clothes and shoes. In 2014, the EU’s anti-fraud office launched Operation Snake to check import declarations, which included a method to calculate undervalued goods.

British customs officials declined to use the EU method, arguing it was counterproductive and disproportionate. In court, the UK defence team said its customs officers had done everything required to combat fraud, contending that EU law did not mandate any method to calculate undervalued goods. The government was supported by six member states: Belgium, Estonia, Greece, Latvia, Portugal and Slovakia.

The court, however, sided with EU officials, suggesting the UK should have used EU-wide method set out by the bloc’s anti-fraud office, Olaf.

A UK government spokesperson said they would consider the judgment and respond in full in due course, adding: “Throughout, we’ve made the case that we took reasonable and proportionate steps to tackle fraud in question and that the Commission vastly overstated the size and severity of the alleged fraud.