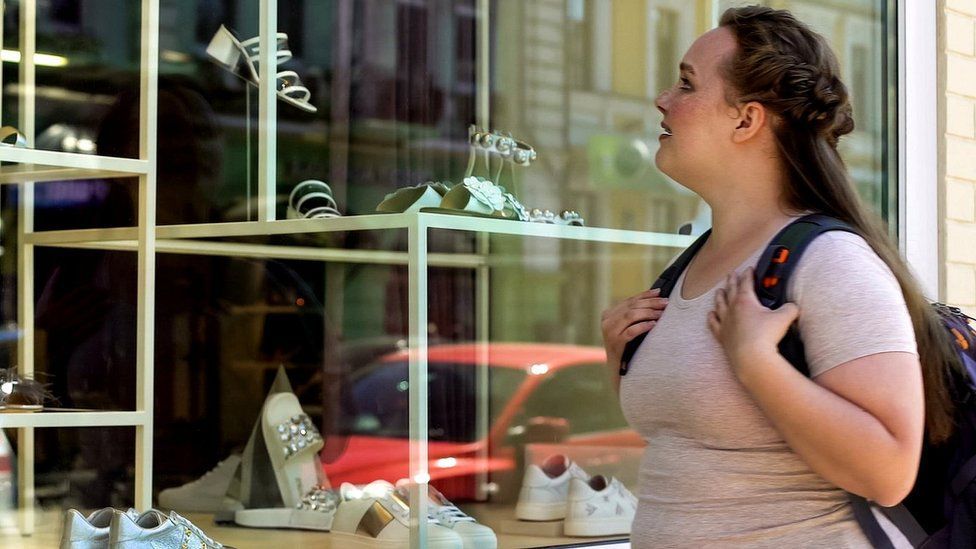 The UK economy shrank between April and June as experts forecast a gloomy outlook with recession on the horizon.

The economy contracted by 0.1% in the second quarter of the year, the Office for National Statistics (ONS) said.

This was partly due to Covid schemes like Test and Trace ending, retail sales falling and the Queen's Platinum Jubilee bank holiday in June, it said.

The Bank of England has forecast the UK will fall into recession towards the end of the year as energy costs soar.

Despite shrinking between April and June, the UK economy avoided recession because gross domestic product (GDP) grew by 0.8% in the first three months of this year.

A recession is defined as the economy getting smaller for two consecutive three-month periods.

Up until now most economists - and the Bank of England - did not expect a recession to begin until the final three months of 2022.

Many expected a small rebound in economic growth between July and September. But the latest figures from the ONS have prompted some experts to warn that recession could come sooner than they had initially thought.

The National Institute of Economic and Social Research said it expected the UK economy to continue falling over the next three quarters.

Capital Economics said there was now a greater risk that the economy will shrink by 0.2% between July and September before worsening.

But investment bank Goldman Sachs still predicted growth of 0.4% in the third quarter of 2022. A spokesperson said: "We had previously assumed a sharp bounce back in July but now expect a more muted rebound."

HSBC's forecast was more positive, it said: "If the UK is going into recession, then we don't think this is the start of it."

"We still expect a bounce back in July - the reversal of the bank holiday effect - to set the UK up for a positive Q3, as does the Bank of England," it added. 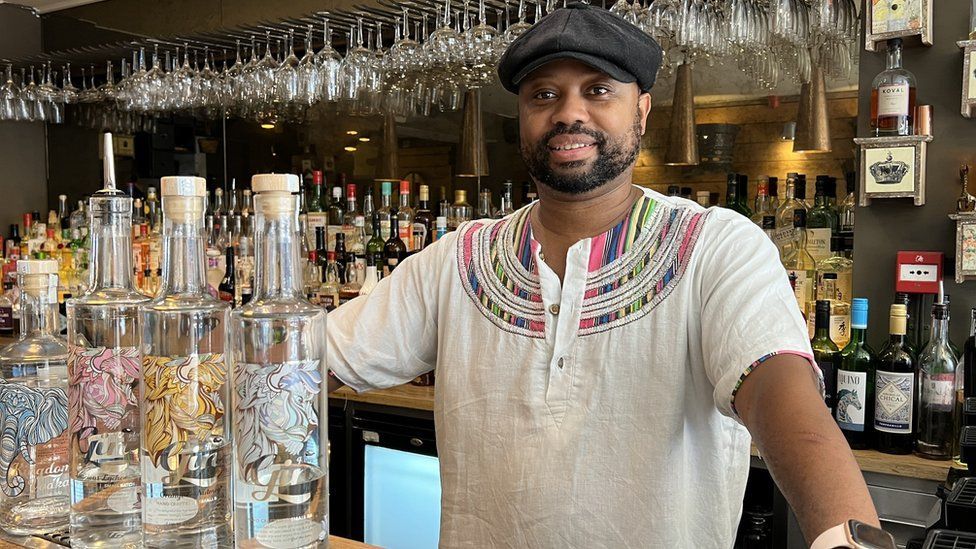 Kingdom Thenga, who owns a number of local bars and restaurants in Chester, says for him, it already feels like the UK is in a recession.

"I think we are not too far away from it because of the consistent blows we're getting from energy bills, from people not going out, to the cost of living, it just seems that's where we're heading," he said.

He says his business is currently "in survival mode".

"It's not about making money, it's not about trying to expand or trying to grow our business, it's just about stabilising the business especially after the pandemic over the last two years," he told the BBC.

Mr Thenga says the biggest issue he's facing is rising costs - with everything from poultry to vegetable oil soaring in price - while the amount of money his customers have in their pockets is going down.

"Energy bills are ridiculous, the cost of fuel is ridiculous and I appreciate people don't necessarily have the money or can't spend what they used to, because everyone is so worried about what the bills are going to be," he says.

The UK is facing the worst rate of price rises - or inflation - in 40 years as energy costs continue to soar.

Commenting on the 0.1% contraction between April and June, the ONS said that the biggest contributor was from "human health and social work activities" as Covid test and trace and vaccination programmes were wound down. There was also a fall in retail sales volumes.

However, it said areas such as tourism, bars and entertainment showed strong growth.

"Health was the biggest reason the economy contracted as both the test and trace and vaccine programmes were wound down, while many retailers also had a tough quarter," said Darren Morgan, director of economic statistics at the ONS.

"These were partially offset by growth in hotels, bars, hairdressers and outdoor events across the quarter, partly as a result of people celebrating the Platinum Jubilee." This included rises in mobile food stands and takeaway food shops. 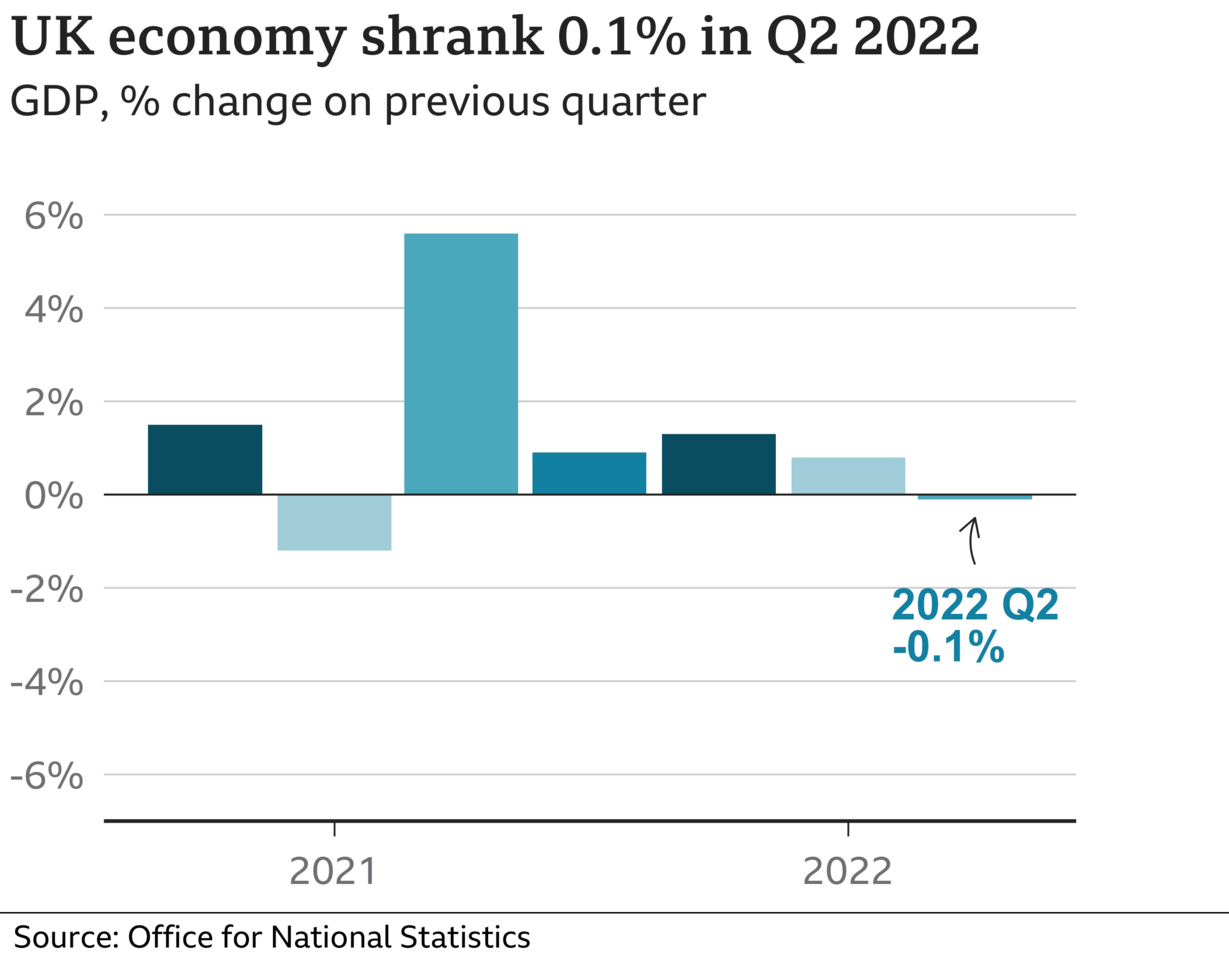 The ONS said that in June alone the economy shrank by 0.6% in June due to the extra bank holiday to celebrate the Queen's Platinum Jubilee.

However, that figure was much better than the 1.3% fall predicted by economists. The ONS said that while the bank holiday impacted on monthly GDP, it had "little impact" on the quarterly figure.

The Chancellor, Nadhim Zahawi, told the BBC that these are "challenging times".

"What the numbers show today is that the contraction is partly because of some of the Covid activities reducing but also real resilience in the private sector which actually in many ways bodes well... But nevertheless these are challenging times," he said.

But Labour accused the Conservatives of "losing control of the economy".

Shadow Chancellor Rachel Reeves said: "With the Bank of England forecasting a recession lasting the whole of next year, the Conservative leadership contenders need to stop playing to the gallery and start coming up with a serious plan to get Britain's economy back on track."

A big part of the drop in Gross Domestic Product in June was because of the Platinum Jubilee - which meant two fewer working days of producing goods and services, in contrast to May, which had one additional working day.

It was always expected that that would magnify the downswing from May to June and economists expected a sharper drop in activity.

The 0.1% drop over the three months from April to June was only half as bad as some economists thought.

Nevertheless, given the backdrop of the global squeeze on incomes due to soaring energy prices, no-one can say this drop in activity is just a blip.

The squeeze on the hard-pressed consumer is tightening its grip, with activity in consumer-facing services down by 4.9% compared to before the pandemic.

And with France, Italy and Canada seeing growth, no-one can say this is a stellar economic performance.

All in all, it's not yet the recession the Bank of England has forecast: more a precursor.