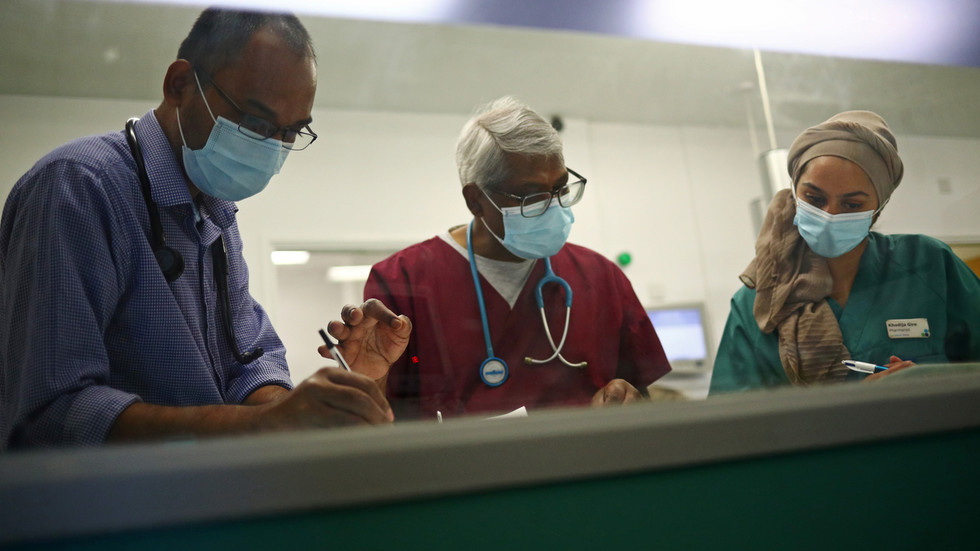 A new poll shows migrant National Health Service (NHS) and care staff in the UK are continuing to have to pay a surcharge to access healthcare – despite PM Boris Johnson saying in May that he would scrap the £400 annual fee.

According to a poll conducted by Doctors’ Association UK and seen by the Guardian, 158 NHS workers say they are still being made to pay for the immigration health surcharge – with only eight revealing they are not.

The doctors’ group has hit out at the UK government’s lack of action, telling the outlet that “the utter failure” to adhere to the pledge made last month was “an insult to our colleagues who have served this country during our time of need.”

On May 21, Johnson was forced into the extraordinary U-turn after coming under pressure from his own Tory MPs and peers to get rid of the “mean-spirited and immoral” surcharge non-EU healthcare workers had to pay. The PM promised to scrap the fees “as soon as possible,” along with other mounting visa costs that migrant health and social care staff were being required to pay.

The survey of UK doctors also revealed a seemingly chaotic process, with foreign employees applying for new visas being told by officials that they could not guarantee fees paid now would be refunded. Others are being told that the rule will only apply to them as healthcare staff, and not their immediate families.

The date when fees will be axed is still unknown, and guidance is yet to be published by the UK Department of Health and Social Care.

Calls to improve the rights of migrant NHS staff are growing. A group of cross-party UK lawmakers who sit on the Commons Home Affairs Committee say that the Home Office's visa extension list excludes poorer healthcare staff such as porters and cleaners.

The MPs insist that the scheme “fails to recognise the scale” of such workers' “[contributions] to the UK fight against Covid-19.”