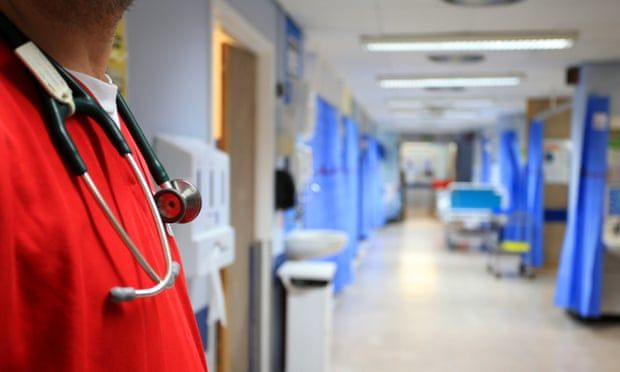 Delegates at the British Medical Association’s (BMA) annual conference voted to press ministers to agree to the increase to make up for real-terms cuts to their salaries over the last 14 years.

Some doctors who supported the motion cited striking rail workers as an inspiration for how groups of workers should pursue pay claims with Boris Johnson’s administration.

Last week members of the RMT union staged three stoppages, while teaching unions threatened strike action if their pay was not increased by more than inflation.

Frontline doctors said years of pay freezes and annual salary uplifts of 1% had caused the real value of their take-home pay to fall by almost a third since 2008. They now want “full pay restoration” to return the value of their pay to 2008 levels, and have instructed the BMA to pursue that goal with a government that has made clear it will not hand public sector workers sizeable salary increases in case it fuels already rampant inflation.

The motion noted “with horror that all doctors’ pay has fallen against RPI [the retail prices index] since 2008 to the tune of up to 30%”. It said the BMA’s leadership should “achieve pay restoration to 2008 for its members within the next five years” and report back annually on progress.

Proposing the motion, Dr Emma Runswick, a member of the BMA’s ruling council, said: “We should not wait for things to get worse. All of us deserve comfort and pleasure in our lives. Pay restoration is the right, just and moral thing to do. But it is a significant demand and it won’t be easy to win. Every part of the BMA needs to plan for how to achieve this.”

She added: “I’m not foolish, I know that’s it’s likely to be that industrial action will be required to move the government on this issue … Do not be tempted to accept a pathetic future for our profession. We are worth more.”

The BMA’s decision represents a major escalation of the growing determination among health unions to secure substantially bigger salaries for NHS staff, to help them cope with inflation running at 9.1%. All are pressing for a pay rise that at least equals inflation, though the Royal College of Nursing is seeking a rise of 5% above that.

She said a 30% uplift was possible. “Last month binmen in Manchester won a 22% pay rise. Two weeks ago Gatwick airport workers won a 21% pay increase. And in March cleaners and porters at Croydon hospital won a 24% pay rise,” Sutton-Klein said, noting that those workers’ ability “to collectively negotiate and collectively withdraw labour” had proved instrumental to their successes.

The depth of feeling among doctors about their pay was evident at the conference in Brighton. One delegate, Anna Athow from London, called the motion “a sellout” because, she claimed, it meant doctors had “to sit on their hands” doing nothing for five years. Others also said the 30% restoration should be achieved much sooner, with one saying it should happen within six months.

Another speaker, Dr Kevin O’Kane, a consultant, told the gathering: “This is our time of maximum power. Don’t waste it with a five-year flaccid fudge. We need real action this side of the general election.”

Two independent groups of experts that advise the government on NHS pay – the NHS pay review body and the review body on doctors’ and dentists’ remuneration – will soon give their recommendations for what frontline personnel should receive in 2022-23.

The pay review body is expected to recommend that NHS personnel (not including doctors and dentists) should get an increase this year of somewhere between 4% and 5% – above the 3% that ministers have set as a firm maximum, but well below that demanded by health unions.

Dr Vishal Sharma, the chair of the BMA’s consultants committee, who is one of four contenders to become the union’s new leader on Wednesday, said he understood the calls for full pay restoration. “Doctors’ pay has been unjustifiably cut, with their take-home pay falling by almost a third since 2008. It’s clear that our members will no longer tolerate the government’s woeful failure to reverse these cuts.”

A Department of Health and Social Care spokesperson said: “We are incredibly grateful to all our NHS staff and we recognise the pressures caused by the rising cost of living. NHS staff received a 3% pay rise last year, despite a public sector pay freeze, and in 2019 the government and the BMA agreed to a multi-year pay deal for doctors in training, which guaranteed an 8.2% rise in pay over four years.

“We are giving NHS workers another pay rise this year – no decisions have been made and we will carefully consider the recommendations from the independent pay review bodies.”
#Boris Johnson  #Johnson
Add Comment