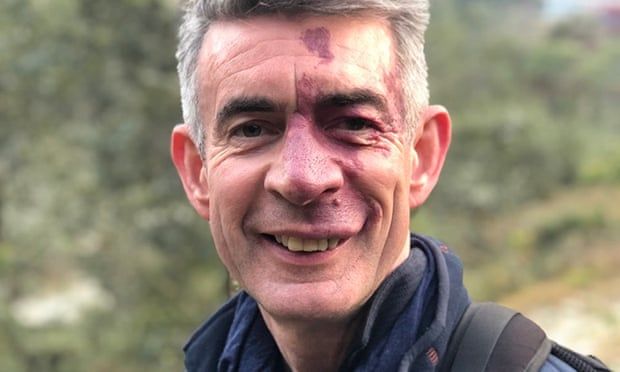 Former Nepal ambassador worked 15-hour shifts for Foreign Office’s Covid taskforce with little time off
A distinguished British diplomat killed himself after suffering “extreme stress” while he worked long hours with little time off on the Covid crisis, a coroner has concluded.

Richard Morris, the former ambassador to Nepal, feared that he would lose his upcoming post as high commissioner of Fiji if he could not prove his “resilience”, senior coroner Chris Wilkinson said.

After returning from Nepal, Morris, 52, worked on the case of Harry Dunn, the teenage motorcyclist killed in a crash that sparked diplomatic tension between the UK and the US after the suspect, an American citizen, flew home.

He then began working 15-hour shifts six or seven days a week for the Foreign Office’s Covid taskforce and suffered from night sweats, worrying that he was going to make a mistake that could land him in prison, the hearing in Winchester heard.

Morris vanished from the family home in May 2020 and his body was not found until 31 August in woodland only 2.5 miles away.

The coroner said: “The volume of work was intense and we now know Richard was suffering. Richard suffered an element of a breakdown.”

Wilkinson said the pandemic “weighed heavily” on Morris. “In essence from the end of January he had very little – if any – downtime. When he did it was interrupted by his thoughts about work and anxieties or interrupted by calls for help.

“I fear that he was very much caught in his own thought process, his diligence and his desire that everything was done correctly and desire to not let the team down, whether that was the team, the government or the country.

“Resilience was a significant factor for Richard. His view was that he needed to do the best that he could, that his resilience would put his service at risk and his position in Fiji at risk.”

Julia Longbottom, Morris’s boss in the Covid taskforce who is now the British ambassador to Japan, told the inquest she believed he was willingly “going the extra mile”.

“What I noticed was a slightly more extreme or exaggerated Richard than I had worked with previously, who was somewhat prone to double checking things or question whether he was getting things right or how he was doing.

“My focus was reassuring him that he was doing a good job and the team were able to do things.”
#Covid
Add Comment