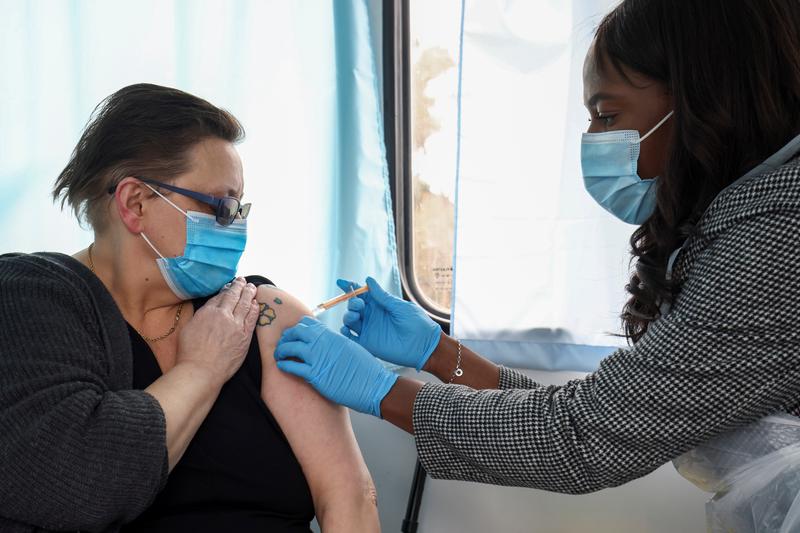 UK could give two doses of COVID vaccine to all adults by September, task force says

The United Kingdom could give two doses of COVID-19 vaccine to all adults by August or September, helped by its portfolio approach of buying from several different producers, the interim head of the country’s vaccine taskforce told Sky News on Tuesday.
Britain has vaccinated 15.6 million people with a first dose and 546,165 with a second dose, the fastest roll-out per capita of any large country so far.

Clive Dix, leading the group which managed Britain’s vaccine procurement strategy, told Sky News that more vaccines would be approved for use in the “very near future”, providing enough shots in case there were any production issues from existing suppliers AstraZeneca and Pfizer.

Asked how long it would take the UK to give two doses of the vaccine to all adults, he replied: “We’re probably talking August time or September time all done, maybe sooner if we need to.”

“We’ve got to deliver just over 100 million doses of vaccine and I believe we should be able to do that. I’m not in deployment so I can’t look at the numbers of when they will be. But if they need to be deployed by then, we’ve got the vaccine to do that.”
#COVID-19  #vaccine  #Pfizer  #AstraZeneca  #Covid  #Vaccines
Add Comment