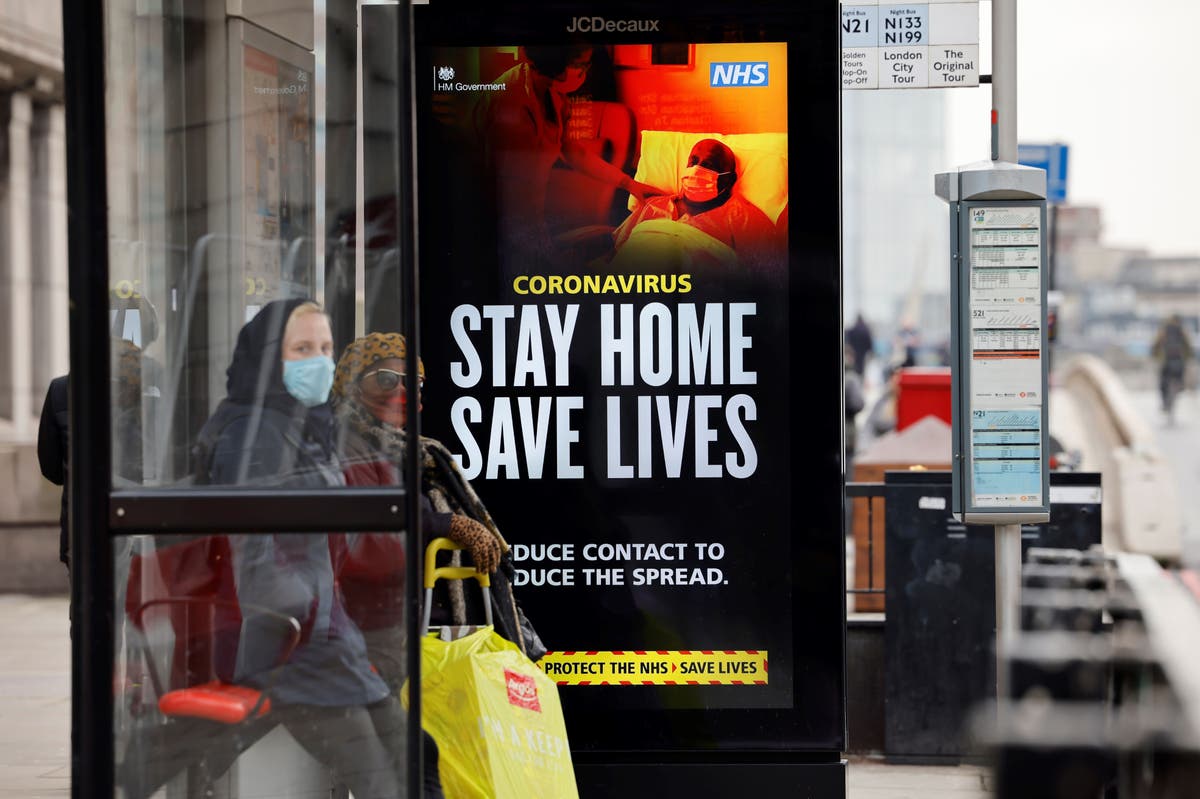 The UK’s four chief medical officers have agreed the Covid-19 alert level should move from five – its highest – down to four as the risk of the NHS being overwhelmed within 21 days “has receded”.

The alert level was raised to level five on January 4, the day Boris Johnson announced the third national lockdown for England.

Speaking at the time, the Prime Minister said it was necessary for everyone to stay at home as the UK entered the “last phase of the struggle”.

The UK’s four chief medical officers and NHS England’s national medical director Stephen Powis, said in a joint statement on Thursday that while the health services across the four nations remain under signigicant pressure, coronavirus patient numbers in hospitals are “consistently declining”.

They stressed that it was important people “remain vigilant” and continue to follow the guidelines.

“Following advice from the Joint Biosecurity Centre and in the light of the most recent data, the four UK chief medical officers and NHS England national medical director agree that the UK alert level should move from level five to level four in all four nations,” the statement says.

“The health services across the four nations remain under significant pressure with a high number of patients in hospital, however thanks to the efforts of public we are now seeing numbers consistently declining, and the threat of the NHS and other health services being overwhelmed within 21 days has receded.”

It continues: “We should be under no illusions – transmission rates, hospital pressures and deaths are still very high. In time, the vaccines will have a major impact and we encourage everyone to get vaccinated when they receive the offer. However for the time being it is really important that we all – vaccinated or not – remain vigilant and continue to follow the guidelines.

“We know how difficult the situation has been and remains to be for healthcare workers, we thank them for their immense effort, skill and professionalism throughout the pandemic.”

It comes as the latest data from Public Health England shows case rates are continuing to fall among all age groups.

Boris Johnson announced England’s roadmap out of lockdown on Monday.

When asked about “wiggle room” on current plans to lift lockdown if the data suggests infections and hospital admissions are falling fast as the vaccines are rolled out, the Prime Minister said it was important to remain cautious.

On a visit to Accrington Academy in Lancashire on Thursday morning, Mr Johnson said: “I think it’s very important to have a timetable that is sensible, that is cautious, but one that is also irreversible.

“And that’s the virtue of the timetable we have set out. Everybody knows the dates – March 8, kids back in school, April 12, shops reopen, May 17 hospitality reopens, June 21, we hope, if all things go according to plan, a general reopening.

“And I think those are a series of dates, towards which people can work and I think that the people of this country would rather trade some haste for some certainty and that’s why we’ve done it in the way that we have and we will still continue to stick to that plan.

“We’re sticking to our plan, obviously we will continue to look at data but the data currently still shows, as you know, that the incidence of the disease, sadly remains high. I’m afraid the numbers of people in hospital are still not far below the peak that they were in April last year.

“So we think that the road map that we’ve set out is a good and balanced one for us to get on a journey that is cautious, but as I say irreversible as well.”