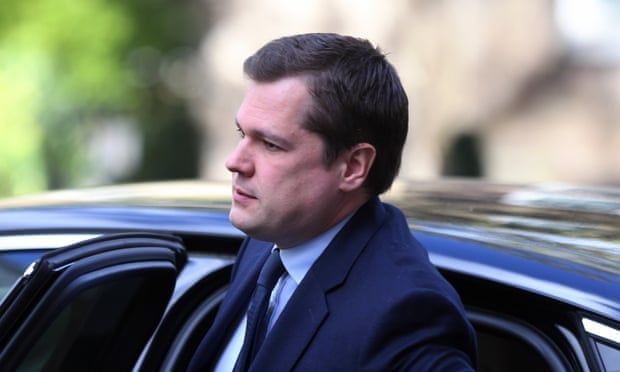 Campaigners urge Robert Jenrick and Rishi Sunak to renew funding for Housing First pilots supported by Sajid Javid
Housing campaigners are warning that a widely praised initiative to get people off the streets in the long term faces “catastrophic disruption” if the chancellor Rishi Sunak does not renew funding.

Charities including Crisis, St Mungo’s and Homeless Link have written to the housing secretary, Robert Jenrick, and the chancellor demanding the government extends finance for three pilots of Housing First in the West Midlands, Liverpool and Greater Manchester.

The initiative, which gained traction in the US and involves giving homeless people homes before trying to tackle addiction or mental health problems, is being developed in England through three regional pilots. They were launched in 2017 with £28m in funding and by February had housed more than 800 people. About nine out of 10 of those involved have stayed put. More people have joined since, many of them homeless for years.

The charities want the government to accelerate an existing manifesto commitment to extend the programme as part of the government’s pledge to “end the blight of rough sleeping” by the end of this parliament – which is likely to run to 2024. Ministers have said they will only do this when the lessons from the pilots are fully learned but homeless campaigners warn this creates “a cliff edge”.

The pressure to extend the project coincides with the release on Wednesday of the annual rough sleeping figures for London which frontline workers expect to show a rise for 2020/21 despite the “everyone in” project which saw thousands brought into temporary accommodation in the early months of the coronavirus pandemic.

But the charities said in a letter to Jenrick and Sunak: “All that has been achieved – both by the individuals that have trusted in services for the first time and through service development – is being placed at risk by an approaching cliff-edge in funding. Two of the pilots’ funding terms are coming to an end in 2022, with West Midlands following in 2023. The anxiety and uncertainty created by the approaching end points is already having an impact on residents and staff.”

A study by the Centre for Social Justice (CSJ) thinktank earlier this year endorsed by the new health secretary Sajid Javid, found that while at least 16,000 people would benefit from the housing first approach, so far only around 2,000 places were available across England.

Javid said in February: “A national Housing First programme would build on the foundations of the regional pilots – and the government’s ambitious efforts to provide accommodation during the pandemic – to deliver 16,500 homes and transformational support. It’s an opportunity to give some of the most vulnerable people in our country a second chance, and welcome them back into society.”

Housing First places are available in other parts of the country as well as in the pilot areas. With more concentrated deployment of support staff to each recipient – typically no more than six clients to one support worker – they tend to be more expensive than just housing. However, the approach is effective at helping long-term rough sleepers who have been on the streets for years. The CSJ calculates that if £10,000 is spent on annual support costs per person, it can save £15,000 from other public spending on homelessness services, criminal justice costs and drug and alcohol dependency treatments.

The Greater Manchester programme is helping 429 people and 93% of them have stayed in the property they were given.

“A core principle of Housing First is that flexible support is provided to people for as long as it is needed,” said Rick Henderson, chief executive of Homeless Link, a national homelessness membership charity. “There should be no cut off or end date. Many of the people who benefit ... have experienced significant trauma in their past that manifests in issues such as drug and alcohol problems and/or mental health issues. Together with stable housing, the unconditional offer of support gives people the security to start to address these underlying issues and achieve their goals.”

He said uncertainty over funding contradicted the ethos of the projects and caused “great anxiety for all three services, including the people benefitting from support”.

A spokesperson for Ministry of Housing, Communities and Local Government said: “We are providing over £750m this year alone to tackle homelessness and rough sleeping, and will ensure the achievements from the Housing First pilots inform our future plans.”
#Coronavirus
Add Comment