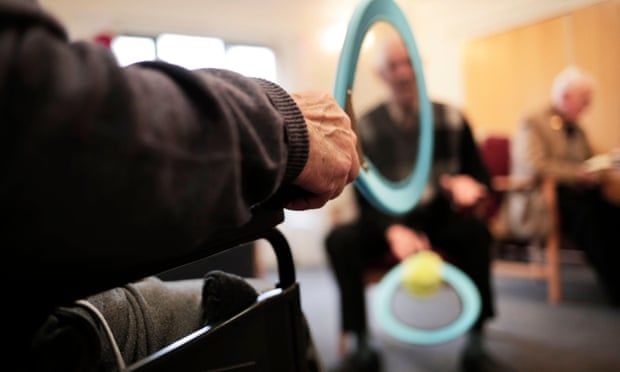 Providers say lenders have ‘no appetite’ for industry battered by Covid and staff crisis
Care homes are facing a credit crunch with banks refusing to lend money or provide new services for fear that the care sector is about to crumble, senior care leaders have warned.

A survey of care providers in Hampshire found that 20% had been told their bank was concerned about their long-term viability. Several reported that their bank said they had “no appetite for the care industry” and had refused basic services such as additional accounts.

Nadra Ahmed, the chair of the National Care Association, said providers elsewhere were under similar pressure. “We haven’t seen surveys but I know these conversations are beginning to be held across the country with all banks. Some a bit more aggressive than others. Definitely we are hearing that providers are beginning to feel the pressure.”

Care providers are reluctant to reveal any problems to their local authority clients or the Care Quality Commission for fear of being put into special measures or losing care contracts. Almost half of the care homes that responded to the survey by the Hampshire Care Association (HCA) said they were concerned the current crisis could put them in a high-risk position with their bank or lender.

A fifth reported their bank or lender had been in touch to raise these concerns directly. While some banks were supportive, others had put them under pressure including sending “threatening letters”, one provider said, expressing concerns about care providers’ long term viability.

The report quoted providers saying banks did not want to work with adult social care organisations. “[We were] told the bank does not have an appetite for the care industry,” one provider said. “[They raised] concerns re longevity of care homes as a viable business,” another said.

Andrea Pattison, the HCA executive board member who led the survey, said: “This isn’t just an issue for one or two banks or one or two providers. The majority of the sector is made up of small- and medium-sized businesses, and the government needs to step in to stop banks from foreclosing viable businesses, imposing adverse conditions or withdrawing funding.

“A failure to do that would be a threat to the adult social care sector overall and by extension the NHS, who rely on us to deliver great care.

“It was a shock to hear providers saying their banks weren’t interested in social care as a sector. That was intensely concerning.”

Ahmed said the crisis in social care was becoming ever more acute. “Any resilience that providers had, pre-Covid, was eroded because of the fiasco around PPE and everything we’ve been through before funding was made available,” she said.

On 30 September, the Infection Control Fund, a pot of £600m to pay for PPE for social care firms, will end. “We don’t yet know if that is going to continue,” the industry body Care England said.

The gas price crisis and labour shortages are also putting social care under pressure, Ahmed said. “Heating does not go off in a care setting,” she said. “This is a time of reckoning. As a matter of urgency, the health secretary needs to look at creating a sustainable social care market and bridging the gap between resources and demand – not just money but the workforce too. They are exhausted and anxious and being offered better paid jobs as Amazon delivery drivers.”

The survey comes after months of concern in the sector that insufficient financial help during the Covid pandemic will see care homes and home care providers going out of business, leaving vulnerable people without care.

Analysis by the Liberal Democrats shows social care services face a £1.7bn Covid black hole. Local authorities in England spent £3.2bn on adult social care during the first year of the pandemic, with money going on PPE, extra workers and dealing with extra demand. Yet they received only £1.49bn of extra Covid-19 funding from Westminster, according to Lib Dem figures based on research by the House of Commons library.

“More than 1.5 million people are now missing out on the care they need and many are stranded in hospital, unable to leave because the follow-up care just isn’t there,” the Lib Dem health spokesperson, Munira Wilson MP, said.

UK Finance, which represents banking, said the survey did not reflect its conversations with people in the sector. A spokesperson said: “Lenders understand the current pressures on the social care sector and are actively providing support for viable businesses. As responsible lenders, finance providers will regularly be in touch with their customers to check on their status and see if any assistance may be required.”

The government said it would encourage banks and lenders to take a flexible approach to their customers. Local authorities would have access to sustainable funding for core budgets at the spending review.

A government spokesperson said: “We are committed to the delivery of world-class social care, and the new £5.4bn funding for the sector will put in place comprehensive reforms that are sustainable and fit for the future.”
#COVID-19  #Covid
Add Comment