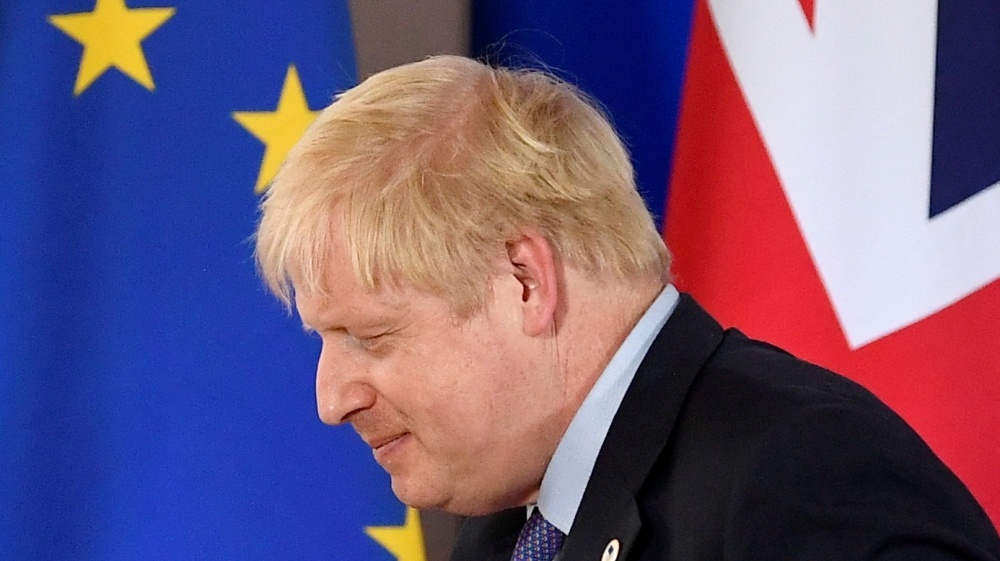 UK Brexit showdown: What you need to know about Saturday's vote

The United Kingdom's deeply-divided parliament is readying to decide on the revised Brexit deal brokered between Prime Minister Boris Johnson and the European Union.

Saturday's vote in the 650-seat House of Commons is expected to be knife-edge close and comes less than two weeks before the UK is scheduled to depart the bloc on October 31.

If he wins, Johnson will have delivered Brexit, as he has repeatedly pledged to do since taking office in July. If he loses, however, the UK's years-long political drama over its decision to quit the EU in a 2016 referendum will once again kick into overdrive.

Here is what you need to know.

When will parliament vote?

MPs will sit from 08:30 GMT (9:30am local time) in parliament's first Saturday session this century. MPs last convened on a Saturday in April 1982, when they met to discuss the Argentine invasion of the British-controlled Falkland Islands.

Johnson will make a statement to MPs and will then take questions on his deal. That will be followed by a debate, which is not time-limited and could last several hours. The vote will take place after these discussions have concluded, meaning it could start anytime from the early afternoon onwards.

How will MPs decide?

Johnson's statement is his last chance to convince MPs to back his plan.

At the end of their debate, the vote will be decided by a simple majority and the result announced soon after.

Johnson requires at least 320 votes to guarantee victory, if there is full attendance. The number is less than 326 because seven Irish nationalist Sinn Fein party members do not take their seats and the House of Commons' Speaker and the Speaker's three deputies do not vote.

It is too close to call.

Johnson's ruling Conservative Party lost its majority in parliament last month during a series of successive defeats over the prime minister's Brexit plans.

He will now be scrambling to secure the support of 28 hard line Eurosceptic Conservative MPs - who voted repeatedly against the previous withdrawal agreement brokered by Johnson's predecessor, Theresa May - and 23 former Conservative MPs, 21 of whom were kicked out of the party in September for voting against Johnson's Brexit strategy.

If he wins unanimous support from both groups and the Conservative Party's 259 other MPs back the government, as they are expected to do, Johnson will still only have 310 votes.

Northern Ireland's Democratic Unionist Party (DUP), which has helped prop up the minority Conservative government since the 2017 general election, could help the prime minister get over the line if its 10 MPs back his deal.

But the party has ruled out supporting the agreement - which sets out a revised plan for Northern Ireland and does not contain the previous agreement's controversial "backstop" clause - saying it could not back what was being proposed as it was "not beneficial" to the province's economic wellbeing and threatened to "undermine the integrity of the Union".

As a result, Johnson will likely be forced to appeal to independents and even opposition Labour Party MPs for support. Several Labour MPs represent constituencies in which a majority of voters decided in favour of leaving the EU during the referendum.

Labour Party leader Jeremy Corbyn has however called on the party's 245 MPs to reject Johnson's deal. Several other opposition parties have also promised to vote against the government, including the pro-Europe Liberal Democrats and the Scottish National Party (SNP), which combined have 54 legislators in the House of Commons.

MPs who oppose Johnson's deal could also use Saturday's vote to try to secure support for another course of action by putting forward amendments to the government's own motion.

Commons Speaker John Bercow is responsible for selecting which amendments, if any, are to be voted on.

What happens if MPs approve the deal?

If a majority of MPs back Johnson's Brexit deal, it will then proceed to the European parliament, which must also ratify the withdrawal agreement for it to come into effect.

EU ratification would mean a significant milestone in the UK's dizzying bid to quit the EU will have been reached, pending the British parliament passing requisite Brexit legislation by October 31.

London could request a short extension from Brussels to allow MPs more time to sign off on the laws. Brussels could, in theory, reject that request, but such an outcome is extremely unlikely, given that the EU is eager to see the UK avoid a so-called "no deal" departure from the bloc.

Concerned over the prospect of a no-deal outcome caused by legislative delays, former Conservative MP Oliver Letwin - one of the 21 Conservatives thrust out of the parliamentary party by Johnson last month - and a cross-party coalition of MPs have also moved early to try and block that eventuality.

Letwin has put forward an amendment to the withdrawal agreement backed by representatives from Labour, the Liberal Democrats and the SNP which would require the government to request a three-month Brexit extension from the EU if the revised deal is approved by parliament.

If parliament votes in favour of both the amendment and the revised deal, Johnson could still try to hurry withdrawal legislation through parliament in order to get Brexit done by October 31 - a deadline he has repeatedly promised to meet.

If the Brexit bill clears the above hurdles, a so-called transition period will begin. During this period the UK and EU can start negotiations on a future relationship while current rules remain in place.

The transition period is scheduled to last until December 2020, though it can be extended by up to two years if the UK and EU both agree to take extra time.

The two sides have already agreed to a non-legally binding political declaration, which outlines the possible framework of their future relations.

What happens if MPs reject the deal?

Under a law passed by the UK Parliament in September, Johnson will be required to request a three-month Brexit extension from the EU on Saturday if MPs do not agree to his divorce deal or sign off on departing the bloc with no deal.

If the EU consents, Brexit would be pushed back until January 31 and any number of events - including an early election, second referendum and even cancellation of the UK's departure from the bloc altogether - could ensue.

The EU could however offer an alternative date, which Johnson could either then agree to himself or ask MPs to decide upon, or reject the extension outright.

Johnson, for his part, has repeatedly pledged to get the UK out of the EU by October 31, with or without a deal. However, any attempt to force a no-deal departure by the end of this month would likely face a legal challenge and could bring about a Labour-led vote of no confidence in the government in a last-ditch bid to avert exiting without an agreement.
#Boris Johnson
Add Comment