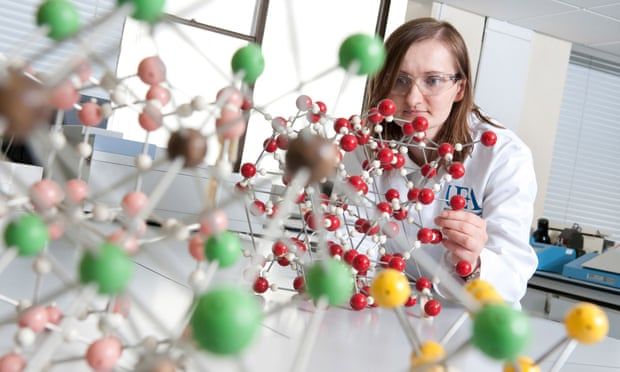 EU agreed to associate membership of Horizon Europe programme for UK but has not yet ratified deal
The EU is being urged to stop punishing scientists and end the year-long delay in letting British universities and laboratories access its flagship £10bn Horizon Europe funding programme.

Scientists across the UK and Europe have launched a campaign to get the UK admitted into the programme amid continuing fears that Brussels is using the fund as leverage in negotiations over the Northern Ireland protocol.

The EU agreed to associate membership for the UK as part of the wider Brexit trade deal struck on Christmas Eve 2020 but it has still not ratified the deal or a similar one with Switzerland, held up by a dispute over a draft treaty binding the country to the bloc.

The Swiss astronomer and Nobel prize winner Didier Queloz described the delays as a tragedy for science in the UK, Switzerland and Europe.

Lord Kinnoull, the chair of the House of Lords European affairs committee, which has recently investigated the impact of the delay, said: “This is a mutual self-harm problem. And that’s not good for something very precious, which is European scientific research.

“Last week we had two British academics and a European academic in front of us and there was a great clarity from all of them about how this was harmful to European science. Collaborative projects are much more than just a cheque … if you say you have a half-funded project you are very keen to do, you are not necessarily going to get the thumbs-up.”

Queloz, who is backing a Europe-wide campaign by scientists across the bloc to get membership ratified for the UK and Switzerland, said: “To be blunt, politicians have decided to use participation in Horizon Europe as a bargaining chip in wider negotiations.”

He wrote in the Financial Times: “If this is the way the game plays out, everybody loses. We risk destroying a fantastic tool that the EU has spent decades developing by excluding two of the biggest players in the global research arena for reasons that have absolutely nothing to do with the programme itself.”

Scientists say the days of solo science are long gone, with collaboration responsible for success in everything from the development of Covid vaccines to Queloz’s discovery of a new extrasolar planet. Queloz urged politicians to “pause for a moment” and consider the damage they were doing.

“As a scientist holding posts at the universities of Cambridge and Geneva, I recognise that I am conflicted. But, approaching 60, this decision won’t affect my career very much. I am not batting for myself, I’m batting for the future generation of scientists who will be held back by this failure of politics. If the UK and Switzerland walk away, the Horizon budget will be lower; there will be fewer opportunities for young talent to spend time in our great universities,” he said.

Ludovic Thilly, the chair of the executive board of the Coimbra group of 41 universities across Europe, said: “We cannot accept any longer that scientific cooperation be held hostage to bilateral politics. A decade of cooperation with our British and Swiss partners is at risk of being jeopardised, and this at a period of time when global challenges have never required so much international research cooperation.”
#Vaccines  #Covid
Add Comment