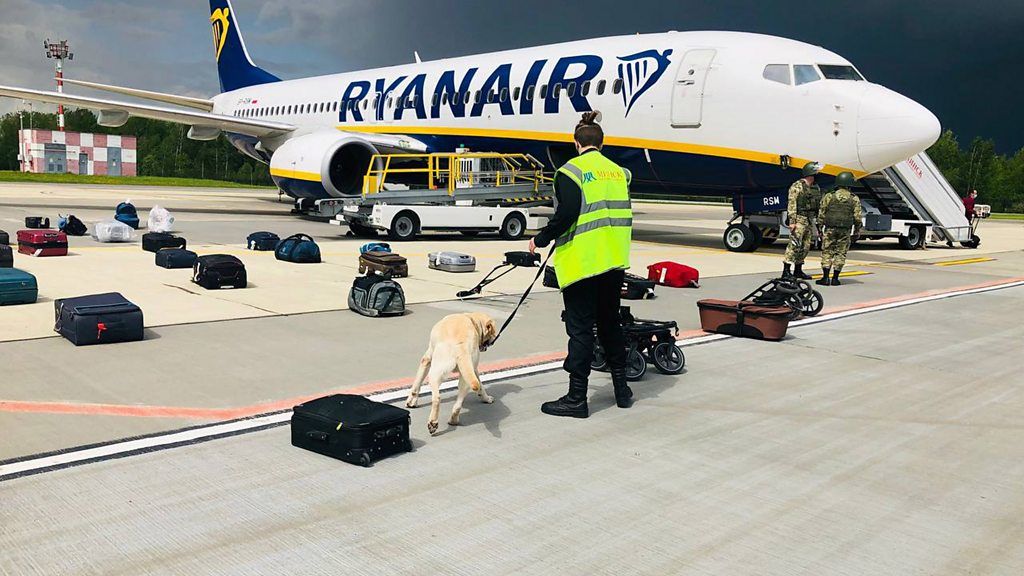 The UK government has told airlines to avoid Belarusian airspace after a Ryanair flight was diverted to Minsk and an opposition journalist arrested.

Foreign Secretary Dominic Raab told MPs the interception of the flight had been a "shocking assault on civil aviation".

Dissident journalist Roman Protasevich, 26, was removed from the plane and arrested at Minsk airport on Sunday.

Belarus scrambled a fighter jet to force the plane - which was travelling from Athens in Greece to Vilnius, Lithuania - to land in the Belarusian capital after saying there had been a bomb threat.

Mr Shapps said he has also suspended the operating permit of Belarus' state airline, Belavia, effectively banning it from the UK.

The airline's timetable shows it operates a three-times weekly flight from Minsk to London's Gatwick airport.

What has been the reaction in the UK?

Mr Raab told the House of Commons the interception was a "shocking assault on civil aviation and an assault on international law".

He added that further sanctions were being considered against Belarusian President Alexander Lukashenko's regime and that the country's ambassador in London had been summoned so the UK could convey its "condemnation of these acts".

The foreign secretary also called for the release of Mr Protasevich from the "spurious charges" he faces.

"Mr Lukashenko's regime must be held to account for such reckless and dangerous behaviour," Mr Raab added.

He said the UK was working to explore "every potential diplomatic option" and was "actively considering and co-ordinating with our allies on further sanctions on those responsible for this outlandish conduct".

Labour's shadow foreign secretary Lisa Nandy condemned Belarus' act of "modern piracy" which she said had amounted to a state hijacking, and was an "assault on the freedoms of the air and on freedom of speech".

She added: "Unless the consequences are swift, robust and co-ordinated it will create an extraordinarily dangerous precedent that will put journalists, dissidents and activists from the UK or anywhere else at risk every time they board a plane."

Conservative MP Tom Tugendhat, chairman of the Commons Foreign Affairs Select Committee, urged the government to call for the suspension of energy pipelines in Belarus.

He welcomed the government's new rules on flights, and asked Mr Raab if he would go "one step further" and "call for a suspension" of the Nord Stream 2 and Yamal energy pipelines that run through Belarus "which is where the money comes from that supports this tyrannous regime".

Mr Raab said the UK would "consider and consult with our partners and see what further action they are willing to take as well".

What sanctions are already in place? 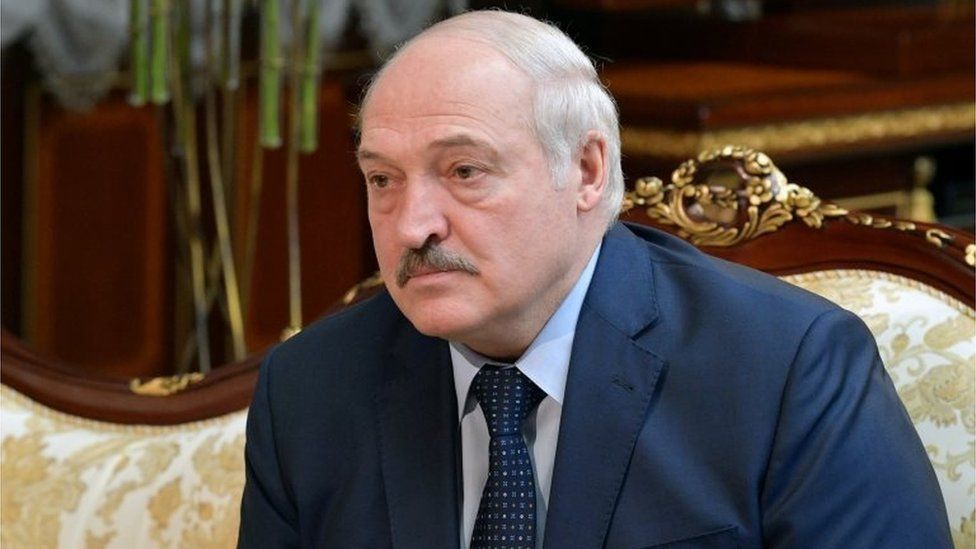 These restrictions - a travel ban and asset freeze against individuals associated with the government of President Lukashenko - have since been expanded to include 88 individuals and seven organisations.

Mr Raab told reporters on Monday that Britain would not wait for the EU to issue sanctions against Belarus first.

He said: "No, in the past we've led the way. We will continue to do so. But I do think it's important that we co-ordinate with our international partners to see what is the most effective means and way of applying additional pressure on the Lukashenko regime."

Questioned on whether restrictions on sovereign debt, potash and oil companies could come under consideration for possible sanctions, Mr Raab said: "We won't take anything off the table".

What else has been said about the incident?

The interception has attracted widespread criticism from across the European Union, with countries calling for the immediate release of Mr Protasevich and a full investigation.

"It appears the intent of the authorities was to remove a journalist and his travelling companion... we believe there were some KGB agents offloaded at the airport as well," Mr O'Leary added.

A spokesperson for the UK Civil Aviation Authority said following the government's decision it had "suspended all foreign carrier permits held by Belarusian air carriers until further notice" - a move which applies to scheduled and charter operators.

"The Civil Aviation Authority has also issued a notice to all UK-registered airlines requesting that they avoid overflight of any territory of the Republic of Belarus," the spokesperson added.

Who is Roman Protasevich? 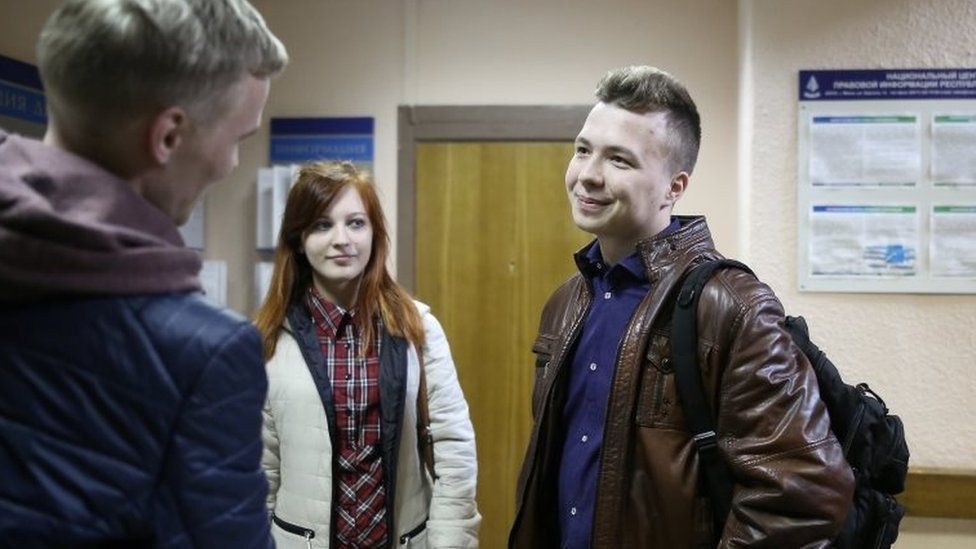 He is a former editor of Nexta, a media outlet with a Telegram channel that played a key role for political opposition during last year's elections in Belarus.

Mr Protasevich left Belarus in 2019 to live in exile in Lithuania. From there he covered the events of the 2020 presidential election, after which he was charged with terrorism and inciting riots.

The election, won by incumbent President Lukashenko, is widely believed to have been rigged.

President Lukashenko, who has been in power for 27 years, has been nicknamed "Europe's last dictator".

Mr Protasevich was in Athens to attend an economic conference along with Svetlana Tikhanovskaya, the opposition leader who claimed victory in the election and who also lives in exile in Lithuania.

He now works for a different Telegram channel, Belamova. He stepped in to write for it after blogger Igor Losik was arrested by the Belarusian authorities in June last year.

Mr Protasevich is being held in a detention centre in Minsk, Belarus' interior ministry has told state media in a statement.

The ministry said the opposition journalist had not complained of ill health while in custody.

Earlier his father, Dmitry, told the BBC he feared his son may be tortured in custody and could face the death penalty.