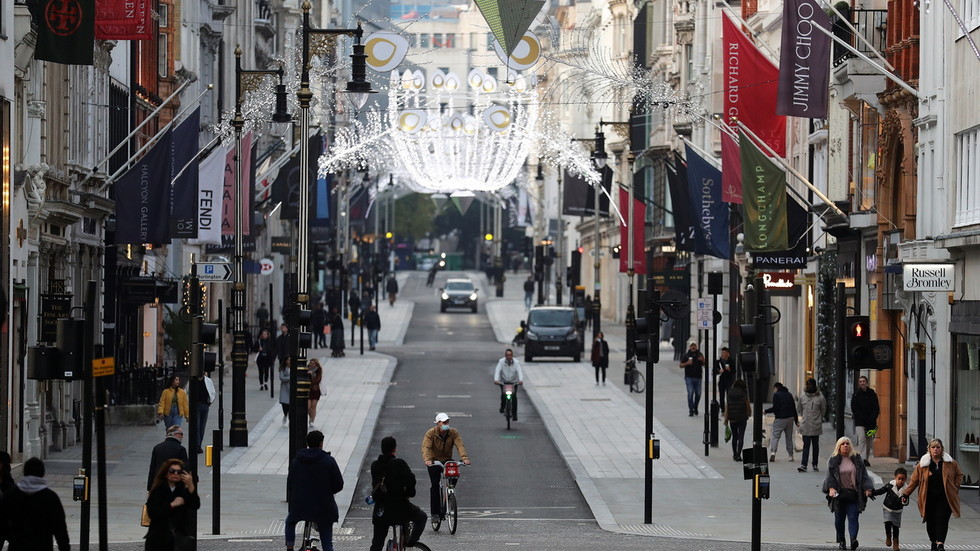 The British health secretary has warned that the Omicron strain will continue to spread, with 22 cases of the Covid variant already identified in the country. The minister says Christmas should continue as planned.
Speaking to Sky News on Wednesday, UK Health Secretary Sajid Javid confirmed that 22 cases of Omicron had been recorded in the UK. “At this point in time the case numbers are very low,” he stated, adding “we’ve got 22 confirmed cases at the moment and that will go up, it will certainly go up.”

Javid said that while there is not much known about the Omicron variant so far, he hoped that there would be more data within two weeks. He claimed it was highly likely that vaccines will remain effective against the mutant strain.

“Our best form of defence still remains our vaccines,” Javid stated, adding “It’s possible of course, it’s possible that it might be less effective. We just don’t know for sure yet. But it’s also very likely that it will remain effective against serious disease.”

The health secretary told the British public that there was no need to change their Christmas plans.

Britain, in response to the emergence of the Omicron variant, has moved to ban travel from six southern African nations and has committed to roll out more booster vaccines over the coming weeks.

On Tuesday, UK PM Boris Johnson vowed to make a booster available to all adults by the end of January, after the Joint Committee on Vaccination and Immunisation advised opening the campaign to all adults.

To date, 31% of those over 12 have received a booster shot.
#Boris Johnson  #Vaccines  #Johnson  #Covid
Add Comment