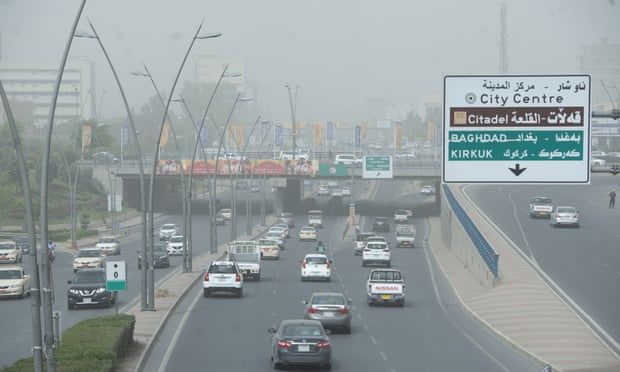 Foreign Office warns against all travel to the country where Islamic State is still a threat
Up to 30 Kurdish asylum seekers are facing deportation to Iraq in the first Home Office flight of its kind for a decade.

Iraq is deemed to be so dangerous that the Foreign Office warns against all travel there, warning of “a high threat of kidnapping throughout the country including from both Daesh [Islamic State] and other terrorist and militia groups”.

Home Office contractors involved with Tuesday’s deportation have had to undergo special training to help them deal with the risk of dangers such as kidnap or hostage situations. This training is not required for other recent destinations of Home Office deportation charter flights, such as Jamaica and Albania. The flight is scheduled to land in Erbil in northern Iraq, where the Kurdistan regional government is in control.

Protests against the flight took place on Monday in both London and Kurdistan. Many of those due to be deported are either asylum seekers or refugees in the UK and have families and children here. Some, speaking from inside detention centres, told the Guardian they have embarked on hunger strikes.

One man facing deportation said: “The whole process is shambolic. We are human beings. I’ve been here 20 years. I’ve got A-levels. I speak six different languages. I’m not a criminal or drug dealer, I haven’t done anything. The more I think about it, the more I get upset.”

Another man, a 35-year-old asylum seeker who arrived in the UK in the back of a lorry at the age of 15, speaking from his cell in detention on Monday afternoon told the Guardian that everyone due to be put on Tuesday’s flight was in a state of panic and fear. “I swear that every single person returned to Kurdistan will be in danger,” he said.

“Some have already received threats. We are worried that we will be grabbed as soon as we arrive at the airport in Erbil. In my country some people wouldn’t think twice about shooting us in the head. There are some ruthless people there.”

Bella Sankey, director of the charity Detention Action, said: “We know of at least 11 people with British children and grandchildren who could be deported to Iraqi Kurdistan. Many escaped here decades ago from the violence and turmoil in that region.

“With the persecution of protesters, religious minorities, children and LGBT+ people continuing in Iraqi Kurdistan, Priti Patel is displaying, once again, her complete disregard for the safety and human rights of people who have rebuilt their lives in our communities.”

Karen Doyle from Movement For Justice, an organisation that has been campaigning against Tuesday’s charter flight, said: “The Home Office is planning to send traumatised torture survivors to a dangerous and unstable region in a move which shows utter disregard for human life.

“The men we have been speaking to have made their lives in the UK and have wives and children here. Many have been unable to secure legal representation while detained. This government is ignoring individual traumas of those due to fly.”

A Home Office spokesperson said: “We make no apology for removing foreign criminals and those with no right to remain in the UK. This is what the public rightly expects and why we regularly operate flights to different countries.

“Individuals are only returned when the Home Office and, where applicable, the courts deem it is safe to do so. The New Plan for Immigration will fix the broken immigration system and expedite the removal of those who have no right to be here.”
#Priti Patel
Add Comment