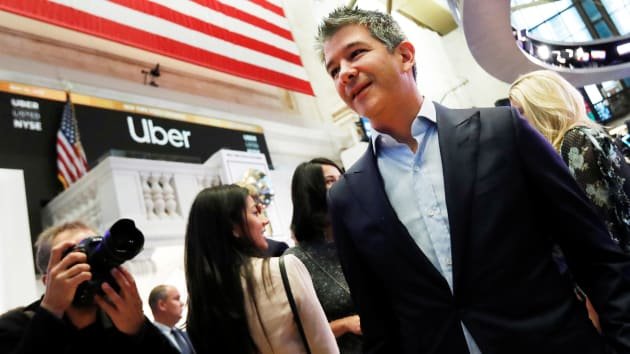 Uber’s 180-day restriction on inside and early investor sales came to an end Wednesday, sending the stock down that day in anticipation of a wave of sales. Kalanick, the former CEO of Uber who was ousted from the top seat after being accused of fostering an unhealthy workplace environment, sold more than 20 million shares held in a trust over three days last week, according to a financial filing submitted to the Securities and Exchange Commission on Friday.

Uber’s stock has plummeted to about $27 per share as of Friday’s closing price from its opening price of $42 at its May debut. The company’s market value is now about $45 billion, down from nearly $70 billion at the end of its first trading day.

Kalanick still directly owns more than 75 million shares in Uber, according to the filing. Despite his tenuous relationship to the company following accusations of sexual harassment and discrimination at Uber under his leadership, Kalanick still sits on the board and was present at the New York Stock Exchange during the company’s IPO in May, though not on the dais with company executives.

While it’s unclear why Kalanick chose to sell his shares, he could use the money to help fund his new venture, CloudKitchens. According to its website, the start-up plans to rent space to restaurateurs for delivery-based businesses. The project has again cast controversy on Kalanick after The Wall Street Journal reported he raised $400 million from a Saudi fund that is also a major investor in Uber, the fund’s first known deal in Silicon Valley since Jamal Khashoggi’s death. The Central Intelligence Agency concluded last year that Saudi Crown Prince Mohammed bin Salman ordered the killing of Khashoggi, a Washington Post columnist.
#Jamal Khashoggi
Add Comment